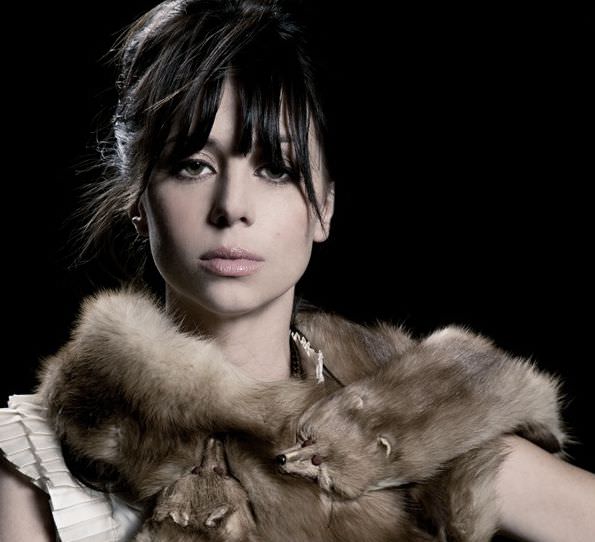 Sixteen lovelorn bachelorettes bunk up in an L.A. mansion where they’ll compete for the heart of hunky firefighter Mark Orlando and, naturally, embark on some epic makeout sessions and drunken catfights along the way. If it sounds like the “plot” to just about every reality show out there, that’s because it is. But Burning Love, an instant cult classic that started as a Yahoo web series and began its TV run on E! Monday night, has only one goal in mind: making fun of the Bachelor and its ilk while making audiences double over in laughter.

Created and written by Erica Oyama, the real-life wife of series director and star Ken Marino, and produced by Ben Stiller, Burning Love lures in viewers with the usual reality show institutions: the smarmy host (Michael Ian Black), the born again Christian contestant (Kristen Bell), the train wreck who can’t find a good man (June Diane Raphael). But then things go off the rails with a roster of desperate singles that ranges from the blind (Carla Gallo) and homeless (Malin Akerman) to the pregnant (Morgan Walsh), octogenarian (Helen Slayton-Hughes), cross-dressing (Ken Jeong), and the anonymous beauty who spends her time on the show in a panda costume (played by an A-list star that we won’t spoil for you here).

Still, when it comes to over-the-top personality and hyper-aggressive sexuality, none of these ladies can hold a candle to Haley (Natasha Leggero), a sex addict who marks her territory in the Burning Love mansion by stumbling around drunk and never, ever wearing pants. Natasha, a stand-up comedian known for her work on Last Comic Standing and Chelsea Lately, talks about her time on the funniest new show of the spring.

The Credits: So does someone just show up with a wheelbarrow full of cash when a web series gets picked up by a TV network?

Leggero: It’s a little like that. [Laughs] We do get an email saying we’re going to get more money. But usually when you agree to work on these kinds of projects it’s because you know the people involved. So much of the paid work you do isn’t that exciting creatively, so I think most of us would have done this for free.

You already knew Ken Marino and The State guys?

I auditioned for Reno 911 when I first moved to L.A. and that was one of the first big jobs that I got. Then they kept using me to play various 'sex freaks' in a few pilots. I think I played a sex robot in one and a Hooters waitress in another and then a pants-less hooker in another. So when they needed someone to play a pants-less sex freak they thought of me.

That’s kind of a compliment, right?

[Laughs] I’m the one who initially pitched the idea of someone not wearing pants, so I shouldn’t complain. But little did I know I would be playing that role for the next eight years.

Does Haley on Burning Love have any more layers than being a pantless trouble maker or is what you see what you get?

Did you base the performance on any specific reality show or contestant? It seems like you would need a working knowledge of these shows to parody them.

Right now these shows have gotten so absurd that just to figure out how to parody them is an accomplishment. I mean, I think one girl this year doesn’t have an arm. They’re clearly trying to get people to tune in based on some sentimental connection. But did I watch those shows? No. I have a life. But they’re like pollution so you can’t escape them—like Katy Perry or Ke$ha.

It was that hard to out-ridiculous the real thing?

Right. That’s why Burning Love is so good, because they were able to do that. It’s through subtle performance and great writing.

Now for the question on everyone’s mind: What are you really wearing down there?

[Laughs] I was wearing these nude underwear, almost short shorts. Everyone kept coming up to me—the actors and especially the producers—and they’d say, ‘We just want to thank you. You’re so brave.’ And I was like, ‘God, I must really look awful if everyone keeps apologizing!’