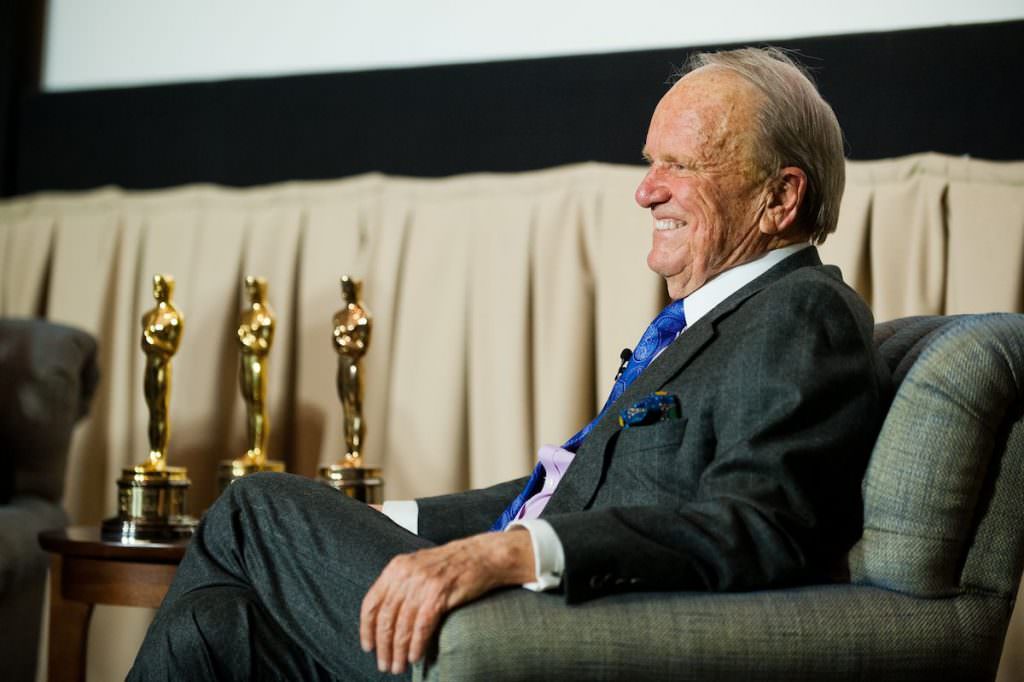 An Evening With George Stevens Jr., Celebrating his Honorary Oscar and his Remarkable Career

George Stevens Jr. has lived and breathed films since he was a child. His father, the legendary director George Stevens, instilled in Steven fils a love of story. It was a teenage George Jr. who paced around his father’s bed one night, excitedly telling him the truncated story of a book he had read that his father should turn into a movie. That movie turned out to be the legendary western Shane (1953), which went on to six Oscar nominations, including Best Picture (and one win, for cinematographer Loyal Griggs). Father and son worked on The Diary of Anne Frank (1959) together (dad directed, son associated produced), which was nominated for eight Oscars (Best Picture, again), winning three for best supporting actress, best cinematography, and best art-direction.

George Stevens Jr.’s career has been no less remarkable than his father’s.  At 30, he was named head of the United States Information Agency’s motion picture division by legendary newsman Edward R. Murrow.  At 35, he was the founder of the American Film Institute, which was instituted as an independent non-profit organization created by the National Endowment for the Arts. The institute’s aim was to preserve the legacy of American film heritage (inarguably one of the nations most popular exports) while educating the next generation of filmmakers. Under Stevens’s leadership, the institute created the Center for Advanced Film Studies at Greystone (the Doheny Mansion in Beverly Hills) in 1969. Future filmmaking luminaries such as Terrence Malick and David Lynch were in the very first class. The school became the AFI Conservatory, often considered the best film school in the world. Stevens served as the director of the institute from its founding until 1980.

Stevens was not just a film educator and champion, he was a filmmaker. He wrote the play Thurgood, which ran on Broadway and was later adapted and filmed for HBO. He has received fifteen Emmys, two Peabody Awards, the Humanitas Prize, and seven Writers Guild Awards for his television productions, including the annual Kennedy Center Honors, Separate but Equal, The Murder of Mary Phagan, and We Are One: The Obama Inaugural Celebration at the Lincoln Memorial.

In 1998, Stevens produced the Terrence Malick helmed WWII epic The Thin Red Line, which was nominated for seven Academy Awards, including Best Picture. In 2006, he wrote Conversations with the Great Moviemakers of Hollywood’s Golden Age, which was the first book that put all the indelible interviews of legendary filmmakers from AFI’s Harold Lloyd Master Seminar Series. As moderator Bob Gazalle told the audience (the current President and CEO of AFI), Wes Anderson was visiting a class at AFI and held up George's book and said, “this is all you need to know about filmmaking.”

In 2009, President Obama named Stevens co-chairman on the President’s Committee on the Arts and Humanities. Fittingly, Stevens is now working with his son, Michael Stevens, and they are nearing completion on a feature length documentary on the famed political cartoonist Herb Block.