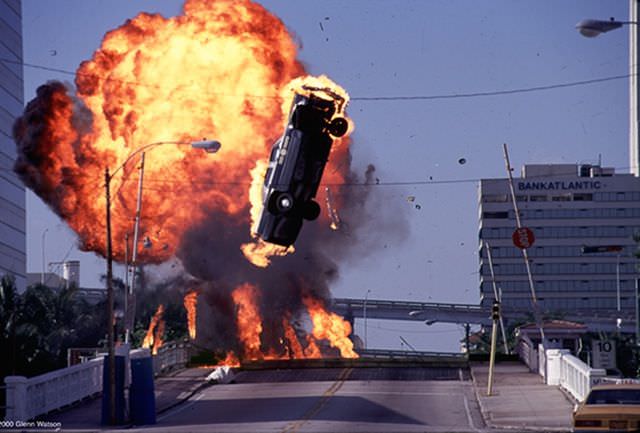 The Human Insurance Policies: Sit in for a Master Class With Veteran Stunt Professional Hugh O’Brien

Imagine getting punched, stabbed, crushed, drowned, set on fire, thrown out of buildings, run over, blown up, and electrocuted—and imagine getting paid for it. Meet Hugh O’Brien, a man who makes his living dying (while making sure no one on set actually does).  “We’re human insurance policies,” O'Brien says. O'Brien is our second professional stuntman in our two-part series on the subject of men and women who make their living putting their bodies on the line for the films we love.

If you think all it takes to be a stunt professional is fearlessness and a touch of insanity, you’d be seriously mistaken. While a director and a movie star might feel like the success or failure of the film is riding on their shoulders, the stunt professional has to make sure the film’s stunts (often the biggest and most expensive set pieces in the entire shoot) look absolutely real while having the very lives of the cast and crew on their shoulders. The pressure is enormous.

O’Brien isn’t just a stunt performer, he’s been a stunt rigger and coordinator, the latter being the top stunt job on any major motion picture or television show. He’s worked on more than 100 films and 80 television shows, including giant blockbusters like Master & Commander, Pirates of the Caribbean and Twilight.

The Credits talked to this veteran stunt professional to find out how the men and women who flip, fall, fight and get set on fire in our favorite films and shows survive their own careers, and make sure everyone else on set survives, too. 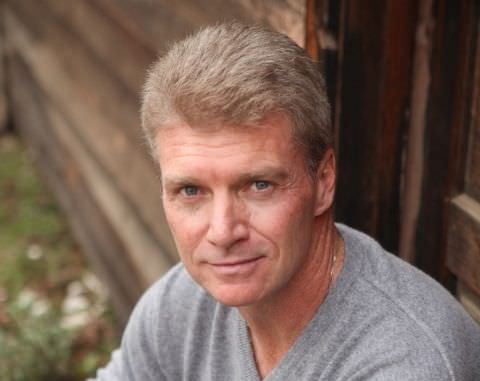 THE CREDITS: When did you know you wanted to be a stunt performer?

HUGH O’BRIEN: I was born and raised in New York, and I began dreaming of becoming a stuntman at the age of 8, after seeing the movie Bullitt starring Steve McQueen. I started working in local theatre productions at the age of 13, on the lighting and stage crews. In May, 1985, I joined "The Hell Drivers," a live auto stunt show that traveled around the east coast and Canada. Returning to NYC in the fall of 1986, I earned my SAG card in commercials and quickly graduated to television series and feature films. After working in New York for four years, I moved to Los Angeles in 1990.

Almost everyone knows what a stunt is, but can you explain to us in more detail what a stunt performer’s life is actually like?

Stunt performers belong to the same union as actors (SAG-AFTRA) and are paid the same contract rate as a regular actor. Stunt performers are usually hired based on the reputation of being professional on set, looking like the actor or character needed to tell the story and the ability to perform certain skills. Stunt work is a hazardous occupation and there is no training on set. It's why most stuntmen and stuntwomen are usually former professional athletes in various disciplines with the experience needed before they even show up. Our members include former bull riders, ex-circus performers, racecar drivers, motorcycle racers and martial arts experts. Many have skills in multiple areas. We are action actors who give physical performances as opposed to regular actors who give emotional performances.

But to be a stunt performer, you have to be a bit of a daredevil, no?

I’m not a dare devil, I’m a stunt man. Evel Knievel was a daredevil. He just kind of went for it. We’re trying to create stories. We have to crash a car multiple times, set ourselves on fire multiple times, it’s a routine. If you see a guy catch on fire in a bedroom, then go running out of the bedroom, fall down the stairs, run through the living room, jump through a window, and toss himself into a pool to put himself out, the stunt person might have been set on fire and put out a half dozen or more times for that one sequence. It’s repeatable. That’s why we’re athletes. A fire burn is a routine. A car chase is a routine. A fight is a routine. You have to film it from different angles; you do it over and over. Like actors, you do a scene 2, 3, 10, 20 times. Stuntmen are human insurance policies. We’re good business.

Still though, you are jumping off of buildings and flipping cars for a living.

We’re not crazy. We spend a lot of time and effort calculating risk and taking the risk out of it. I’ve been a professional stunt man since 1985, and I’ve never been seriously injured while at work. This is the only way I’ve made my living since 1985. We spend an enormous amount of time planning. We’re performers, we want to perform, and you can’t perform if you’re badly injured. It’s more dangerous on the way to and from work than at our actual jobs. On my actual job, I’m working with the guy who’s going to gun his car at me and force me to jump out of the way to avoid it at the last second. But I know he is working with me and we both are working together to create an image and an illusion.

So no professional scars, then?

I’m fairly fortunate. I’ve never broken a bone during work.  I’ve had sprains, strains, soft issue damage, five stitches from a scene when I was being pummeled in a river, and the production team that combed the river to remove any potential debris missed a broken beer bottle, so I cut my hand on that. I’ve also had some glass-related cuts from jumping or being thrown through windows.  Just for an example on how I'm safer on set than off, once, on the film In the Shadows (2001) I ended up performing a car stunt on a 181-foot long jump off a ramp. I didn't get a scratch on me, but I cut my arm the next day removing my belts from the car.

What's your most memorable moment on set?

On We Were Soldiers (2002) I was hanging from the skid of a helicopter, 100-feet above the ground, as well as doing a huge full burn in the middle of a napalm run. But the reason it's the most memorable is I got married on location during the shoot.

Awww. So, how do you know when you’ve nailed a stunt?

The best compliment is when the audience believes the actor really did what they just saw on the screen. How many years did audiences believe Errol Flynn, Douglas Fairbanks and John Wayne were doing their own stunts? It’s getting harder for us, however. Audiences have become so knowledgeable with the proliferation of ‘behind the scenes’ footage and information (like this article!) showing how things are done, how the magicians do the tricks, it makes it harder. Starting in the 80s with shows like That’s Incredible that gave away our secrets.

You have worked in all levels of stunt performance, but most people don’t know what a ‘stunt rigger’ is, can you explain it to us?

A stunt rigger is an experienced stunt person that understands the working intricacies and physical mechanics of how stunt equipment works. They will design, build and test the mechanical systems to help the stunt performers do their job. They are usually well versed in the performance of all types of stunts as well as how the camera works and what the camera will see. It's this blend of art and science that make the stunt rigger an integral but often unseen part of the stunt team. Riggers can be responsible for everything from fabricating specialized equipment for a stuntman to perform a particular stunt to arranging and laying out landing pads. It can include setting safety lines for the crew to move around on a set, to welding roll cages [for stunt cars]. Stunts involving any type of equipment, like air ramps, air ratchets, pipe ramps, flying by wire, fire, water, heights…all of this needs to be properly set up.

If a film crews’ average day is 12 hours, an average day stunt rigging is about 14-16 hours. A lot of times we'll actually do the stunt ourselves in early testing and then put the performer in for final testing and rehearsal depending on their availability. We work with actors when they are doing some of their own stunts. Especially flying work and cable rigs to get them comfortable enough with the equipment and still be able to give a performance.

Rigging is a job with lots of responsibility. We have the lives and well being of the stunt performers, highly paid and popular actors, as well as the cast and crew in our hands every single day. We are not allowed a bad day at work. If we have a bad day someone can get seriously hurt. Or worse.

And what about the role of stunt coordinator?

As the stunt coordinator you’re going to find out what story the scene is trying to tell and how the director and DP want to see it. Then you’re gong to scout the location. So say it’s a cops and robbers car chase that ends with a car careening through a park and into a lake. The coordinator scouts the streets, the bank, the park, and the lake, figures out how to design the crash, helping create ideas to improve the action while honoring the story. You’re also working with the camera crew, actors, wardrobe, lighting people, sound people, city permits, you’re planning this all out while you’re also hiring your crew—stunt doubles for your actors, ND’s (non descript) for background stunts, etcetera.

With all that said, safety, however, is the overriding job of a stunt coordinator. How to get the stunt performers to do the required scene safely. That includes the crew. You’re trying to protect everyone. Let’s say two cars are racing, and the director wants the cars to zoom right past the camera, really close, well that’s a dangerous spot for a cameraman to be standing, what if the car blows a tire and the driver loses control, or any number of unlikely but potentially fatal accidents? You figure out how to get what the director wants without putting anyone in harm’s way. In this case, perhaps you’ll have a locked off camera, or use a crane, anything to keep a person away from that camera.

Well, it sounds like an incredible, slightly terrifying and super stressful career. But, no boring days, huh?