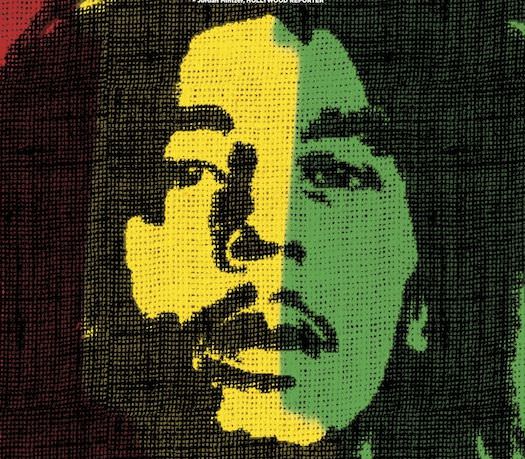 The first weekend in January is often a good time to recuperate after the Thanksgiving-to-New Year's Eve carnival of consumption. So, while you’re starting your new workout regimen (yup, pushups and sit-ups are still as agonizing as last January), finally cracking open Moby Dick (Call you Ishmael? Call me intimidated), and deciding if you can really eat a heaping helping of quinoa every day (you probably can’t), we’ve got you covered for when you want a break from your resolutions.

One miraculous debut, one epic Sci-Fi mind bender, and one underrated creepy thriller all recently available on Netflix–

If you haven’t seen Beasts of the Southern Wild yet, you might as well get on board to see what all the fuss was about and check it out on Netflix. Quvenzhané Wallis gives a stunning performance (she was six when the film was shot) as Hushpuppy, a young girl who lives in the mystical Mississippi Delta enclave known as the Bathtub, and is on a quest to find her long-lost mother. Read this piece on Slate about the debate on whether a child that young is actually acting, or, simply being their magnetic, guileless self. The reason this is a debate at all is she’s a potential Oscar contender for best actress, and Slate’s point, which we second, is she deserves the nomination. Watch it, and you’ll see why. It’s also available on Blu-ray.

Looper, Rian Johnson’s Sci-Fi epic is about Joe (Joseph Gordon-Levitt), a hired assassin in the year 2044 known as a Looper, who kills people sent from the future. Although time travel has been outlawed by 2074, organized criminals send their victims back in time 30-years to be executed. Joe is faced with the prospect of killing his older self (Bruce Willis), in which he will be paid handsomely to 'close his loop,' allowing him to retire for thirty years before he ages into the very man who will be murdered. This is a mind-bending and wildly original romp, and it's out on Blu-ray as well as available on Netflix. Read Claudia Piug’s review in USA Today here.

It sort of came and went, but you can watch Red Lights instantly and see for yourself that this underrated thriller, starring Robert De Niro, Sigourney Weaver and Cillian Murphy, has some interesting conceits of its own. The film revolves around professor Margaret Matheson (Weaver) and her assistant Tom Buckley (Murphy) as they set out to debunk  supernatural phenomena. The two attempt to discredit the renowned psychic  Simon Silver (De Niro), who is recently remerging in the public eye after an incident in which his former nemesis who was investigating his work died under suspicious circumstances. There’s a whole slew of twists and turns in Rodrigo Cortés film, and it doesn't hurt to have three top-notch actors leading the way.

As the Golden Globes and Oscars inch (or ceaselessly hurtle, depending upon your perspective) towards us, we know you’ve heard about (and probably seen) many of the big-name films—Argo, Lincoln, Django Unchained, Life of Pi, Les Misérables, Silver Linings Playbook, The Master, Zero Dark Thirty (which opens wide next Friday)…but what about some of those films you may have heard were good but never got a chance to check out? Perhaps they’re in our list below, all available on Netflix:

Arbitrage, Nicholas Jarecki’s film is about 1-percenter Robert Miller (Richard Gere), a Madoff-like investment magnate who’s trying to divest his trading empire before his fraud is exposed. Gere’s performance has award-watchers wondering if the 63-year old actor might finally nab his first Oscar nomination. The speculation is justified, Gere’s terrific. He manages to get you highly invested (pun intended) in whether he will finagle his way out of this high-stakes hell of his own creation. Arbitrage also boasts a stellar supporting cast, including Susan Sarandon as his wife, Tim Roth as a police investigator looking into his case, and the rising star (and uniquely riveting) Brit Marling as his daughter and the CFO of his firm.  Read Jeannette Catsouli’s review on NPR.org here.

Bachelorette is a film you don’t want to watch with your parents (or your kids, or anyone who’s squeamish), but there’s something admirable in this anti-Bridesmaids (another funny movie, but impossibly sweet by comparison). Directed by Leslye Headland (she adapted the film from her play), Bachelorette showcases a selection of bridesmaids you would not want to meet walking down any aisle, be it a church or a supermarket. Regan (Kirsten Dunst), Gena (Lizzy Caplan) and Katie (Isla Fisher) play the three demons-in-dresses, foisting a bevy of their issues on the bride-to-be, Becky (Rebel Wilson). NPR’s Stephanie Zacharek offers this review, which pretty much represents the bulk of those that were positive—this is a funny, oft-nasty film, but one that won’t bore you.

Compliance. This film about a fast food chicken chain in Ohio receiving calls from a police officer in regards to an employee who supposedly stole money from a customer is, believe it or not, the scariest film of 2012. As Roger Ebert wrote this past August, there were multiple reports of people walking out of screenings because the film was “all too effective at exposing the human tendency to cave in to authority.” Writer/director Craig Zobel’s film is not gory and contains no horror, yet it utterly terrifies as a psychological thriller that was called “the most uncomfortable film experience of my life” by Huffington Post writer Lucas Kavner. The kicker? This film is based on a true story about a string of cases in 2004 in which a man pretending to be an authority figure called a McDonald’s in Mount Washington, Kentucky, and demanded strip searches of employees. There were 70 of these cases. The film is unflinching as it looks at the depths people will sink to, often against their own better judgment and their own humanity, because an authority figure tells them too.

We'd get into any car David Cronenberg was driving, and we suggest you file into the bullet-proof limo cruising through his adaptation of Don DeLillo’s Cosmopolis, another film this year that dealt with the divide between the 1 percent and the 99 percent (not to mention 2011’s excellent Margin Call.) Yet this handling of the divide between the 1 percent and 99 percent is nothing like you've seen before, as it's sprung from the pages of one of America’s most electric postmodernists and was adapted for the screen by one of the most daring filmmakers working today. The gap between the super rich and the rest of us this film showcases is, as Dana Stevens of Slate beautifully put it, “an unsoundable abyss.” The anti-hero protagonist, Eric Packer (the ice-cold Robert Pattison, perfectly cast), a 28-year old billionaire (or is he a trillionaire?), spends the majority of the film riding through a city vibrating with anger, resentment and violence—at men of his ilk, no less— all in an effort to across town to get a haircut. Packer remains, for the most part, unmoved as the world around him and his own personal fortunes crumble. And as far as settings go, Cronenberg creates magic with the interior of that tricked-out, souped up bulletproof and cork-lined super-limo.

Marley features dozens of interviews, incredible concert performances and rare footage of the eponymous legendary reggae icon, doing justice (and maintaining admirable balance in the face of Marley's monolithic fame and adoration) to the legend without creating a hagiography. You can rent the DVD or stream it live on Netflix, and read Stephen Holden’s review in the Times here.

Premium Rush, David Koepp’s kinetic bike messenger action pic stars Joseph Gordon-Levitt as Wilee  (pro-nounced ‘Wylie,’ as in Wile E. Coyote) one of those (seemingly) lunatic couriers racing through the snarl of Manhattan traffic. To make Wilee's journey that much more dangerous, he uses a bike without gears or breaks, no less (they’re called fixed gears). Wilee gets himself into all sorts of trouble involving a mysterious package that needs to be delivered to Chinatown and a rogue plain-clothes cop (played by one of the best character actors working today, Michael Shannon) that wants a piece of whatever it is he’s carrying. EW’s Owen Glieberman called it “Top Gun on bike wheels,” and he meant it as a compliment.

Comedian and filmmaker Mike Birbiglia directed, co-wrote (with Ira Glass) and starred in the Sundance favorite Sleepwalk With Me. The film’s about the relationship between Matt, a struggling comedian and bartender (Birbiglia) and his girlfriend Abby (the appealing Lauren Ambrose). Matt’s comedy routine goes from barely tolerable to laugh-out-loud funny once he starts sharing tales of his own relationship woes. The problem is, as his comedy routine begins to grow, his relationship (and his serious sleeping disorder, hence the title) threaten to upend him. Funny, fresh, and sincere—read Duane Byrge’s review in The Hollywood Reporter here.

The story of the Detroit singer-songwriter known as Rodriguez going from a largely unknown American musician with a well-regarded album, “Cold Fact,” that bombed in the U.S., to an anti-establishment inspiration in early 1970s South Africa would be hard to believe as a piece of fiction. Yet Searching for Sugar Man is a documentary, and a mind-blowing one at that. Getting at the mystery of just who was Rodriguez, how he became something of a legend in Apartheid-era South Africa, and where he disappeared to, is documentarian Malik Bendjelloul. He's delivered a compelling, beguiling and beautiful film. Read Manohla Dargis’s review in the Times here.

For something a little lighter than much of the above, we suggest you check out these two great sites. The first (fun for kids) is a new university website…for monsters. Yup, those loveable beasts from Monster’s Inc. know the importance of higher education, hence their enrollment to Monster University.

And for the movie poster lovers out there (who doesn’t love a great movie poster?), check out Indiewire’s wrap up of the best of the bunch from 2012 here.