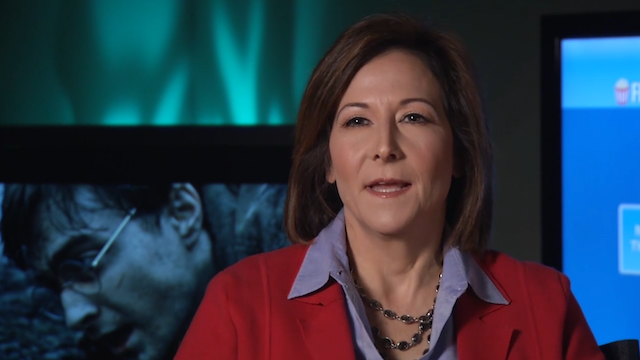 To the uninitiated, Warner Bros.' innovation-focused Technical Operations department–or 'Tech-Ops,' as it's affectionately dubbed–sounds like a futuristic invention from an upcoming J.J. Abrams flick. But Warner Bros.' flourishing technology department is hardly a work of fiction. The department is devoted to the future of film; whether it's all things digital, content in the cloud, piracy protection, or game-changing industry advancements like 3D, 4K, and 48 frames-per-second. Warner Bros.' Tech-Ops Department is the crux of the studio's forward-looking endeavors, and it's where the studio goes to work on coming up with the latest and greatest revolutions in film.

The department itself, poised in the throngs of buildings that nestle against the iconic Warner Bros. lot, is a reinvigorating departure from stodgy, corporate workplace culture. Tech Ops employees work in a decidedly 'start-up' environment, with access to a ping pong table, communal work stations, a robust snack table filled with retro candy, and a room devoted solely to 3D viewing with stacks of red-and-blue-lensed glasses on every table. Everywhere, movie posters from past and present adorn the walls. Employees gather for meetings around flat-screen TVs displaying lines of unintelligible code with tablets hoisted under their arms. This, ladies and gentlemen, is the future of film, and it couldn't be more exciting.

The Credits recently sat down with Warner Bros.' Tech Ops President Darcy Antonellis, to gain insight into the studio's tech efforts, their vision for the future of film and TV, and to check out the department's high-tech culture.

A visionary through and through, Antonellis has served as President and Chief Technology Officer at Warner Bros. Technical Operations Department since 2008, where she leads the studio's forays into emerging technologies, platforms, and social media channels. Her team is committed to making sure viewers can safely and conveniently access entertainment content across the diverse spectrum of viewing devices, while keeping a finger on the pulse–and well ahead of the curve–of emerging revolutions in film production. In addition, Antonellis and her department are constantly working to remedy industry issues from piracy, content distribution, and the always-morphing landscape of media.

Watch our intimate interview with this incredibly accomplished and savvy innovator to see how Warner Bros. is pioneering into the next evolution of film and television content.

And for more insight into the Technical Operations Department at Warner Bros., check out this recent LA Times feature on Darcy Antonellis and her team.