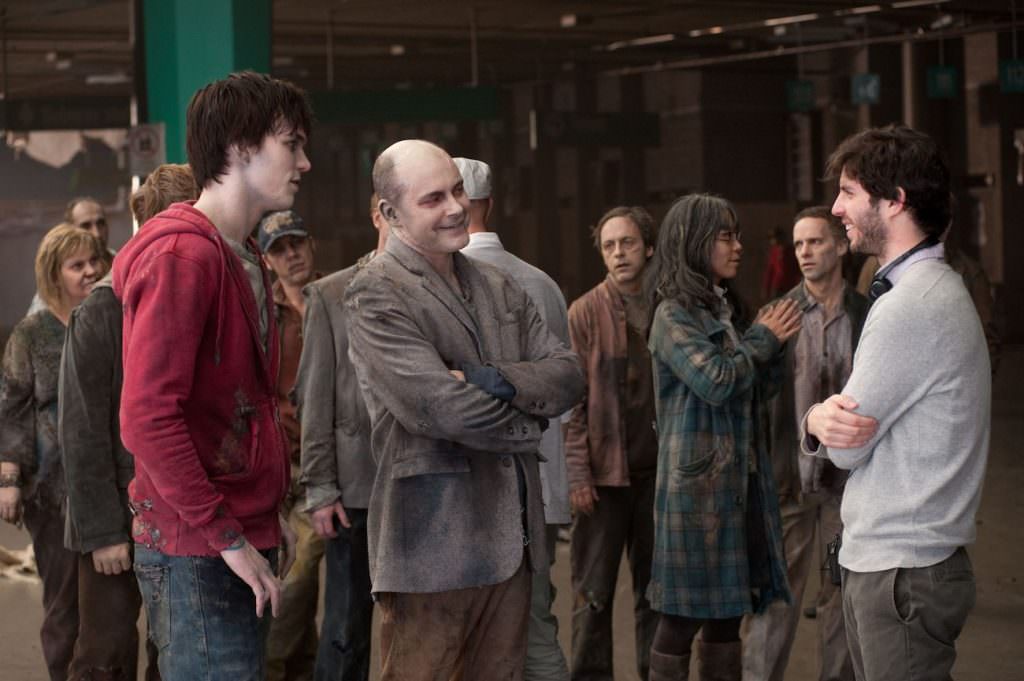 How do you Make a Zombie a Sex Symbol? We Speak With Warm Bodies Writer/Director Jonathan Levine to Find out

It’s no easy to task to make a zombie palatable (let alone credible) as a love interest in a film. Yet, that’s exactly what writer/director Jonathan Levine (50/50, The Wackness) has done with Warm Bodies, which he adapted from the Isaac Marion novel of the same name. The film centers around the budding paranormal romance between a zombie named R (Nicholas Hoult) and a kick-ass young woman named Julie (Teresa Palmer), who he saves from his fellow undead for reasons he’s not entirely sure of at the time. Little do either of these young would-be lovers realize that their relationship might have major implications for all of mankind.

This unlikely love story sounds, well, preposterous on paper—sure, a novelist can pull this off, what with unfettered access to R’s thoughts (this is not The Walking Dead or 28 Days Later, zombies in this post apocalyptic world still have a flicker of consciousness that slowly, but surely, molder like the rest of their bodies), but to pull this off in a film without succumbing to wink-wink knowingness or by totally subverting the whole zombie genre is a neat trick. Levine pulled it off. In an early scene in the film, the pilot light of humanity can be seen just barely twinkling in a very funny scene between R and his zombie friend, M, played by the reliably hilarious Rob Corddry.

We spoke with the writer/director about finding that balance between comedy, romance and horror the story called for, how The Sex Pistols helped inspired his idea of how R would look, and the trial-and-error of creating the genuinely creepy ‘Boneys,’ the zombies whose flesh has completely deteriorated and who exist in a state of perpetual, violent hunger. 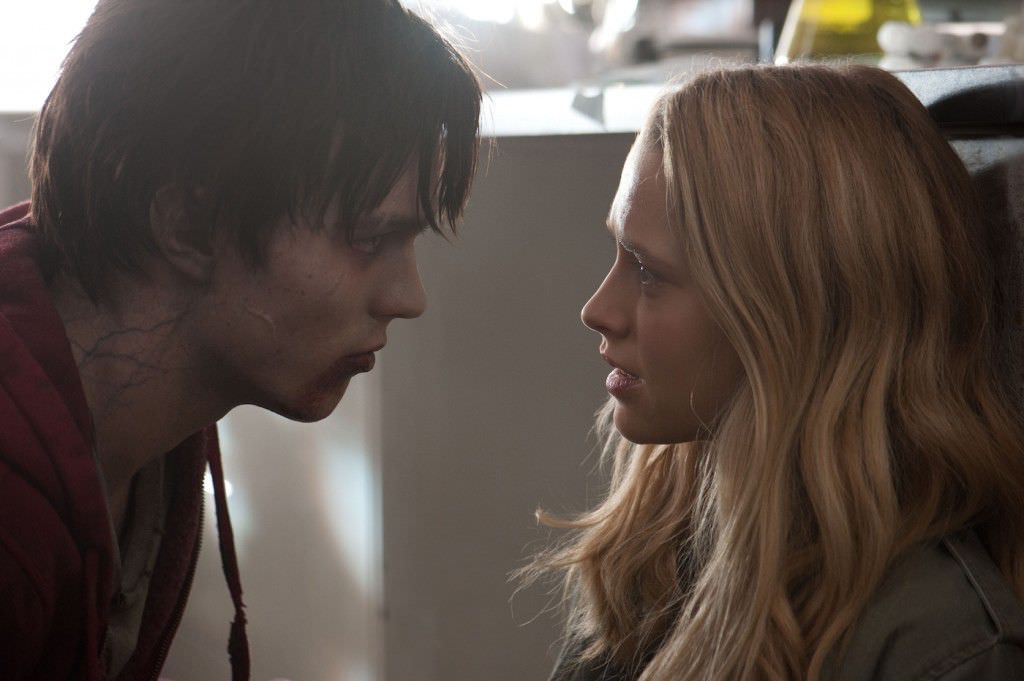 We caught the screening here in New York. People were really enjoying themselves, laughing, hooting…

That’s great to hear. At this point I sort of tell people to stop telling me stuff, it filters back to you so much, and it always gets in your head if it’s negative. But we did test it as we were editing it, and we got great responses.

Was it difficult adapting Warm Bodies for the screen from Isaac Marion’s novel.

It’s a bit of a challenge, to adapt a book told from the point of view of a zombie, but Isaac had clever devices that allowed you to build the world out a little bit. Beyond that, one of the great things about the book is that, structurally, there wasn’t that much that needed to be done to it. A lot of people say adapting is harder to do than to write an original screenplay, but I think it’s easier. When a book has such a great structure, it really is a pleasure…and if you get stuck you can always go back to the source material. The other nice thing is you have a level of critical distance form it. When you’re adapting you can see the forest for the trees.

Tell me about the creation of the very creepy Boneys, the supremely non-lovable zombies who threaten to destroy (read; eat) everyone we come to care about in the film (they appear at the 2:14 mark in the above trailer.)

It was something that actually required a lot of attention in pre-production. We definitely worked with our concept artist on a lot of different concepts. In the book, the Boneys are described as skeletons; they’re the result of what happens when a zombie has continued to rot away for many years. There’s some line about how your skin dries up and your flesh turns to dust. My original idea was I wanted to do it like stop-motion skeletons, like a Jason and the Argonauts type thing, and it would have been cool, but, because so much other stuff in the film is irreverent, I wanted the stakes with the Boneys to be real, and people wouldn’t take them seriously as a threat as stop-motion animated skeletons. So we basically did a lot of concept art and once we got a concept that we liked, we worked with our visual effects team to get their movement down. That was really hard, figuring out how we wanted them to walk. At first we gave them a twitch, but that felt too goofy, so we ended on what was most scary, a T-1000 kind of walk [Robert Patrick's walk from Terminator 2: Judgement Day]. Warm Bodies isn’t a movie where the number one goal is to scare people. The tone of the story is much more along the lines of Gremlins than 28 Days Later, but we wanted the Boneys to be credible as a threat. Those are the stakes the movie. 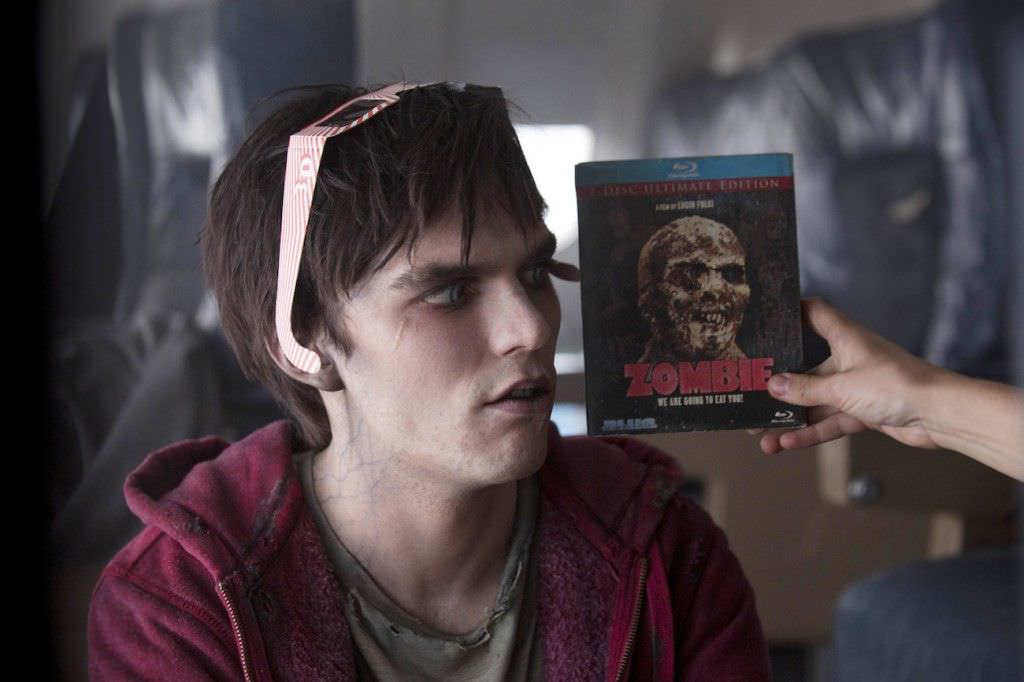 How did you come up with the right balance for the regular zombies so they were still clearly and recognizably the living dead, but, not The Walking Dead-level gross so that the love story could be credible?

We did references for them, we looked at images from the depression, and for Nick’s zombie we gravitated towards punk rockers, especially Sid Vicious, who was a pretty dirty, scummy guy but also has degree of sexy danger about him. At first blush, you hear this idea [of a zombie/human love affair], and it does sound preposterous, but we wanted to make sure they felt like zombies and not cartoony, and that they were in line with the traditions of zombies. Then we had to work with the right concept, which was our punk rock idea, and we had a great makeup artist, Adrien Morot, who pushed us as far as we could in the direction of a real zombie without making it seem like no one would ever want to be with this zombie. The other little trick there is as he became more human, we went through different stages of makeup so that the first time Julie sees him, he’s covered in brains and blood, and then we slowly dialed that back throughout movie.

What were some of the biggest challenges for you pulling this film off?

I think the two biggest things other than technical things were, first, the tone. We wanted to make it as funny as you can without sacrificing the stakes of the movie. And there’s also the arc of their relationship, making that as realistic and believable as possible within this framework that has such a high degree of difficulty. There were days I thought, ‘man, I wish I could do something more straightforward, more simple,’ but those aren’t the things I’m attracted to.

It was a pretty big departure from your last film, 50/50, about 27-year old Adam (Joseph Gordon-Levitt) who gets a potentially fatal cancer diganosis. How did your experience on that film prepare you for this one?

There were some similarities with the challenge of addressing tone in that film and Warm Bodies. A lot of what I learned on 50/50 prepared me for this movie. What I do think they have in common is they’re unique and distinct because they can reflect life back to you, and life’s not only one thing. For me, 50/50 was such an incredible experience, getting to meet Seth [Rogen] and Evan [Goldberg], two heroes and peers, and learning a whole new way of filmmaking, which they helped teach me, which they learned from the Apatow school.

What is that way of filmmaking?

It’s incorporating improvisation and just being fluid with the script.

You wrote and directed The Wackness, about a lonely teenager who spends his last summer before college in a hip-hop infused New York City in 1994. Where did the inspiration from that story come?

I was 28, and a lot of it was based on me growing up in New York and wanting to make a film about that time. That was such a great time for music and culture in New York and I wanted to be the first to put that into a movie. I’ve always been really into Cameron Crowe and John Hughes movies, and it came from a personal place of wanting to tell a coming of age story. I had just done All the Boys Love Mandy Lane, and I had met these financiers on that project, and I had the script [for The Wackness] since before Mandy Lane, and since we were able to sell Mandy Lane and get them some money, they were interested in The Wackness and really responded to it. The Wackness wouldn’t probably happen without Mandy Lane, and I don’t think 50/50 happens without The Wackness.

What pieces of advice do you have for aspiring directors? What have you learned that you wish someone told you when you were starting out?

The kind of advice I have is same advice I heard when I started, which is to keep making stuff, keep writing. And now there’s no excuse, there’s nothing too expensive to make. The other thing is find what makes you special, your point of view, and work on honing that. In film school you find a lot of people who are just trying to sound like someone else, whether it’s Wes Anderson or Michael Bay, but it’s really about finding your own voice and telling a story through your own voice.

What’s on tap next?

There’s two things I’m talking about right now, neither of which I can talk to you about (laughs), I’ll know in the next month or so, both of are so cool.

Have you ever wanted to know how to properly look and act like a zombie? Makeup artist Michelle Phan and actor Rob Corddry, have you covered: