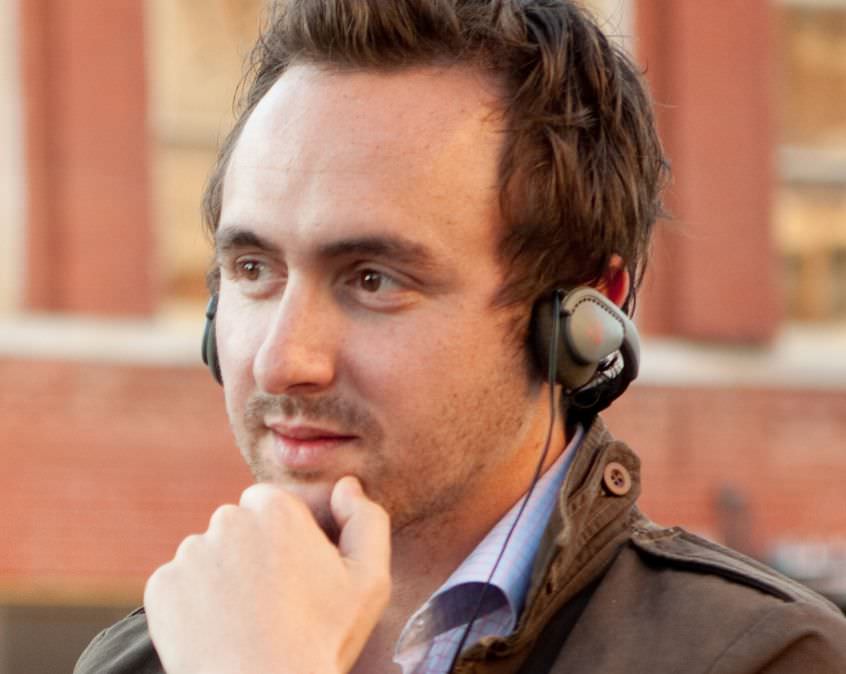 Nicolas Gonda has had the kind of career that can inspire jealousy if it weren’t for the fact that gumption, hard work, and commitment were the elements he brought to bear to make it all happen.

As a student at NYU, he interned at Focus Features, where he became involved in Academy Award winning films such as The Pianist and Eternal Sunshine of the Spotless Mind. Not a bad introduction to the film industry.

Then, in 2005, Gonda began working with one of his idols; the brilliant Terrence Malick, and has since become a key member of the prolific director’s inner circle. He’s worked on  The New World and Tree of Life—and he’s a producer on all three of Malick’s next features; To the Wonder, , Knight of Cups, and the still untitled Malick Project, based on the Austin music scene.

Yet there is more to Gonda than just these credits. He’s also a co-founder of Tugg, a web-platform that enables audiences themselves to choose the films that play in their local theaters, empowering viewers to have an active role in movie distribution.

We spoke to Gonda about how he managed to go from Malick’s driver to his producer, how to give a film crew exactly what it needs, and what Tugg means for the future of film.

THE CREDITS: Let’s start with how you began your film career at Focus Features?

GONDA: It was around 2003, I worked at Focus all throughout NYU. I’d run from class to Focus and back. I was able to be there at a time of incredible energy—they were the leading indie film movement at the time, and it was probably the most inspiring and educational period for me during those formative years, seeing how Focus was able to pragmatically apply a very idealistic vision for film distribution. I really couldn’t have asked for anything more. I started off in publicity, but, by the end, I worked in every department under the Focus roof.

How did you get involved with Terrence Malick and The New World?

While I was at Focus, and being an idealistic college student, I was really putting myself out there. I had known his [Malick’s] agent and good friend, who was nice enough to make an introduction. I started as a driver on The New World, and I was able to seize opportunities and grow from there.

That must have been surreal, to find yourself on a Terrence Malick film.

Malick’s somebody who first awakened in me a love of movies. I first learned of him when I was in middle school and saw Days of Heaven, it was so mind expanding, the emotions it was able to instill, and I’d always been fascinated by him. And as I was looking for role models in my life and he was somebody I admired as a filmmaker, and, also the way he has paved a very unique path for himself.

As your first producing project, what was the experience of working on Tree of Life like? How was it different than your previous experience working with Malick on The New World?

It was really remarkable, as ambitious as that film was, it started with a small group of us, working off the inspiration of the writing Terry was doing at the time, following up on any opportunity to put another brick in place.

On any Terry film there’s always a different feel, and you realize what you’re working on is utterly unique, and will be remembered for generations to come. There’s always that magical feeling of being a part of making one of his films. On Tree, anytime we were driving across the state over night to do a casting call in a remote part of Texas, there was never a moment when any of us questioned how important that work was, or questioned why the vision required such extraordinary preparation. I just felt very fortunate to be a part of something we would tell our grandchildren about.

How does Malick conduct his shooting days? Is there any difference between his process and traditional shooting schedules? And if so, how does it affect the actors and crew?

One of the great things about Terry is the privacy he requests is really to help protect that process, so I always try to help facilitate that as well. From a high level, [his shooting days] are about discovering moments, not creating them, and it’s evident in the final product, and it’s not something you could write or premeditate. What we did (producer Sarah Green and I) was give people enough resources to work at their best, but not too many that they’re weighed down. Production days that are so predetermined offer very little room to pivot and react, so as producers, we try to enable the vehicle to be lean enough so you can maneuver in the moments.

As a producer, how do you organize the shoot in order to meet Malick’s preferences?

Honestly, a lot of a producers job is about humility, in order to facilitate on this level, we are only as good as the crew that is there to support us and we’re all fortunate to have a recurring crew. Our costume designer Jacqueline West, our production designer Jack Fisk, our cinematographer Emmanuel Lubezki, we keep the same editors, even the same camera assistant, the same steadicam operator. The point is no single person can make this happen, so as a producer it’s about putting the best team together, then Terry’s inspiration carries all of us. Producers are like chemists, putting the right ingredients in place. You will always be greeted by an abundance of surprise; it’s a matter of being able roll with it. 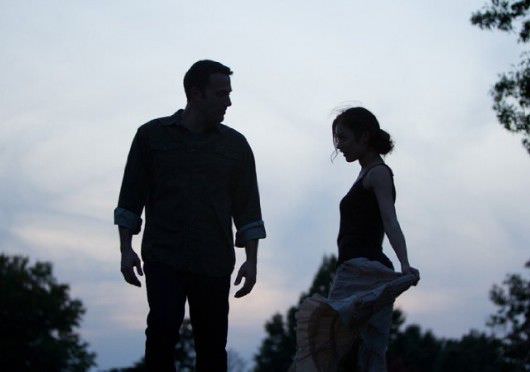 Can you tell us what we can expect from the upcoming To The Wonder? We've read it's a love story starring Ben Affleck and Olga Kurylenko, a couple who meets in France and moves to Oklahoma to start their life together.

The film is so nuanced–it’s just a classic love story–but it speaks of love and shows love in a very unique way. As with all Malick films, so much of the meaning is left open for people to apply their own lives and experiences to them, it can be like a mirror, people can see something about themselves, and that’s what I find so remarkable about his films, and To The Wonder is such a wonderful example of that. We’re so often speaking about love and hearing about it, but he’s crafted something distinct. I think no matter what one’s age is, they’ll have a personal reaction to the story in a very special way.

Tell us about the creation of Tugg.

Tugg came about through frustration. Outside of movie theaters over the last several years, we’ve seen a proliferation of optionality for people to find the content they want and experience it when they want, and you juxtapose that with the movie theater and it was such a stark contrast.

So it was a matter of our team, me and my co-founder Pablo Gonzalez, putting our backgrounds together and really studying the inner workings of this problem and why things were happening the way they were. We spent the first year talking and working with theater partners—everyone from AMC, Regal, etcetera—and spent the first part of that time finding ways to seamlessly integrate solutions so that we weren’t asking them to reinvent the wheel. Everybody was waiting for the same thing; theaters are in the business of filling seats, and filmmakers have been so hungry to engage more directly with the audience. The response has been tremendous.

Tugg is a great platform for bringing movie lovers together. Can you talk about the communal element of the platform?

It’s all about the communal experience. A lot of people were theorizing that because of the ease in which people can experience content at home, movie theaters are less relevant, which couldn’t be farther from the truth.

There’s never been a time where people are as connected as they are to share the things they love, and so you look at movie theaters—spaces ready to host these interests—and it’s matter of engaging local people to make sure what’s being played is connecting to these interests. Social connectivity is the most effective form of marketing. BzzAgent revealed that one piece of word of mouth advertising has a greater impact than 200 TV ads. A friend of a friend saying they love something is richer than any marketing campaign could achieve, and with Tugg, an event only occurs if there’s been enough interest through that word of mouth activity.