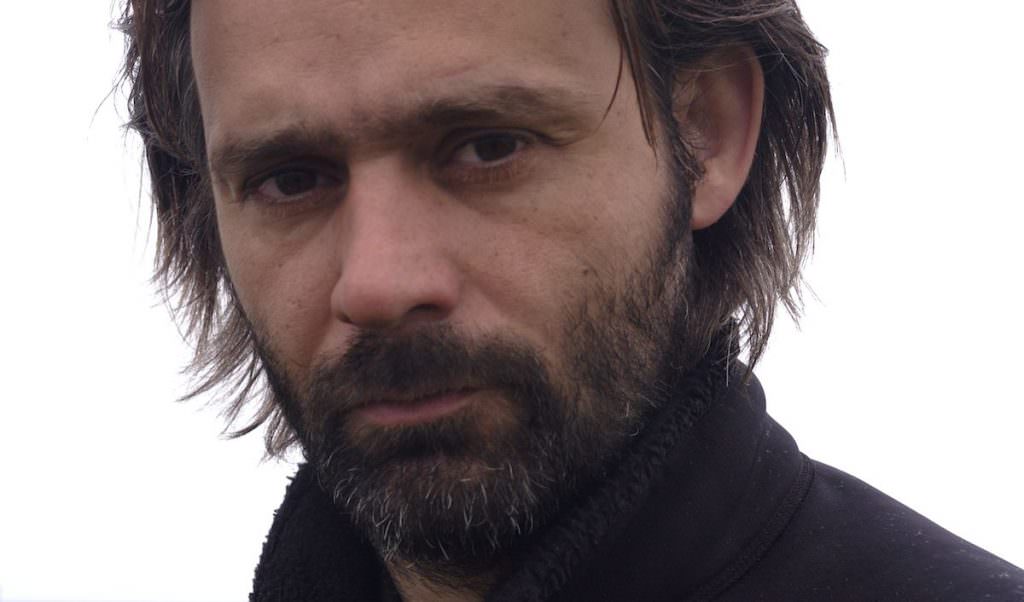 A Q&A With one of Iceland’s Premiere Filmmakers, Baltasar Kormákur, Director of The Deep

For anyone living in Iceland in the early 1980s, the 1984 shipwreck of the fishing boat Breki that claimed the lives of five men is the stuff of legend—thanks mostly to it’s lone survivor, a man named Gulli, who spent four hours in forty-degree water until he washed ashore near a jagged cliff of volcanic rock, which he proceeded to scale, and then he hiked for two more hours in 27-degree weather until he found safety.

He went onto become a reluctant national hero and scientific curiosity called “Seal Man” by researchers who concluded that it was his excess body fat that kept him alive for so long.

Though ripe for a Hollywood adaptation, Icelandic filmmakers had never attempted to tackle the story. But actor tuned filmmaker Baltasar Kormákur (he directed Mark Wahlberg in Contraband and the upcoming 2 Guns), had been trying to figure out how to best film the tragedy after a chance meeting with Gulli in a bar…25-years ago. Oddly enough, it wasn’t until Iceland’s epic economic collapse in 2008 that inspiration truly took hold, and the result is a surprisingly quiet and intimate movie that was shortlisted for an Oscar nomination in the category of Best Foreign Film.

We spoke to Kormakur about that serendipitous barroom encounter, shooting in the North Atlantic, and what it was like to become a “human swimming dolly” and literally tether himself to his actor to get the shots he wanted. 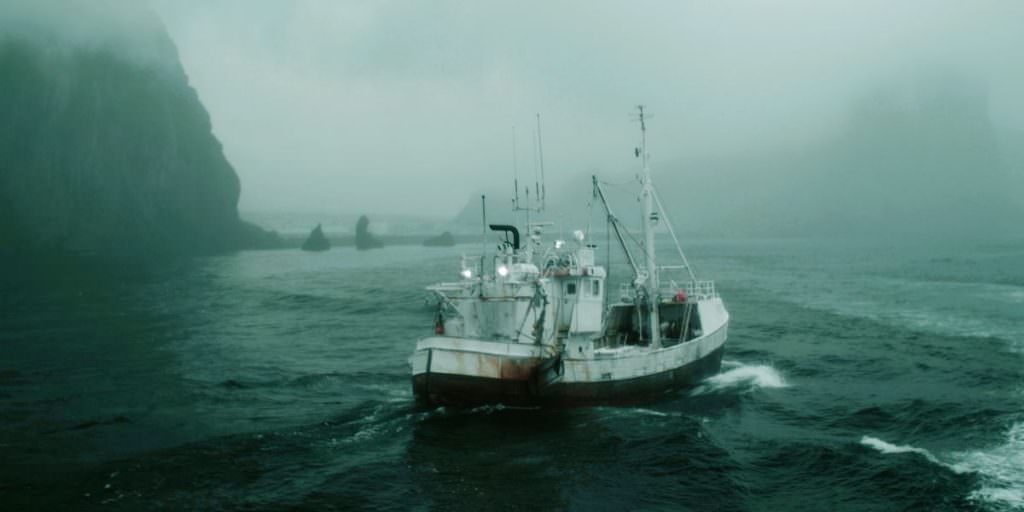 The Credits: You met Gulli in a bar when you were 21. Does the film feel like it’s a work 25 years in the making?

Kormákur: I think it was in some ways, yes. At the time I wasn’t a filmmaker, I was an actor, so I didn’t pursue it. But it was always a story that I wanted to tell. Shipwrecks are legendary national stories for people in Iceland. It’s sort of like wars for America. We’ve lost a lot of people to shipwrecks in our history, and most people connect to losses their families have suffered to the sea. But shipwrecks are very hard stories to tell if you don’t have a survivor or some form of hope.

And Gulli’s survival is certainly astonishing.

That’s why I wanted to tell this story, to deal with this basic foundation of the country, which is sailors and fishermen, and the conditions they lived and worked in through the years. His story is not different than most peoples. That way of life, working and dying at sea, it built up this very modern country that we have today. Then, in 2005, 2006, 2007, we got away from our roots and we lost our way. When we turned into bankers and Wall Street people, it all collapsed and then it was time to reconnect and put everything back together with the past.

When did you start working on the movie in earnest?

I think after 2008. At that point I’d directed four films, and I felt that I couldn’t keep on making movies without some way of addressing what had happened to the country. Not by directly commenting on the economic collapse, but by somehow connecting that story to something else. I didn’t want to make a story about a banker or someone who was part of the actual collapse, because I think it will take years to do that. When you do something too soon it’s easy for it to feel like a movie of the week. I just wanted to make a metaphor about it.

And that’s when you thought back to Gulli’s story?

We always talk about how in the Icelandic language, every word is based on sea and weather. We have a hundred words for snow and a few thousand words for different weather situations, and we always talk about our nation as a ship, and when the economy tanked, it was the shipwreck of our nation. So I thought back to the Breki shiprwreck and how Gulli put things together and moved on with his life after the boat sank. That’s why the last part of the film, the quietest part of the film, where you see him getting on with his life, was so very important. It’s my comment on what we need to do as a nation. 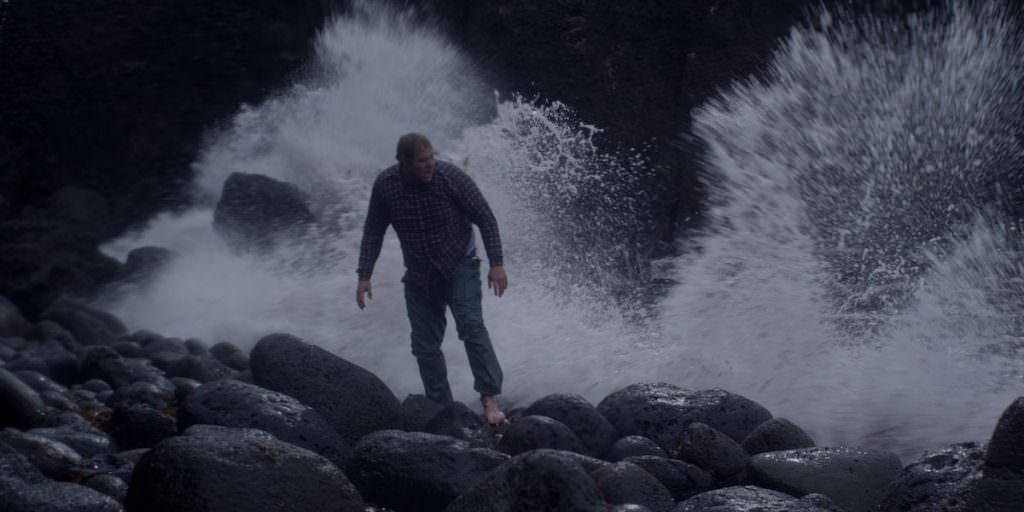 When did you decide to cast Ólafur Darri Ólafsson to play Gulli? You’d worked with him before, right?

It had been a while since I had worked with him, when we were both stage actors. He wouldn’t have been my ideal choice then, but he’d been growing a lot as an actor, and when I was about to make the film, I thought he was too obvious, because he looks so much like the real guy. I didn’t think I could cast the first guy who came to mind. But he came to me and said, “I really, really wanna do this. And I said, "If you really want to be in the North Atlantic Ocean for a month, the role is yours.” (Laughs)

Instead of shooting in tanks, for authenticity’s sake, you opted to shoot in the North Atlantic waters where the actual crash happened. How much could you plan out in advance?

Well, let me say, I thought I knew more about how to shoot in water than I actually did. I had to figure it out as I went along, because really, how do you shoot someone swimming for such a long time, get all the shots you need, and keep him in a close-up in the middle of the night with the ocean and all these elements swirling around you? I figured out that I had to go into the water with him and literally tie myself to him, holding him in the frame with a rope under the water that was attached to him and to my waist. I was backstroking just to keep him in the frame. So while the camera was static in most of the shots, I became a human swimming dolly.

Wait, you, the director, were personally were tethered to him?

Yes. I think it helped him greatly, knowing he wasn’t alone in the water, knowing that it was something we were doing together. In some ways I always try to do that with my actors—I want to experience everything with them.

The end result makes for a surprisingly quiet disaster movie.

I really wanted the movie to take on the quiet, unassuming personality of Gulli, so the movie had to have his pace, his earnestness, even his naïveté in someway. He’s totally devoid of any drama, this guy. I wanted to stay away from emotional porno—which is something that’s very easy to fall into when you’re talking about so many people losing their loved ones. He lost five friends, kids lost a father, mothers and fathers lost sons, wives lost their husbands and so on. But it’s too much of a given to use all that emotional stuff. I wanted to stick with him and what he was going through, talking to a seagull to get by. That’s why I tried to shoot it as simply as possible. When he’s back at the hospital with his father, there is only one focus pull the entire scene. The last thing I wanted was to put myself, as a director, between the story and the audience.

How much editing did you do as you went along?

Because I was shooting other films right after I wrapped it, I was actually able to edit this on my own time—and as a producer and financial backer, I gave myself a very good amount of time. It was actually quite a luxury to be able to step away and come back and see what we got. It was like a good wine, aging well.

So some days you had no idea what you had until you went back later?

Absolutely.  You just have to keep shooting when you have an actor in a situation like this. Especially in the cliff scenes. We had to shoot everything we could while he was climbing those awful cliffs barefoot, and push him as far as we could, to keep rolling and make a sequence out of it later.

No, that really was not possible. But it’s a little bit like playing chess in your mind. You know what you have and then while you’re doing it, you have to figure out what moves are available to you next, constantly planning, yet letting it evolve as you go along. It’s something you're constantly doing as a filmmaker, and this was just an extreme version of that.

So in the middle of all that chaos, of smashing seas, yourself tied to your actor, you were able to remain calm?

Yes! The last thing I want to do is lose my character to some emotional bullshit! When you’re going for such a restrained performance, the trick is to stay so close to what’s happening in each moment of every sequence and believe that the sum of what your shooting will ultimately come together. Often when you’re starting out as a filmmaker, you feel like you have to shoot the whole of a movie within every scene, that you need to play out an arc in every sequence, but you have to remember that it’s more of a mosaic, that the pieces will ultimately come together to retell the journey.