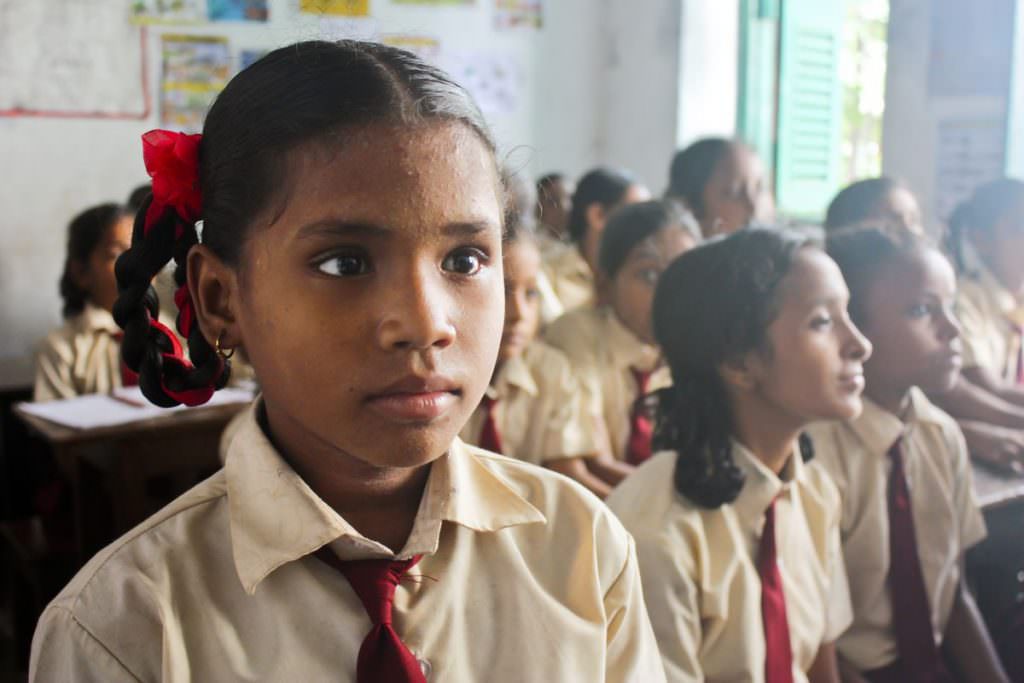 A Q&A With Girl Rising Director Richard E. Robbins About the Nine Incredible Young Women in his Groundbreaking Documentary

Academy Award nominated director Richard E. Robbins will be screening a portion of his latest project, the crucial documentary Girl Rising, at the Sundance Film Festival on Monday, January 21st. The film focuses on the story of nine girls from nine different countries born into unforgiving circumstances, with each girl’s story framed and written by a renowned author from her native country.

The film includes the story of Ruksana, who lives on the streets of Kolkata, India, where her father has sacrificed everything to send his daughters to school. It introduces you to the unforgettable story of Sokha, orphaned and living in a garbage dump in Cambodia, finding her way to a school where she becomes a star student. It breaks your heart with the story of Azmera, a reluctant 13-year old child-bride in Ethiopia, who does something shocking; she says no to an arranged marriage, and finds that her brother is willing to stand up for her and champion her desire to be educated and free.

Their stories, shaped by the writers who got to know them, creates a structure that does not function like your typical documentary. “We hit upon this idea about trying to pair the girls with writers after our first trip into the field, because it became clear the girls would need help to tell their own stories," Robbins said. "These girls are almost, by definition, voiceless in the world, they don’t have the education and wherewithal and cultural standing in their own communities to feel entitled to tell their stories, or to believe their own individual story is meaningful."

Robbins was nominated for an Academy Award for his 2007 documentary Operation Homecoming: Writing the Wartime Experience, which viewed the experiences of troops in Iraq and Afghanistan through the lens of their writing. In an effort to get Girl Rising made, he and his team created 10X10, a foundation of partnerships that is committed to providing life-changing services to girls every day. A portion of ticket sales of Girl Rising will go to support girls’ programs around the world through the 10X10 Fund for Girls’ Education.

Girl Rising attracted an A-list cast of narrators; Meryl Streep, Anne Hathaway, Freida Pinto, Liam Neeson, Kerry Washington, Cate Blanchette,  Priyanka Chopra, Salma Hayek, Chloë Mortez, Selena Gomez, and Alicia Keys lend their voices to the cause.  Robbins is using Gathr, which bills itself as ‘theatrical on demand,’ to get his film in front of eager audiences in markets he otherwise would have had a hard time accessing. If you want to see this film in your home town, Gathr can help you make that happen.

We spoke to Robbins about how he went about finding these incredible girls, what it’s like to shoot in these locations across the globe, and how he found more similarities between these young women and his own daughter than he did differences. 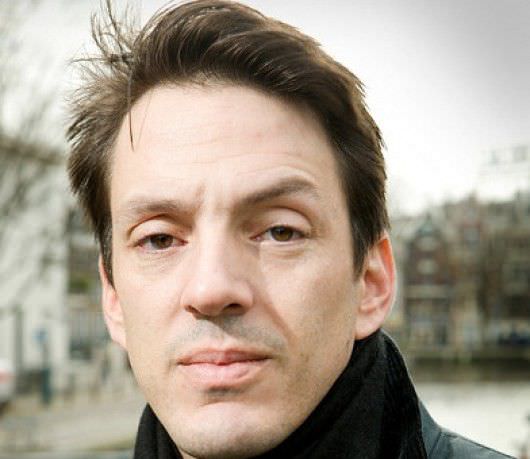 The Credits: Tell us about how Girl Rising came into being

Robbins: Our little company includes a bunch of us who used to work with Peter Jennings at ABC, and we got hired to research a documentary about ending global poverty. So I was doing the research and I read the data and reports about the power of girls education, and I was pretty surprised at how unequivocal it seemed, and, how little it seemed to have penetrated into any kind of public consciousness. For a filmmaker, that seems like a good combination—something that’s clearly empirically established, not widely known, and unequivocally important. So I got hooked and couldn’t stop thinking about it. And so we spent years raising money and figuring out what kind of film we wanted to make. We took an early trip in 2008 to Kenya where we did an initial bit of shooting and spent some time in the field, and that informed our thinking about how to go about making it. We were at it for about 18 months in research and development before we did our first piece of shooting, and shooting took about a year.

How did you find the girls?

We went out into the field and worked with our NGO partners on the ground who are interacting with these girls on a daily basis, and we traveled around to each country and interviewed as many girls as we could find, between 50 and 100 girls on any given trip.  The writers actually chose the girls they wrote about. We weren’t shooting anything on these trips; we were just allowing the writers to have time to learn enough about the girls.

What were the mediums the writers did their work in? Essay? Short story? Poem?

Well the pieces of writing ran the gamut, from long prose poem to screenplay to essay, and the most creative and challenging part of my job was figuring out how to take those pieces of writing and bring them to the screen. So we adapted each of them in some way, none were really the same, essentially molding them into a shooting script, and went out and shot them. Sometimes we broke it down with a shot list like you would with a piece of a fiction, and other times we shot it more or less like a vérité documentary, with the writers doing voice over.

Can you tell us about some of experiences shooting in these locations?

Shooting in Egypt was incredibly complicated because of the political situation, and shooting in Peru gives you only a four week window to film, as it snows 11 months of the year (although it snowed every other day we were there, too). We weren’t able to shoot in Afghanistan; we did our inital trips there with our writer and our girl, but when it came to filming the piece, we were concerned because this is a fairly controversial issue in Afghanistan, and we didn’t want to put anybody cooperating with us in jeopardy.

India was fantastic for me as a director, and by far our most ambitious shoot because we knew we’d have great production support because there’s such a good film industry there, with a real crew and real gear on call. We shot in the streets of Calcutta with throngs of people and a 100-person crew, and it was fantastic. I had an awesome DP, originally from Mumbai, and he was a great bridge for me for my non-English speaking crew. Our girl, Ruksana, her two sisters and her parents live on the street, they’re called pavement dwellers, and at the very beginning it felt like there was a gulf between my crew and this family. By the end of shoot, everybody had fallen in love with them. Ruksana is such an amazing kid, and such a good actress, her sisters were great, everybody came to love and respect that family, and I think they had an amazing experience

For Yasmin, our Egyptian girl, we shot half in Cairo and half in Anaheim, because of how challenging it was to shoot in Egypt, both Yasmin and our Afghani girl, Amina, couldn’t play themselves, because it would be too dangerous for them to be telling these stories, so we had actresses play them. 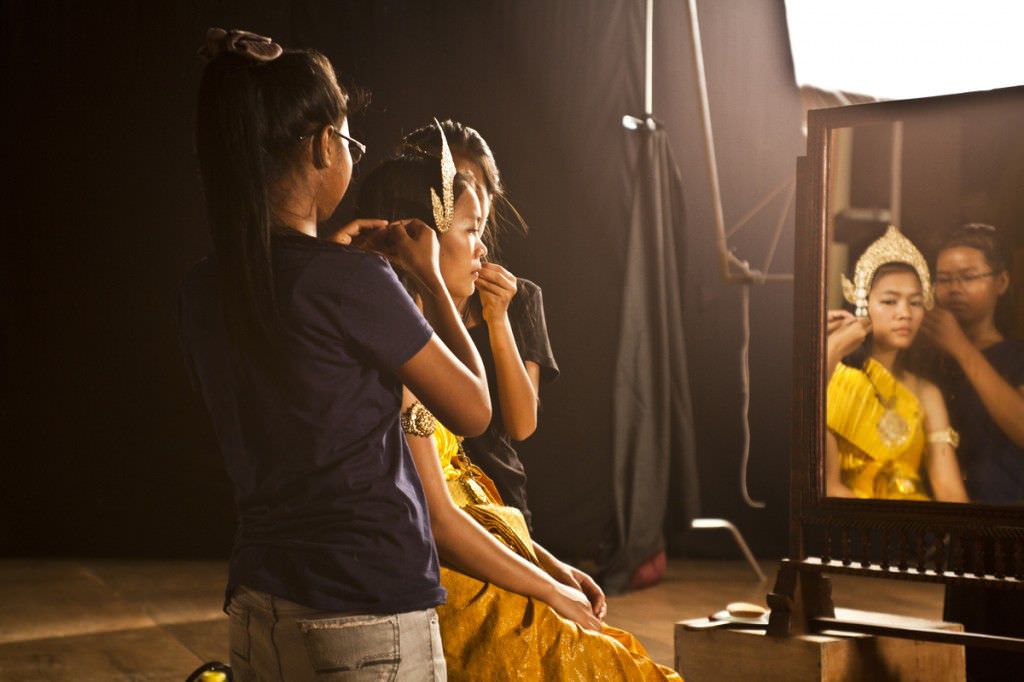 I loved working in Cambodia, it was the first place we went, and Sokha was the first girl we selected, so she has a special palace in my filmmakers heart. And it's just an unbelievable story, she went from living in city dump to being a star student, and is now on her way to college.

How were you personally affected by getting a glimpse of these girls’ lives?

The revelation for me was how these girls were so determined and capable and seemingly undamaged by all the brutal things they have lived through in their short lives. I had some expectation that you can’t come out of living in a trash heap at 12-years old and become a great student, but that’s exactly what Sokha did.

And many of girls have stories are like that, our Nepali girl, Suma, was sent away to be a domestic sevant at 6-years old, away from her family, and finally she was liberated and went back to school at 12 or 13. Now, she has become an activist to free other girls.

One of the things that we really focused on in the film is not telling a bunch of depressing stories about miserable places. That was really not the film I wanted to make, and I think the film we ended up with is a film about a bunch of inspiring girls. When you focus on the girls themselves, not their circumstances and troubles but on their characters, the story goes from seeming bleak and depressing to full of hope and joy. They’re just amazing kids, they don’t’ feel sorry for themselves, they don’t see their circumstances as horrific, there is none of that sense of pity or tragedy where they see themselves as victims. It’s one of the reasons I ended up wanting to make the film a hybrid of documentary and fiction, because I think traditionally when documentarians travel to the developing world, you end up with a focus on what’s different about her life from what’s familiar to us. What I wanted to focus on is how much these girls are like our girls, how, ultimately, they’re not that different from my own daughter. 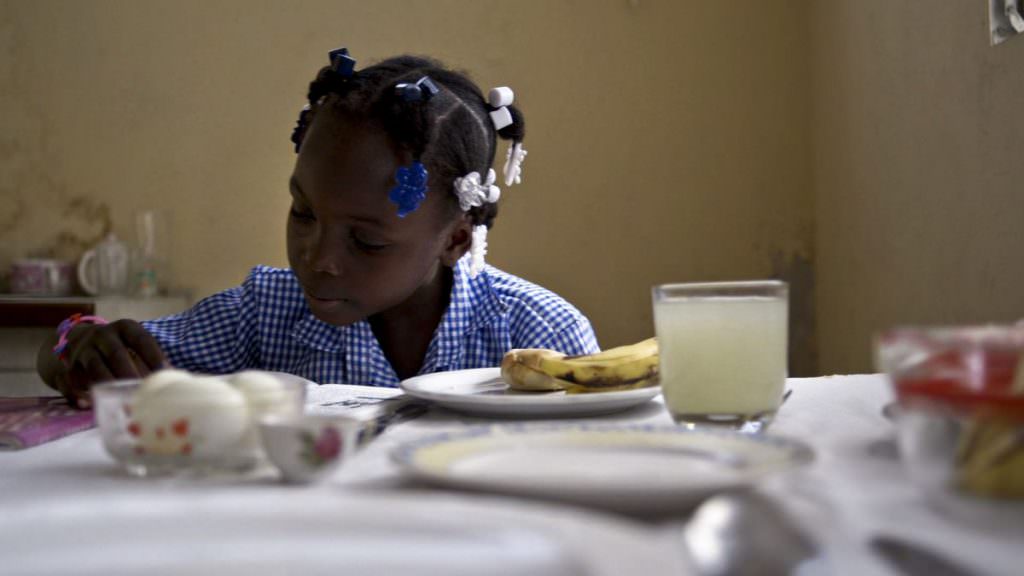 What advice would you offer someone who wants to get into documentary filmmaking?

One of the things that I always tell people is to just focus on the craft. A lot of people come into documentary filmmaking thinking it’ll just sort of take care of itself, I mean how hard can be, you’re just telling a story, and I think the truth is, most people can make one film that way, if they find a good enough subject, but I think more than one gets much harder.

The second thing is you have to be sort of pathologically persistent. I think people who succeed in documentary filmmaking are people who generally have trouble taking no for answer. All of us who make these films are told repeatedly along the way it’s not going to happen, it's not possible, it costs too much money, we're focusing on the wrong thing, we're told to stop, we're told there’s no audience for our film—it's a hundred variations of 'you're wasting your time,' and you have to believe that’s not true.