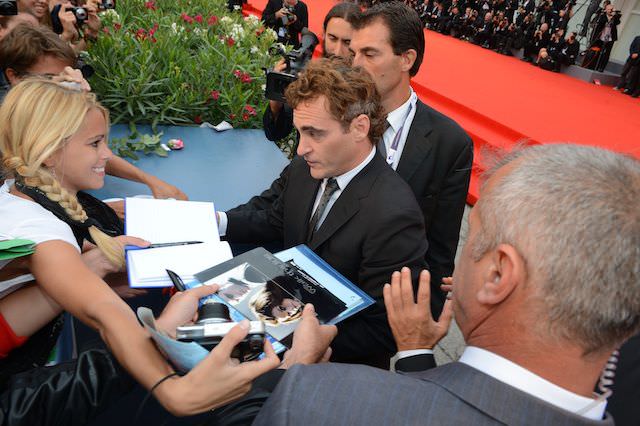 Sundance is, sadly, drawing to a close. For the last two weeks, the world of film has gone appropriately haywire with around-the-clock coverage of one of the most well recognized film festivals on earth.

One needn’t look farther than a film-trade addled Twitter feed to find first hand dispatches from ultra-exclusive parties, critics weighing in on their favorite new films, and gossip mills aflutter with what ‘it’ stars are wearing whilst gallivanting around Park City, Utah.

For those of us who live and breathe cinema, film festivals and their many iterations—big and small, A-list and anti-list, international and domestic—are at their core emblematic of one true thing: a deep seated adulation for the art of motion pictures. 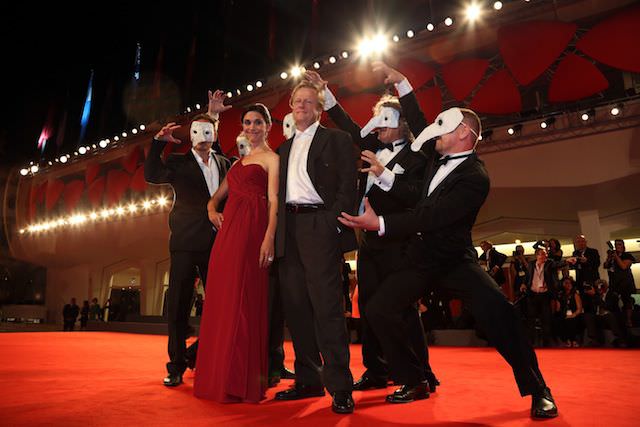 The first film festival on record was the venerable Venice Film Festival in 1932, founded by Giuseppe Volpi, whose name adorns the festival’s highest honor, the Volpi Cup Award.

Held on the hotel terrace of the Hotel Excelsior on the idyllic island of Lido, VFF was first rate from the get go. The films that premiered there have fueled cinema textbooks and serious cinephile discourse for years—among them, Dr. Jekyll and Mr. Hyde, Frankenstein, It Happened One Night, Grand Hotel, and The Champ.

And directors like Raoul Walsh and Ernst Lubitsch milled amongst top-billed stars of the time from Greta Garbo to Clark Gable and Joan Crawford. Yes, even in 1932, film fests incited star-sighting sensationalism; the first VFF attracted nearly 25,000 onlookers.

Quality movies, acclaimed directors, A-list stars, and scores of voyeurs have been intrinsic ingredients for film fests since their inception, but the one thing not present at the very first major film festival? Competition.

While VFF continues to bear the torch as a catalyst for some of the world’s best avant-garde films, countless other film fests have soared to estimable ranks. 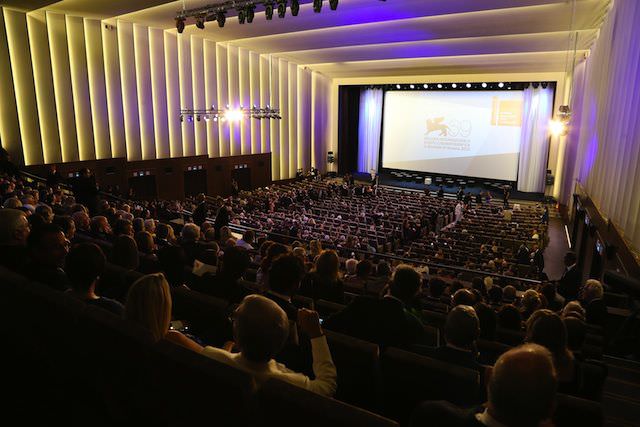 Considered by many to be the world’s most prestigious film fest, the “Festival du film de Cannes” opened in 1942 on the coast of France. In case you’re wondering: the Cannes Film Festival was France’s attempt to compete with Italy’s vogue VFF—and it worked.

French iconoclast Jean Cocteau once famously remarked, “The Festival is an apolitical no-man’s-land, a microcosm of what the world would be like if people could make direct contact with one another and speak the same language.” That is, of course, if you’re one of Cannes’ select chosen few.

From its inception, Cannes Film Festival was competitive and swathed in exclusivity (both characteristics would become more pronounced as the festival gained worldwide acclaim). The fest boasted a jury of representatives from each of the selected films’ origins as well as an enviable invite-only guest list.

A social event from the start, the Cannes Film Festival once awarded every film that was shown. But as stars like Sophia Loren, Grace Kelly, Bridget Bardot, and Kirk Douglas began populating theater seats, and luring overzealous photogs, serious competition amongst Cannes’ selected films soared.

The coveted Palm D’Or—awarded to the best film in the competition—is an honor that’s been bestowed to films like Marty, La Dolce Vita, Taxi Driver, and this year’s Amour.

But perhaps most notably of all, Cannes’ Marche du Film—film market—marked the first international commercial marketplace for films. Established in 1957, Cannes’ exchange place gave birth to the contemporary concept of ‘shopping’ films at festivals by providing filmmakers, producers, and studios a proper platform on which to do business.

From the very first VFF, the international film festival realm quickly expanded. 1946 saw the start of one of the oldest film fests on the planet, the Czechoslovakian Karlovy Vary International Film Festival, which has prevailed as a pinnacle of Czech film, despite stretches of Communist control.

The renowned Edinburgh International Film Festival was created in 1947. Self-ascribed as “the world’s oldest continually running film festival,” the fest was once exclusively focused on documentaries, but has since expanded to showcase some of the best in UK and worldwide cinema of all genres.

The film festival has also served in the promotion of freedom of expression—and in some cases, political liberation. In 1951, the Berlin International Film Festival launched in the WWII-torn city, as an artistic symbol of ‘the free world,’ and opened with Alfred Hitchcock’s Rebecca. BIFF is, to this day, considered one of the best fests on the planet—and often referred as one of the ‘big three’ festivals alongside Venice and Cannes.

And The Toronto Film Festival—emerging as one of the hottest film festivals of the season—got its start in 1976. Initially dubbed ‘The Festival of The Festivals,’ TIFF started as a festival that sought out the very best films from festivals across the globe (hence, the name).

So where and when do domestic film fests come into play? The U.S. has its own storied past.

American film festivals started in 1957, with the advent of the San Francisco International Film Festival. Classic films like Akira Kuroswaw’s Throne of Blood and Satyajit Ray’s Panther Panchali opened the very first SFIFF, where A Farewell to Arms director Frank Borzage, was in attendance, along with a warm telegram from then-president Nixon. The vibe of the first U.S. film festival was decidedly international—only one domestic film, Uncle Vanya, appeared (and it was based on a Chekov play, no less!).

But U.S. domestic film, and the fests to support them, was steadily gaining ground.

The New York Film Festival launched in 1963 with two US films alongside renowned international films from directors like Buñuel, Ozu, Godard, and Polanski, with eight US films shown the following year.

The Seattle International Film Festival, founded in 1976, is, despite what you might surmise from E! television coverage, our country’s largest, in terms of both feature films screened and attendance (though to be fair: at 25 days, it might also be the longest.)

And in 1978, nearly half a century since the first film festival on record, one of the most publicized film fests on the planet descended upon the unsuspecting state of Utah. Sundance would be the festival to put American film fests on the map.

The Sundance Film Festival, now home to red-carpet coverage, exclusive fetes, and international acclaim, is a brand so big it boasts its own television channel and ubiquitous place in our pop culture cache. But the festival had rather humble beginnings.

The prolific Utah-based actor Robert Redford was the festival’s first chairman (and many attest, the driving force in garnering attention for the film festival). The original founder of what would soon become The Sundance Film Festival was Sterling Van Wagenen, the head of Redford’s company, Wildwood. Van Wagenen would go on to direct Redford’s project, The Sundance Institute, which acquired the Utah/US Film Festival in 1985. That’s the year Sundance became Sundance, with Redford at the helm, as the first nonprofit film fest to celebrate American cinema.

It was a major moment in the evolution of film festivals. With the nonprofit standing, and attention to national film, the fest provided filmmakers with invaluable resources–from classes, panels, and conferences–and a supportive community.

Needless to say, it was also a huge bolster to our country’s independent film contributions. At its inception, Sundance was one of the only fests in the world to pay tribute to American films (the other was the lesser-known U.S. Film Festival in Dallas) and it was the premier fest for domestic independent cinema.

Sundance’s gravitas has garnered attention from some of the world's biggest studios, stars, and filmmakers (and yes, now the fest boasts domestic and international flicks), the festival is an integral part of American film history. 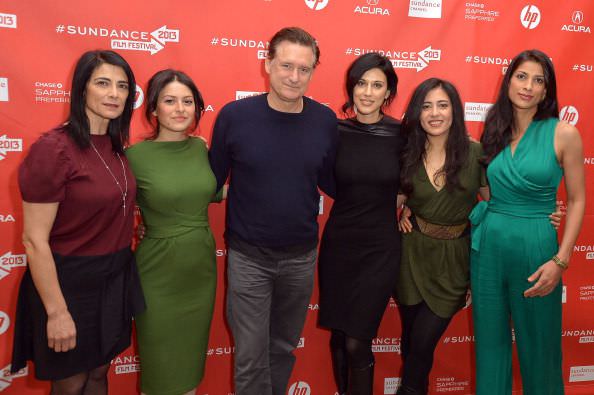 Film Fests and Their Niches

Today, Sundance has established itself as a highly desirable outpost for remarkable independent cinema from all parts of the world, but its roots point to the importance of film fests as a place to foster niche film communities.

At present, there’s a film fest for nearly every predilection. The Austin Film Festival salutes the craft of screenwriting, with panels, workshops, and presentations by award-winning screenwriters. The anarchistic Slamdance Film Festival espouses being the ‘anti-festival,’ in celebrating films often overlooked by other festivals.

The Telluride Film Festival is known for its emphasis on the craft of acting and performance, and The Ann Arbor Film Festival heralds some of the best experimental films around.

The list goes on. There are over 4,000 film festivals in this country alone. There are fests for short films, documentaries, horror films, green films, young adult films—you name it. There are fests that aim to support and celebrate local communities. It is widely believed, for instance, that The Tribeca Film Festival, launched in 2002, aimed to reinvigorate the devastated lower Manhattan in the wake of the September 11 terrorist attacks.

So while Sundance comes to a close, and as Cannes and Venice draw near, let’s recall why film festivals are so important in the first place. Forget celebrities, parties, and sold-out screenings; festivals—no matter how renowned, exclusive, or obscure—share the same principles at their core.

This time-honored tradition of the film festival aims to perpetuate the legacy of cinema, bolster the business of movies, and celebrate the craft of filmmaking. And for those of us who live for cinema, there is no worthier cause.