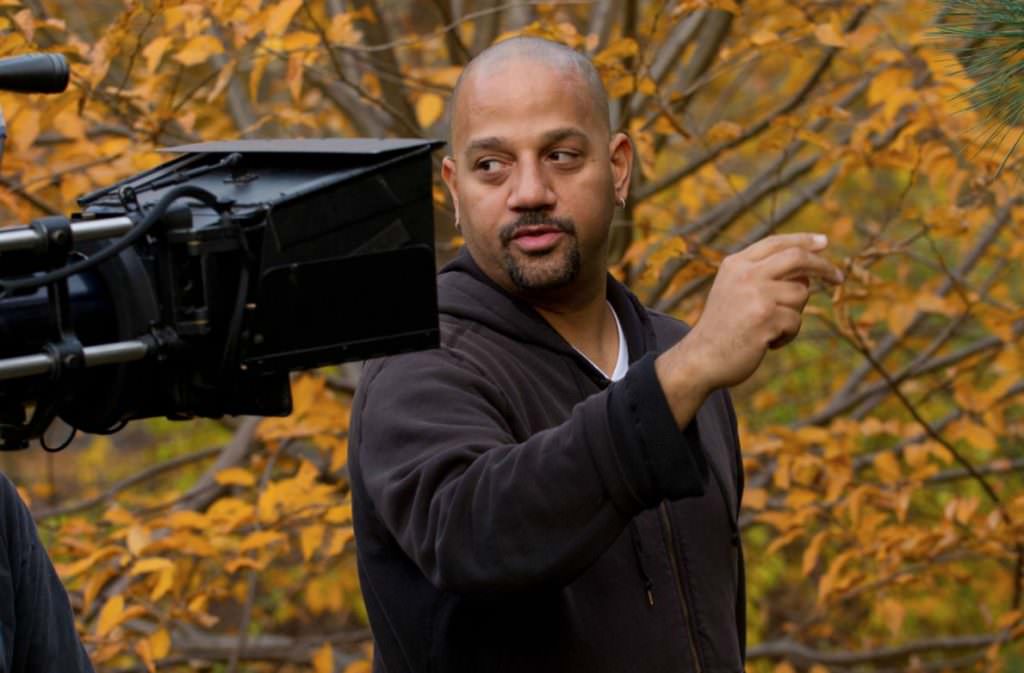 Allen Hughes has been making films with his twin brother, Albert, since they were 12-year- olds running around their house in Pomona, east of Los Angeles, with a video camera their mom had given them. The Hughes Brothers (as they are often credited) co-wrote and co-directed their first major feature, Menace II Society, when they were 20 years old.

Since then, the twins have made a number of gritty, wholly original films—many of them period pieces. After Menace, the brothers made the Vietnam-era Dead Presidents (1995), then traveled back to Victorian-era London and took on an adaptation of Allen Moore’s seminal graphic novel From Hell (2001), starring Johnny Depp, only to find themselves in a post apocalyptic future with their Denzel Washington-led film, The Book of Eli (2010).

Now, for the first time in his career, Allen Hughes worked on a feature film without his twin brother, and his first contemporary film since their Menace debut 20-years ago. Hughes' film, Broken City,  which opens tomorrow, is a probing look at a New York City 'sick with corruption,' as he said during a press conference. Ex-cop Billy Taggart (Mark Wahlberg) finds himself involved in a web of double-and-triple crosses with the most formidable (and ruthless) men in the city. Taggart tangles with the power-mad Mayor Hostetler (Russell Crowe), his femme fatale wife Cathleen (Catherine Zeta-Jones), and the inscrutable Police Commissioner Fairbanks (Jeffery Wright) in a corker of a story.

We spoke with Hughes about what it was like taking on this project solo, the pressure of filming in the most iconic city on earth, and what it took to push a script that has been knocking around Hollywood for years (and made the Black List, a selection of the best, unproduced screenplays) into production. 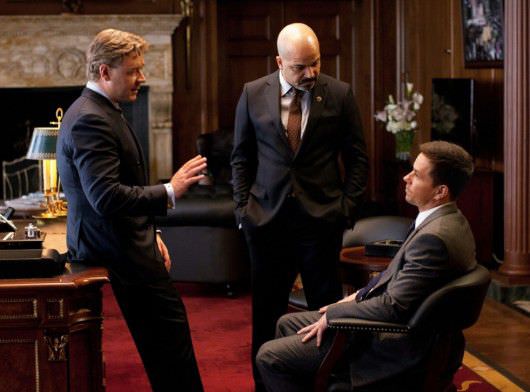 Much has been made about you going sans Albert for Broken City. When did you notice the loss most during production?

The filmmaking process was okay, I really relished sitting in the Captain Kirk chair by myself. But you know, when we finished the film, and it had been picked up by a major studio (Fox), and there are very good people there, but sometimes you get into a room with ten people, and it’s just you, you know? And that was truly the only thing that was a challenge for me, not having my brother, because twins are not like siblings, anyway. You come into that room as twins and it’s like a juggernaut effect, you’re finishing each other’s sentences, they’re barely getting time to speak, when one’s talking the other is studying the room. They can’t win. I don’t look at them as the enemy, but when there’s eight people in the room and just you…you’re like, whoa, I’m one man, I need to process this. Let’s not make any decisions right now. (Laughs)

You took Brian Tucker’s script, which had made it on the Black List and had been bouncing around Hollywood for a while, and got it produced. How’d you make that happen? And is it true you had him on set throughout production?

Passion is priceless. So when you read something that really speaks to you and you yourself get that passionate about it, and you’re resourceful, and you’re not a dummy, you’re going to get it done. As long as you’re not being delusional about it. And it was just a great script. Brian's request was that he be able to bring his father down when we shot in Brooklyn the first night, and he asked if he and his father could have a chair. I said, ‘not only will you have a chair; I’ll put both of your names on it.’ So Brian and his dad came out the first night, and I quickly realized I needed him to be there, things were so hectic and the resources were tight, and I needed a creative partner there to keep their eyes open, so he stayed the whole way. Which is very unusual, it never happens. 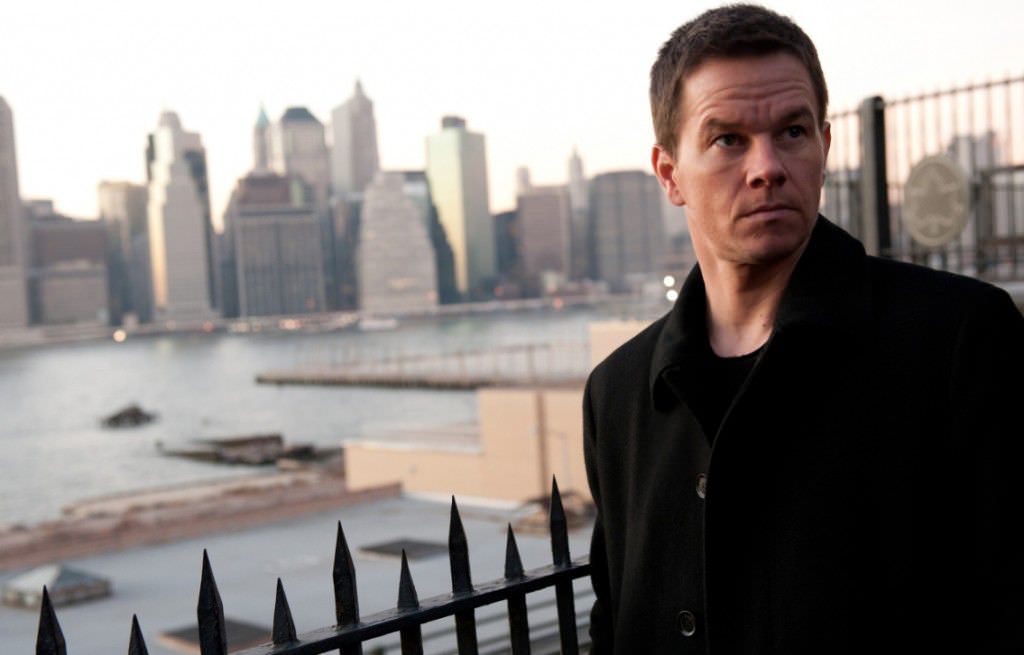 How do you tackle the challenge of filming in New York, arguably the most filmed city in the world?

I love New York, and we filmed here for Dead Presidents, which you would think would be more challenging to do a period piece, but it was less challenging because you can control your environment. This is the first contemporary piece I’ve done since Menace II Society, because all of our films were period pieces, even Book of Eli, which was set 30-years into the future. I thought, you know what, you always have to start at a personal level, so let’s just focus on Mark’s character, and see where that takes us. The thing I came up with was, hey, I’ll just focus on his character, and then there were all these bridge shots that kind of look up, and you see the city from an almost…uncanny angle. So you see, New York’s oppressing Billy Taggart, it’s oppressing him in a very elegant, rich way, because the iconography here is legendary. I think it’s different. I’ve never seen New York filmed like that.

Can you tell us a few things that you’ve learned over your career that you’d tell a young kid who wants to be a director?

Getting a film made, the bottom line is, you have to know when to hold ‘em and when to fold ‘em. In this business, if you’re overly aggressive, it scares people away. If you’ve got the gift, the gift for gab, and you have the dope, then you just have to find that subtle balance of how to elegantly go about it the right way. Because in this business, it’s a closed-door policy, and if you get too hectic, it turns them off. You have to have the goods in your hand, and have a good mouthpiece. And what I’d tell them about the process of making the film is this; the most important thing is having a great script, or getting it to the place that’s really good. And casting it, you have to cast just great actors, and the number one thing you have to do is find out what makes them comfortable, and establish a very honest relationship with them. Make sure that they’re relaxed, and allow them to come up with their ideas, don’t shut them out.

When you made Menace II Society, you and your brother Albert were 20. How do you control a major motion picture at 20-years old?

I don’t know. I’d have to take that back to my mother, she was a visionary woman, a radical feminist, who taught us to challenge authority, and we were wise beyond our years because she pushed us beyond our years. The bottom line is, coming up with a woman who is pushing you to be that advanced, you walked into a studio, and you’ve already been making music videos and little ads from twelve to nineteen, who gives a f**k at that point.