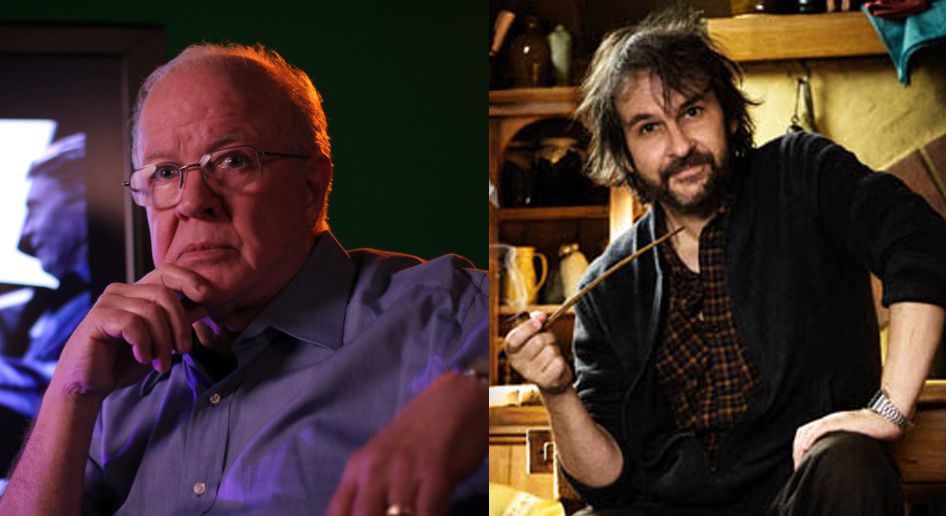 The frame rate for a film refers to the frequency (or rate) at which a camera creates unique consecutive images (frames). Almost every film you have ever seen has been shot and projected at 24 frames-per-second (FPS). We have become so accustomed to seeing films this way that shooting at any other rate can be potentially jarring. Peter Jackson’s The Hobbit was shot in 3D at 48fps, twice the normal rate. It will be projected at 48fps on 400 of the 10,000 theaters when it opens on tomorrow, while the remaining 6,000 of the theaters will project the film in 24fps.

In order to learn more about why Jackson did this, we spoke with legendary director, SFX supervisor and inventor Douglas Trumbull, credited with having devised or contributed to the special photographic effects on Stanley Kubrick’s groundbreaking 2001: A Space Odyssey, Steven Spielberg’s Close Encounters of the Third Kind, and Ridley Scott’s Blade Runner, to name just a few. Trumbull’s work earned him the Gordon E. Sawyer Award from the Academy of Motion Picture Arts and Sciences, given for his lifetime of technical contributions and leadership in film. 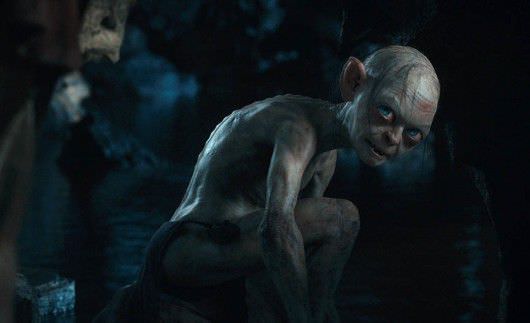 The Credits:  With the release of The Hobbit, there's been a surge of interest in 48fps technology. You’re a longtime proponent of high-frame rate cinema. What led you into exploring higher frame rates?

Trumbull:  There was one experience I had while we were working on 2001: A Space Odyssey [1968].  Stanley Kubrick had a 35mm high speed viewer, and I noticed when we were reviewing footage there was this weird kind of vividness that happened when the abstract footage from the Stargate sequence was running at high frame rates, and that stuck in my mind for a long time. Years later, I started a company called Future General Corporation, an R&D subsidiary for Paramount Pictures, with a mandate to look into ways to make the medium better. One of the things we did was shoot tests in almost every film format we could find. After we did a bunch of tests, we felt like we came to a dead end, because it didn’t seem that the size of the screen, the film format itself or the aspect ratio was really leading us to anything that was a breakthrough…until we tried changing the frame rate.

What reaction did you get when you showed the higher frame rates to viewers?

We did tests at 24, 36, 48, 60, 66 and 72fps. We filmed a first person point of view shot in a car driving down a winding road. We brought in people to look at these movies at these frame rates, and hooked them up to an electrocardiogram [records electrical activity in the heart], electroencephalogram [records electrical activity on the scalp], galvanic skin response [measures electrical conductivity of skin], and electromyogram [records electrical activity in muscles]. We found out that people’s physiological stimulation levels would rise tremendously as a result of frame rate. It showed a perfect bell-shaped curve that peaked around 66 frames per second. We created the company Showscan, raised money, and started making films at 60 frames per second in 65mm format. We saw only a very subtle difference between 60 and 66fps, and so that was where we set Showscan.

What did you do with this knowledge?

I started doing test films [of Showscan] while I was at Paramount, and the results were stunning. That gave birth to the development of what became Brainstorm [Trumbull’s 1983 film starring Christopher Walken and Natalie Wood]. In Brainstorm you are looking at the memories of people who have recorded their own experiences. These are first person experiences where whatever is happening is happening directly to the camera, which is thus happening directly to the audience. I showed the tests to thousands of industry people, including George Lucas and Steven Spielberg, but unfortunately we came up against a catch-22—even though Paramount and everybody in the industry loved it, the bottom line was no studio was going to make the first movie in this process unless there were several thousand theaters equipped to show it. So I had to give up on my vision, which was to open up a realm of feature film production that would deal in first–person experiential content rather than normal cinematic language. I took Brainstorm to MGM, and had to shoot it conventionally. But when I found out a few years ago that digital projectors were cruising along at 144fps already, I realized it was possible to reconsider the whole Showscan-type idea, because high frame rates would not be as big a hurdle as they were before. So I started shooting some tests, and I’ve been doing 3D at 120fps.

When you get into high frame rates, 48 gets you part-way there, 60 gets you even further there, and 120fps gets you all the way there. The image on the screen can become like a window onto reality.  It just doesn’t look like a movie anymore. It looks like a live experience.So it tends to look more like live television or sports or news. It’s a new art form and it’s going to require a new cinematic language. So that’s my interest—how to explore what I tentatively call the “holodeck,” which is not really a movie; it’s an immersive experience. 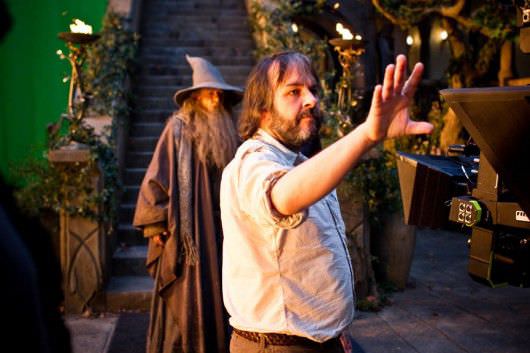 What do you think about Peter Jackson’s decision to shoot The Hobbit trilogy at 48fps?

Peter Jackson is my hero for taking the bold step of actually making the first higher frame rate movie. I keep in touch with Peter and with Jim Cameron, because Jim is planning to do Avatar 2 in 3D at 60fps. But everybody has to recognize that the more you make a movie hyper-realistic, either with 3D or higher frame rates or both, you have to think about the cinematic language so that you don’t make people uncomfortable.

How do you get people to experience this new technology and not be resistant to it?

About three years ago I invented another technology called Showscan Digital. I came up with the idea of having dynamically changing frame rates throughout a movie. With the technology now, you can change the frame rate on virtually any pixel in a movie. So you can have a scene (or whole movie) that’s shot at 120 fps with a 360 degree shutter, but down-converted by blending three frames together, then deleting the next two frames. That gets exactly 24fps, but there’s a car that everybody knows is about to blow up.  And when it blows up, the car itself and the explosion is 120 frames per second, or 60 or 48.  And the rest of the scene remains 24fps. So you can keep dramatic scenes at 24fps if there is any discomfort about it, but it doesn’t inhibit you from having an action sequence that’s 48, 60 or 120fps.

Are you working on any projects now that utilize this technology?

I’ve got two screenplays that I’m finishing right now. I’ve got the technology now. I finally realized that I have to get back to directing, which I stopped after Brainstorm. I’m developing screenplays that are actually written for this new medium. The screenplays are structured in a way that they are first-person experiences. One is a science-fiction epic adventure that occurs 200 years in the future. I want the audience to feel that they are actually on the adventure with crew and directly in jeopardy and directly experiencing these amazing events. And so I’ve written it in that way. And I’ve got another movie that’s really about UFO’s. It’s almost an autobiographical movie because I’ve been interested in UFOs all my life, and worked on Close Encounters Of The Third Kind [1977].

He shot a castle banquet scene with a king and a queen and a bunch of courtesans and a beautiful set. The footage has been available at lot of industry events. It was shot about a year and a half ago for CinemaCon. He shot it at 24, 48 and 60 FPS, plus some action sequences at even higher frame rates. He’s made that demo available to the industry so that everybody has the chance to see the differences in these frame rates.

What do you make of some of the criticism of The Hobbit that the 48fps high frame rate can be tough to watch during certain scenes?

My guess is that people are going to go through the same experience that he (Peter Jackson) and I have been through, which is that once you sit in an editing room or screening room and start looking at stuff at 48fps, you get to really like it. And then when you go back and look at 24fps you say, “Oh my God, how did we stand that for so long?”  It’s a really interesting phenomenon. You kind of have to go there and be in it for a while. And so I think the audience is going to have that same experience.

If you've seen Life of Pi, then you've been blown away by Richard Parker, the Bengal tiger. Meet Bill Westenhofer, the VFX supervisor who lead the charge in making him.

The incredible true story behind the wonderful film The Sessions, here's our conversation with director Ben Lewin.