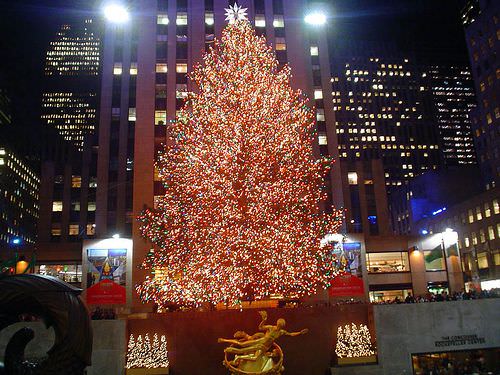 Merry Christmas and Happy Holidays From The Credits!

Thanks to MovieClips.com, we’ve assembled a list of Christmas clips that represent the spectrum of emotion felt during this day of giving and receiving, of familial harmony…

Some of these films are proper classics (who amongst us hasn't relented to It's A Wonderful Life at some point in their holiday history?), while others are classics of the cult variety (we're looking at you, Wild at Heart and Gremlins fans). What they all have in common is they deal with the holidays in some capacity, with one small, furry exception (you'll see what we mean below.)

Of course no list like this is ever totally comprehensive, and a lot of great holiday films were left out. We simply wanted to get a nice cross section of holiday moments, from the absurd to the sublime. A few of these films show up on our trivia timeline, where the behind-the-scenes story is often as great as the film itself.

So Merry Christmas and Happy Holidays to our readers, and we look forward to an exciting, cinematic year ahead.

One of the most iconic scenes from arguably the most iconic Christmas film of all time, George offers Mary the moon, and gets a good lesson from an eavesdropping neighbor.

Christmas trees can be a bit of a hassel. They can make a mess, they're not the easiest things to haul in and out, they can be fire hazards, and they can often come with undesirable critters, like spiders, or, in the case of poor Lynn (Frances Lee McCain), monsters.

Bill Murray plays the aggressively awful Frank Cross in this take on Dickens’ A Christmas Carol. In this scene, he ruthlessly fires Elliot Loudermilk (Bobcat Goldthwaith), then savages a painting his assistant Grace's (Alfred Woodard) child did. Nobody does nasty quite like Murray.

Clark Griswold (Chevy Chase) has had about enough of his yuppie neighbors (one of whom happens to be Julie Louis-Dreyfuss), and suggests a good place for the location of his tree.

A Christmas memory brought to you by David Lynch. Enough said.

Does anybody chew a scene quite like Alan Rickman? Here, as the villainous Sheriff George of Nottingham, Rickman's fuming at the notion that the public adores Robin Hood, so he does the only sensible thing a man clinging to power can do in such a situation—he calls off Christmas.

An almost painfully charming school rendition of “All I Want For Christmas” in this ensemble piece that follows the lives of eight different couples dealing with their love lives in the frantic month before Christmas.

Will Ferrell, as Buddy, a human raised as an elf in the North Pole, is disgusted to find that the Gimbel's Santa is not the real Santa who raised him, but rather…Artie Lange? The horror!

Okay, not technically a Christmas film, but this scene, in which a penguin family is reunited, is both impossibly adorable and so infused with holiday spirit (Love! Reunion! Warm coats!) that we decided it deserved inclusion. Plus, we'd listen to Morgan Freeman narrate his tax forms.

The incomparable Meryl Streep plays the impossibly dogmatic Sister Aloysius Beauvier in a Bronx Catholic school in 1964. In this scene, she doesn’t quite agree with Father Brendan Flynn (Philip Seymour Hoffman) when he suggests allowing the kids to sing a secular song, like, say, “Frosty the Snowman.” Her take on what that song represents is chilling, but her performance, in pure Streep fashion, is thrilling.

Talk about a Christmas miracle, check out Harold’s shot in this crucial game of…beer pong?