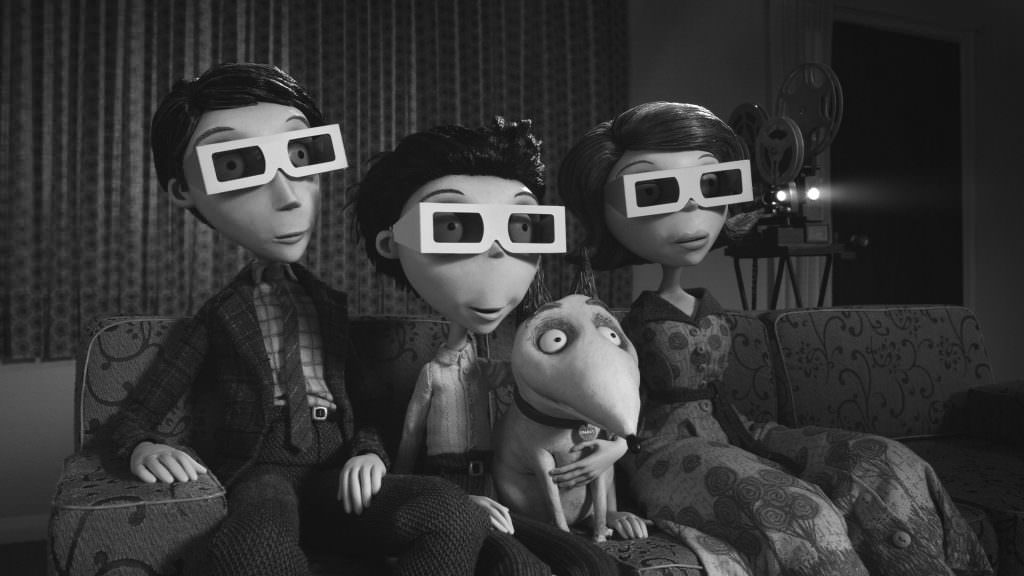 Tim Burton’s Frankenweenie, a likely nominee for an Academy Award for Best Animated Feature, is a marvel of filmmaking. It finds Burton at the top of his game, helming a film that clearly was a labor of love. The question we were interested in was: how did Burton get his black-and-white, stop motion comedy horror from 2D to 3D?

So we inquired about the collaboration between Walt Disney Pictures, Burton, and their exclusive 3D conversion partner, Prime Focus World (PFW). PFW was able to work closely with Burton, VFX Supervisor Tim Ledbury and VFX Producer Jonny Finch, and ultimately execute full creative control of the 3D conversion on the film.

We spoke to Matt Bristowe, Managing Director of Stereo Conversion at PFW, about how his team helped give Burton’s incredible vision three dimensions.

Can you tell me (in a way that could be understood by a layman) what the process is of taking Tim Burton’s 2D image to stereo 3D?

BRISTOWE: Without giving away the ‘secret sauce’ to our recipe, the process of converting 2D images to stereo 3D is all about the creative talent of our stereographers, the skill of our artists and our proprietary technology and pipeline.

Our stereographers are at the front line of the conversion, interacting with the director and VFX supervisor, interpreting their desires, advising based on their own experience, and setting out the flow of the depth in the movie.

Our artists help to translate the vision onto the screen, generating depth mattes through sophisticated, labor-intensive rotoscoping and creating the depth through our View-D™ conversion process. It’s the skill of our artists that is the key – the majority of us have binocular vision, but being able to interpret creative instructions and direction in stereo while viewing it on a flat plane, like a computer monitor or eventually a cinema screen, is a unique skill in itself. 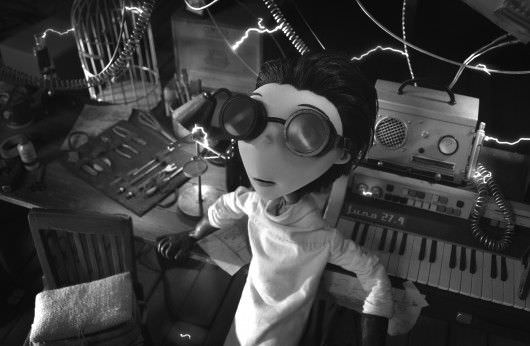 What was it like working with Tim Burton on this project?

Working with genre-defining creative visionaries is always a thrill, but working with Tim Burton on such a personal project gave that thrill an extra dimension – if you’ll pardon the pun. Frankenweenie is a good example of a film for which the 3D played a major part in realizing the director’s vision. This film was a labor of love for Tim, based on one of his first short films (also called Frankenweenie, which he shot in 1984), and there are knowing references throughout which show his passion for this kind of ‘B’ movie horror film tradition—1950’s American cinema (usually starring Vincent Price!), that created a 3D film craze in the early 50’s. The 3D aspect of Frankenweenie really speaks to that style of filmmaking.

How do you begin turning something that’s rendered in 2D into 3D?

Good stereo [3D] starts in 2D. When a scene already has depth cues in the foreground, mid-ground and background, a translation to 3D will always enhance this. The nature of stop-motion allows for a fantastic level of control and Frankenweenie was deliberately composed this way in camera, which in turn, is why the stereo is so good—we weren’t “generating” new depth, we were enhancing the rich depth that was already captured in 2D.

At the start of a project, we will produce a ‘depth script’ that maps out the use of depth throughout the film and helps us to define the ‘stereo look’ of the film in conjunction with the director.

People sometimes assume that the 3D conversion process is more technical than creative – almost ‘push the button marked 3D and wait for the film to pop out the other end’. This couldn’t be further from the truth – the conversion is a hugely creative process, which allows filmmakers amazing scope to enhance their storytelling with depth in post-production.

Every scene throughout the film is carefully considered for depth. There are the more obvious ‘jump out’ moments, like the cat leaping out when Victor exhumes Sparky in the graveyard, or when elements come out into theatre space. But it’s easy to overlook the subtleties as well: like when Mr. Rzykruski looms large in the classroom. You may not notice immediately, but there’s a huge amount of depth being used there, and in Frankenweenie in particular we used depth to play with, and give meaning to the scale.

So it’s not just a technical exercise, but a creative one as well?

There is a very important technical side to what we do, and we have a fantastic R&D team who are constantly evolving our View-D™ technology and technique…but the guys who are converting these shots, and the guys who are supervising them, all the way up to Richard—these guys are artists. We use the depth in the film as a creative tool in the same way that you would use the grade or the edit—or indeed the score. Dramatic moments can be heightened, characters can be made to seem smaller, more vulnerable and lost, or indeed larger and more impressive. Sets can be made to look huge and cavernous, and characters can be sculpted to emphasize their features and produce more depth in the foreground. And all of these techniques become even more effective with stop-motion animation, because we have more creative control and artistic license with puppets and artificial environments than we do with humans and live action sets.

The depth for every shot, every sequence, and every scene in the movie has been designed to elicit an emotion or feeling in the audience. With conversion, every stereo moment is a creative decision, and the beauty of this is that the decision can be made, and changed, in postproduction—you’re not locked into what you captured on set. Directors we have worked with closely on recent projects—like Tim Burton, and David Yates on Harry Potter—really embraced this opportunity to use post conversion as a creative tool. All the options are there for them to manipulate the shot as they see fit—plus there’s the opportunity to achieve depth in shots you just cannot achieve in camera. 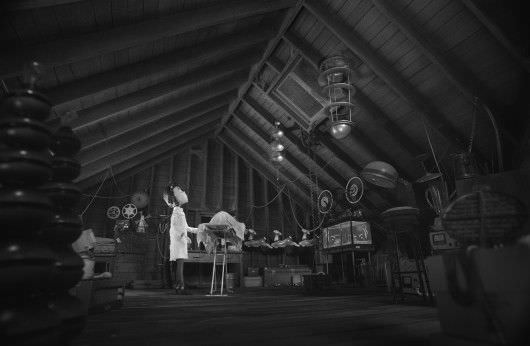 A depth script can be visualized as a graph that spans the duration of the film. The senior stereographer will put one together to visualize the flow of the depth in the film, and to help our artists to understand where they are going with the film. We’ll also discuss it with the director, to make sure we've interpreted his vision correctly.  We look at every shot in the film and chose how many pixels of depth we want in each sequence, and once we have those depth values we can plug that into a script.

With Frankenweenie, it was natural to tie this in with the score of the film and the way the music works, because that is inevitably tied into the emotion of the story and these elements all have to work together. So when we sat down with Tim, we spoke about which scenes should have more depth, which should have less and which we wanted to enhance. For example, when Victor goes into his attic we wanted to feel a certain scale to that environment. Through the film we gave different depths to different environments to really complement the piece.

The aim is to produce a 3D experience that is as much a seamless part of the movie as the color grade or the score. If any of these things stand out for the wrong reasons, then the person in charge of that element hasn’t done their job properly.

The nature of stop-motion animation is very different to live-action movies – and the requirements in terms of the 3D conversion are also different.

With stop-motion animation, a lot of the shots are locked off, and are up longer on screen. This allows the eye to travel and enjoy all of the detail in the scene, so it’s important that the conversion, and the depth, is pixel perfect and sensitive to this at all times.

It was very important for us to visit the stop-motion set, not necessarily to gather any specific information; it was more about understanding the ethos, the craft and the detail of Frankenweenie, and how stop-frame animation works. There is a very different pace to a stop-motion film, and for Richard and me, and our artists in London and Mumbai, coming straight from working on Wrath of the Titans, it was important for us to stop and recalibrate to this new pace. The visits to the set really helped in this respect.

The other important aspect of our visits was understanding the level of detail that goes into a stop-motion animation set. When you see that every tiny book in the bookcase at the back of the set has a spine with an individually painted title, you appreciate how important it is that this detail is preserved for the audience. Consequently, our approach to the conversion of this movie concentrated not just on the detail in the foreground but also on presenting the amazing backgrounds and sets to their best advantage with a pixel perfect, crafted 3D conversion that would allow audiences to appreciate this incredible work. 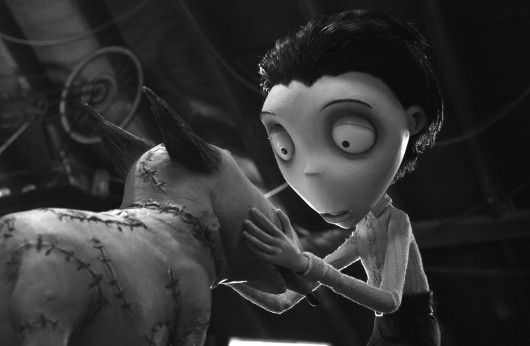