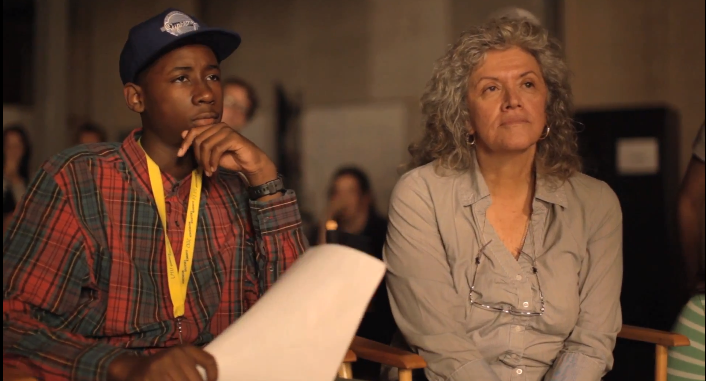 By now, you’re likely settling into the familiar post-holiday stretch. Gifts are being un-boxed and well-worn, wrapping paper has been sent in trash bags to the curb, and New Years’ Eve plans have been meticulously hashed-out. But before we start making resolutions and returning unwanted gifts, here at The Credits, we wanted to take a moment to celebrate the holiday cheer permeating the final weeks of 2012. A truly heart-warming program brought to us by the folks at Loyola Marymount University School of Film and Television, has given underprivileged students in Los Angeles one invaluable gift: a two-week first-rate instruction in filmmaking.

Loyola Marymount University, renowned for boasting a comprehensive film program for underground students, has extended its collegiate filmmaking instruction to high school students in the Los Angeles area. LMU’s film-centric Summer Creative Workshop offers students from lower income neighborhoods across Los Angeles the opportunity to receive an intensive two-week collegiate education in all aspects of film production—from screenwriting, animation, directing, producing, editing, and more. The program is an innovative initiative to foster filmmaking love at the high school level, in the hopes of propelling students’ success in the industry at LMU’s undergrad program, and beyond.

The results are heartwarming and pronounced. LMU’s program has been the catalyst for a bevy of students’ film careers and life-long interests in cinema. Check out the video on this year’s very talented class of aspiring filmmakers:

We spoke with program director Charles Swanson, who gave us the inside scoop on the LMU Summer Creative Workshop and how it’s helping local high school students to expand upon their love of film and break into the industry, all while achieving real-world filmmaking experience.

The Summer Creative Workshop at LMU has been going on for several years, providing 16 high school students annually the rare opportunity to live on the LMU campus and attend rigorous film training sessions, at no cost. “For the first week, they get first rate, direct instruction on everything from photography to editing, film production, design, you name it,” Swanson explained. “Then the next week, we start shooting their projects, and the students are separated into two categories: production and animation.”

The workshop allows students to have an active role in producing multiple films, while under the instruction of LMU's highly accomplished faculty. During their stay, students engage with LMU students, alumni, professors, and guest speakers all while attending a diverse spectrum of film classes. For the first week, students are put into teams to engage in writing screenplays and brainstorming on the kinds of film projects they wish to pursue. In the second week, the students’ ambitions are put to the test: the program culminates with the production of two short three-minute film projects in production and animation.

The only LA-based program of its kind, the LMU’s Creative Summer Workshop targets nine local high schools for participants—and the response has been huge. Now, applicable sophomore and junior students can apply for a competitive spot among 16 Fellow positions in the program.

In a city that calls Hollywood ‘home,’ the opportunity to fully engage with film production is a great way to get students involved in local professional filmmaking and to bolster interest in the art form. So what are they looking for? “Passion,” says Charles Swanson. “One kid skateboarded all the way to LMU from Palos Verdes, where he went to high school. He told us that he lost his money for the bus and skateboarded the whole way. That was impressive. He was eager and he knew what he wanted: to focus on editing and directing.” It seems that kind of unbridled passion is commonplace during the workshop, where students are tasked with exploring many aspects of film production that they might not have been exposed to prior.

According to Swanson, students come away from the program with much more than they initially anticipated.  “We had one young woman who has written her own children’s novel, and she said she wanted to be a screenwriter,” said Swanson, “but when she picked up the camera, she just loved being behind it. So, like with our undergrads, I think they come in with an idea of what they believe they want to do, but then they might find that they’re interested in a different aspect of filmmaking.”

Therein lies the real value of the LMU summer workshop: it provides students who might not otherwise get the chance to work in real world film production, while gaining a deeper understanding of the subject and exploring future career possibilities.

We spoke with Joseph Anderson, a junior at Crenshaw High and former LMU Creative Summer Workshop student, who focused on the production of a short animation film. “My teacher told me about the program—he noticed I was always watching movies and talking about them—maybe too much, really,” Anderson joked. But his interest in film has been a rather serious and lifelong pursuit. “I couldn’t think of another subject I enjoy,” he said.

For Joseph, LMU’s Summer Creative Workshop was an invaluable opportunity to hone his passion for film. “I just really wanted to be there [at LMU],” he said, “and the students, the staff, everything was just so comforting. We worked long days and long nights doing what I love. I learned about writing scripts—and about how many people it takes to get storyboards done. I learned so much about animation—from basic structure, to production, and design.”

The program has since strengthened Joseph’s resolve to pursue a college education in film. “I absolutely want to go to LMU [as an undergrad],” he said, and he’s grateful that the summer workshop has provided the springboard he needed to get serious about animation production.  “One of the animation teachers gave us his business card,” Joseph said, “and he encouraged us to keep interacting with the school, by helping to guide us through the steps we should take for applying to LMU’s undergraduate program.”

And Joseph’s not the only one. Program Director Charles Swanson notes that by the time students have finished the program, they’re eager to continue their film education. “They’ve been in this group of creative people with creative voices, and their confidence is just bolstered,” he said. “They leave here and they say, “well now I can be in film. I can be a cinematographer or a director. That’s really the main spark we’re trying to instill. The gift we hope this program gives is the broadening of their perspectives and some hope for the future and their creative abilities.” 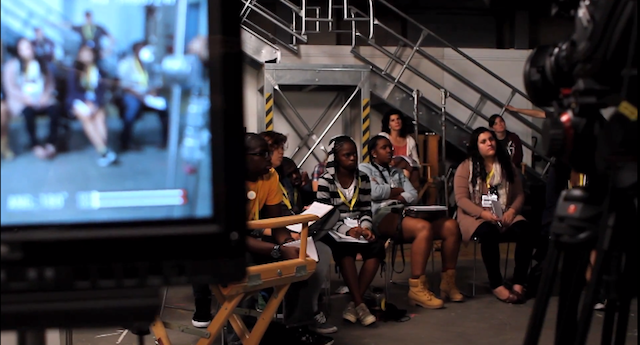 For more information on LMU’s Summer Creative Workshop, be sure to visit the program’s website. And check out the department website for more on LMU’s Undergraduate Film and Television Program.