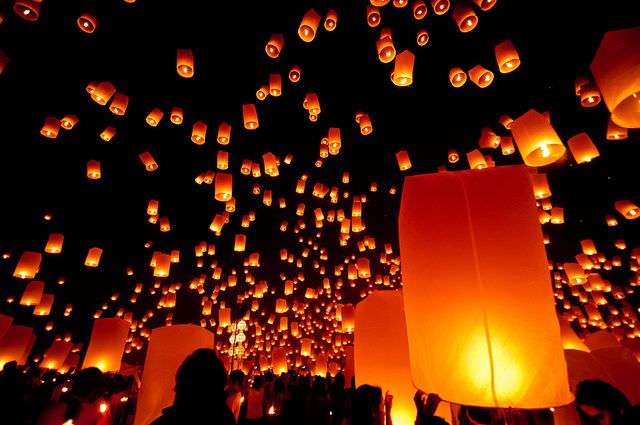 Happy New Year’s Eve! From The Apartment to When Harry Met Sally – 7 Clips to Ring in the New Year

One of the most famous scenes in film history happens to occur during New Year’s Eve, and it also happens to include arguably the most famous kiss in film history, too. See if you can figure it out from these clues—the scene is set in Cuba during a raucous New Year's Eve party in which a troubled man by the name of Michael stomps out onto the dance floor, grabs his brother, and gives him a kiss on the lips. Yeah, we know, pretty easy to figure out that this is Cuba at the start of a Castro-led revolution, and Michael’s last name is Corleone, and the kiss he gives his brother Fredo is the kiss of death. “I know it was you, Fredo. And you broke my heart.” Is there a better New Year's even scene in film, or better yet, a better scene in film?

That argument is for another day, because today we're paying tribute to an evening that can be more heartbreaking than any other holiday—to be alone when the ball drops, to look back on a year misspent or look forward to a future that’s clouded in uncertainty—and cinema's contribution to capturing the pathos of New Year's Eve. Yet, New Year’s Eve can also be, of course, the greatest night of the year, be it a bacchanal celebrating all that has come before and all that will pass, or a quiet evening with a loved one, it’s a holiday that invites both introspection and revelry, and filmmakers have long used the inherent drama of the last night of the year to their advantage.

There were so many indelible New Year’s Eve scenes to chose from—the unforgettable (and at the time, ground-breaking) moment in the original The Poseidon Adventure (1972) in which a New Year’s Eve party is broken up by the biggest party crasher of all time—a freak 90-foot tidal wave. Or the classic film Holiday Inn (1942) in which retired nightclub crooner Bing Crosby flees the big city with a broken heart to open a country inn that’s open solely during the holidays, only to have the man who stole his girl (none other than Fred Astaire) dance his way back into Bing’s life, threatening to steal his new love interest.

So here is a selection of scenes that prove that while New Year's Eve is dramatic by nature, some of our greatest filmmakers have proven time and time again that the last night of the year can be made even more dramatic by design.

This is, arguably, one of the most iconic movie scenes in history, the immortal “dinner roll dance” that the impossibly gifted Charlie Chaplin performed in one of his most beloved films. Chaplin plays The Lone Prospector, a man in search of gold in Alaska. What he finds instead is love, in the form of beautiful Georgia (Georgia Hale). He prepares a New Year’s Eve meal for his beloved and waits for her sure-to-be-soon arrival. When her and her friends “arrive,” Charlie puts on a dance performance for the ages. This short scene is a bittersweet masterpiece, and still resonates for anyone who has ever waited in vain for someone they loved on the last night of the year.

Billy Wilder’s film about Joe Gillis, a hack screenwriter who’s been tapped to write a script for former silent-film star (and well past her prime) Norma Desmond (Gloria Swanson) is one of the greatest films of all time. It also includes one of the most uncomfortable New Year’s Eve parties ever put on film, in which Gillis shows up to Desmond’s mansion and finds a four-piece band, a full bar, and no guests.

Two lonely people find themselves together on New Year’s Eve in Delbert Mann’s beloved film. Written by screenwriting giant Paddy Chayefsky, Ernest Borgnine gives a painfully sweet performance as the eponymous loner, and in this scene, when his attempted kiss is rebuffed by Clara (Besty Blair), it looks like the new year will be just like the last, filled with loneliness and despair…

One of the truly great New Year’s Eve scenes in film (broken up into two clips here) can be found in The Apartment, Billy Wilder’s classic. A beautiful Shirley MacLaine finds herself in a situation many of us have been in—spending the last night of the year, and the first moments of a new one, with the wrong person…until she decides to throw caution to the wind and race to the man she loves, but will it be too late?

You didn’t see this one coming, did you? Sharing a New Year’s Eve dance together, seemingly mismatched Danish aristocrat Karen (Meryl Streep) and big game hunter Denys (Robert Redford) have very different outlooks regarding their place (and their goals) in Kenya. Yet it’s clear they have chemistry, and the scene also highlights how finding yourself in the company of an attractive foreigner is not the worst way to spend the last night of the year.

If this clip wasn’t included we’d be doing a disservice to this list, even if it’s the one scene everybody first thinks of when they think of famous New Year’s eve moments in film. The reason it still resonates is it epitomizes the fantasy of finally finding love on the one night where it feels like everybody deserves somebody if only for the moment the clock strikes twelve. So many ingredients were right in this film—the actors (Billy Crystal and Meg Ryan, of course, but also Carrie Fisher and Bruno Kirby as Marie and Jess, respectively, were perfect as Harry and Sally’s mutual friends), the direction by Rob Reiner, but perhaps the most important (and oft-overlooked) aspect was Nora Ephron’s script. Who hasn't longed to say just the right thing to the person we love at just the right moment? Thanks Nora, we'll never live up to this moment.

An odd choice for sure, but there's something right about this scene in which a fun-loving (therefore maddening) mom, Mrs. Flax (Cher) kisses her daughter Charlotte’s (Winona Ryder) crush on New Year’s Eve, prompting a screaming match, and the arrival of little sister Kate (Christina Ricci) on the porch, wondering what all the fuss is about. It’s worth watching just to see these three actresses in a scene together.

And finally, a New Year’s Eve mashup for those that just want to forget all their troubles for one night and party—Happy New Year's Eve!

Featured photo of lanters being released in Thailand by Mark Fischer