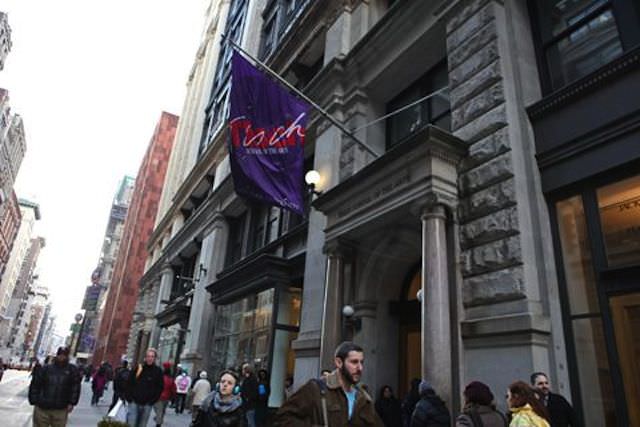 First Film School, Then The World: Three NYU Students On Movies, Ambitions, and The Future of Film

"I believe that while it may not be possible to train people to make films, it is possible to create a climate in which people can learn to make films, where aspiring artists can absorb, in a relatively short, intensive period, insight that others have wrested from the experience of an entire career." ­

With innovation and technology forging ahead at unprecedented rates in the film and television industry, the next generation of filmmakers is getting more attention than ever. After all, it will be up to them to decide what movies will look like in ten, twenty and fifty years from now.

We headed to New York University (just in time before another semester comes to a close) to profile three students enrolled in film programs at the Tisch School of the Arts: Matthew Fowler, a graduate student in the screenwriting department, and Katie Baldocchi and Lee Gold, undergraduates in the directing program. Below, see what they have to say about how they fell into filmmaking and what they hope to bring the industry in the future. 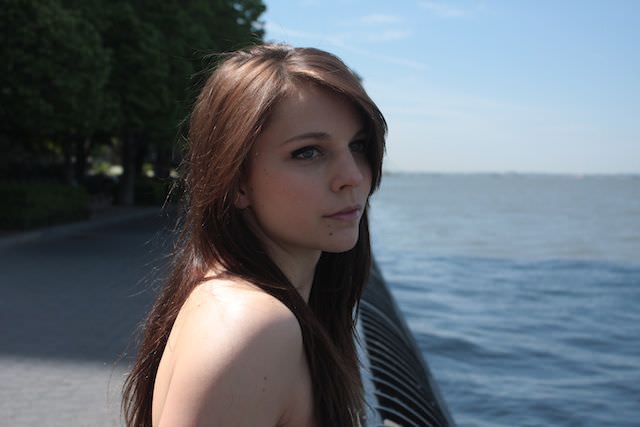 When did your interest in filmmaking begin?

I always liked gangster movies when I was younger. I had seen a lot of horror movies, probably movies I was too young to even watch because they were so violent. They had a lasting impact on me, and made me curious about film and the power they had. The first film that really inspired me was The Godfather. Then, I started watching Scorsese and David Lynch films, and was struck by how bizarre and daring they were.

I like a lot of foreign filmmakers like Park Chan-Wook, who is an amazing Korean director. I look up to people in the industry who are ambitious, artistic and have a unique vision.

I used to say that I would take any job that allowed me to be on set. When I first came to NYU, I couldn’t narrow my focus and tried nearly every department and I discovered that I loved it all. I started working with a camera and realized that maybe I could direct, so hopefully, when I graduate, I can pursue that.

What was your favorite (or most challenging) assignment you’ve had?

I took a class called Sight and Sound. We were given these old, funky 15 mm. cameras, had to finance our own films and crank them out quickly in the streets of New York. Sometimes we would have to change film while it was raining. It was hard to do, but so rewarding. When you get the film developed, and you’re cutting and splicing physical film—words can’t describe it.

A documentary class, a camera class and a lecture on Italian cinema. I’m also starting preproduction on my own short film that I hope to shoot in the spring. It’s experimental, very dark and feminist-driven. I’m not a dark person, but I guess it comes from the films I watched when I was little.

How to approach my surroundings, and my interactions, with an artistic eye. I’m always looking for beauty or a story on a daily basis. My professors are always pushing me to dig deeper and go beyond just picking up a camera and shooting.

What do you love about making movies?

When I was in high school, I was a jock. I didn’t consider myself an art student. When I thought about college, I considered a major that had to do with different cultures because I love traveling. I also liked to dance. I did all of these different things and couldn’t figure out a way to combine them until I found film. That’s what I love most about filmmaking. The process is hard, but I come out with not only with a product, but a greater understanding of the things I love to do.

Beasts of the Southern Wild. It reminded me how it felt to be a child again, with the broken narrative and mix of images. It was beautiful, gritty and felt so real. I was the only person in the theater. I was shocked when it ended that I was the only one who had paid for that screening, so I hope it reaches more people. 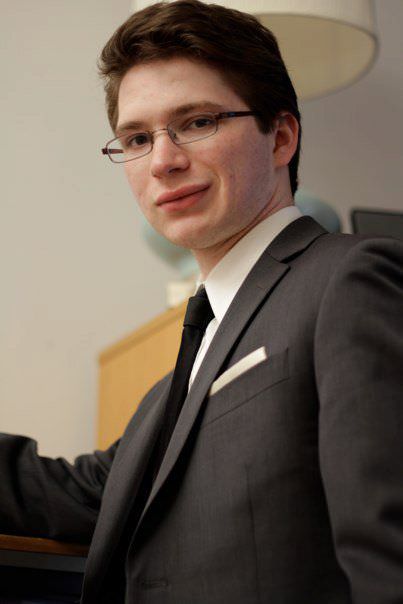 When did your interest in filmmaking begin?

I remember watching Jaws when I was young. We got a VHS copy of the movie, which had some behind-the-scenes features. Before that, I didn’t have a clue about how movies were made. I thought everything was done in one take, I didn’t understand when cutting happened or when you moved the camera. It was a normal behind-the-scenes, but to see someone filming the scenes that I had watched really sparked my interest.

Paul Thomas Anderson, who makes films he wants to make. That’s the person who I can most look up to—someone who makes movies that they want to make, who understands where the art form started, where it’s going, and how to improve upon it. I also like Harvey Weinstein and Ari Emanuel, who shift the industry and are constantly looking forward at what it can become.

I want to bring a new style of filmmaking—something that hasn’t been seen before. To look back and find a point in history and say that’s when this shift happened, and I was a part of that.

Entertainment law, film marketing and distribution and a class on media moguls. You need to know how to protect yourself, the pitfalls you might you have to avoid and what to do and not do. Also, knowing how to market your movie (especially online and through different platforms) is such an integral part of the entertainment industry right now.

Are you also working on films outside the classroom setting?

Over the summer, I interned for Darren Aronofsky’s company. This upcoming semester, I’m going to be working for a company called Protozoa Pictures as a production intern. I read scripts that people sent in and write coverage on them. I’m also producing a feature length film for NYU students. It’s a great script—a coming of age story for this 80-year-old man who’s a former jazz player.

Knowing how to manage your reputation and make contacts. It’s important to understand where to be and how to be helpful. If you’re friendly, people will remember that. My professors also tell me it takes time, but if you’re passionate enough about what you’re trying to make, it should work out. You have to go through years of rejection and waking up at odd hours to film a shot of the sun rising, but if that’s what you love, then you’ll be enjoying yourself.

What do you love so much about making movies?

Writing and directing my own story and seeing it come to life. Everything that happens in film is deliberate. There are moments I wake up at 2 a.m. and am not exactly thrilled, but when I look back and think how I got this job or the people I had to work with and challenges I had to overcome, it’s so much fun.

I saw Shame recently. The story itself was incredibly well-done. I haven’t seen a story so self-composed and concise, but still brings out every element of the character. It’s simple, yet sticks with you so well. 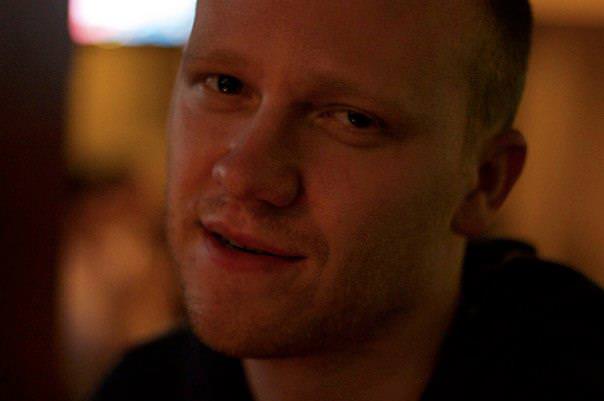 When did your interest in screenwriting begin?

In first grade, we had to write a page in our journal every day. My mom found out that I wasn’t writing, and was drawing instead. She gave me a stern talk and made me keep a journal at home. That’s how I started to write. I’d also watch television with my mom all the time—TGIF, The O.C., and The Wonder Years (I’m a big fan of the teen drama and comedy), and we’d keep up on each series. I started writing my own scripts during math class in middle and high school.

I liked John Hughes, and now Judd Apatow. What they both do well is find an emotion underneath their comedy.

To bring stories that are real and that people can recall and say, “I remember when something like that happened to me.”

What was your favorite (or most challenging) assignment you’ve had?

Last semester, I worked on a screenplay about a homeschooled kid who has to go to public school when his mom leaves the family. Well, she might die—I’m still re-writing it. (laughs). I also worked on a script that was about an old man who lives at an independent living home, and escapes for the night. It’s a comedy—well, it’s supposed to be at least.

I’m taking a screenwriting thesis, where you write a full screenplay, the one-hour drama and late-night comedy writing. In Tisch, you cross-train—you write in television, screenwriting and playwriting.

To listen and take people’s critiques, but also trust yourself with what you’re writing.

What do you love about writing scripts?

In screenwriting, you get to play different parts. It’s not all from one perspective. I like putting myself into the head of another character and seeing what they would say in a certain situation. And I like seeing how your writing affects other people and how they react to it.

I just saw Deconstructing Harry. I went through a Woody Allen phase. I like that Woody Allen is in tune with the art of writing. He’s not just setting out to tell a story, but he’s an auteur.