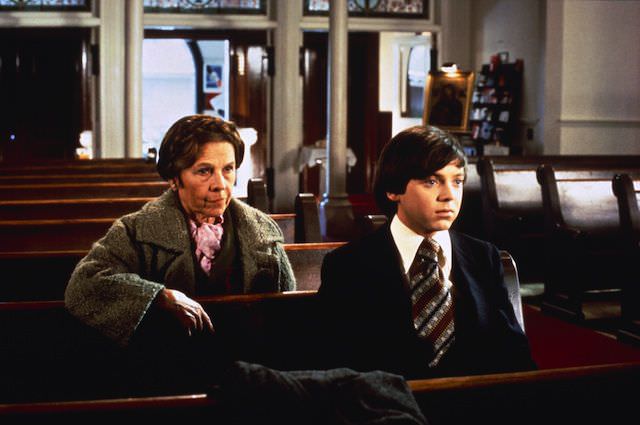 By A Black Sheep

Moms and dads get them. Sporty brothers. Stylin’ sisters who like J. Crew gift cards in their stockings and unwrapping tins of makeup for Hannukah. Even hi-tech grandmas get them. But I ask you: where is the gift guide for the Black Sheep of the family? After all, how on earth are you supposed to shop for that family member who refuses to conform—like the cousin with the morbidly uncomfortable sense of humor, or the anti-capitalist aunt living off-the-grid in New Mexico? Where oh where is the guide to help you find the perfect gift for the Harold (of Harold and Maude fame) in your life? Because, let’s face it, an Aeropostale gift card isn’t going to cut it.

Thus, we present, perhaps for the first time ever: A Black Sheep Film Gift Guide. One of the most difficult family members to shop for, the Black Sheep has a unique and refined film aesthetic—one that’s comprised of avant-garde directors, English subtitles, and existential plotlines. We’re talking cult. Camp. Experimental. A film has to have just the right amount of pop culture obscurity and artistic grit to merit an underground following, while remaining gravely misunderstood by mainstream audiences.

And here’s why a good film is a great gift for your lovely but cynical and sarcastic Black Sheep family member: film is to the Black Sheep, what an iPad is to the ‘Wired Dad.’ Defining.

As a Black Sheep, I’d be remiss not to acknowledge the scores of films I watched that defined me as a person and brought me through the unbearably banal stretch of time that was (cringe) adolescence. Waters. Lynch. Godard. Brakhage. Tarchovsky. Cronenberg. And, moving into adulthood: Maddin. Aronofsky. Von Trier. And don’t forget the camp: Wet Hot American Summer, Pink Flamingoes, The Rocky Horror Picture Show…

So today, we celebrate Black Sheep everywhere with this comprehensive film gift guide, in the hopes of preventing film gifts gone amiss, like, say, Black Sheep (a little too literal, thanks) or The Long Kiss Goodnight (I’m still trying to figure that one out, dad):

Harold and Maude (1971) by Hal Ashby – Maybe the most definitive Black Sheep movie, Harold and Maude is about a young man obsessed with death and his blossoming relationship with an old woman on the verge of it. Lots of Cat Stevens.

Anything by David Lynch, but especially Eraserhead (1977), Blue Velvet (1986), Twin Peaks (1990-1), Lost Highway (1997) and Mulholland Drive (2001)– Creepy-but-not-quite-scary master of cinema and arbiter of some of the most bizarre fetishes on film, David Lynch reigns with enough experimental touches to drive someone right up to the very edge.

Following (1998) by Christopher Nolan – Before there was Dark Night, there was Following, Christopher Nolan’s debut black-and-white neo noir about a writer who stalks for story material, as one does. (We recently reviewed the new Blu-Ray release here.)

Melancholia (2011) by Lars Von Trier –The world is ending with a fierce and beautiful bang, thanks to Von Trier’s trademark cinematography (think: dark, dreamy, and disturbing), and Kirsten Dunst plays the disturbed manic-depressive coming to terms with it all.

My Winnipeg (2007) by Guy Maddin – A black and white sort-of documentary about Winnipeg, Canada as skewed through the lens of resident Maddin’s surreal nightmarish (in a good way, of course) imagination.  We’ll put it this way: it’s by the same guy who claims the plot of his latest flick can only be understood after the third viewing. And no, it does not get any cooler than that.

Weekend (1967) by Jean-Luc Godard – If existentialism, meta filmmaking, and twisted plots hit the mark, then this French New Wave classic about two lovers who are plotting each other’s death in addition to the death of a dying wealthy father (lots of death plotting here), is a pretty solid choice.

Suburbia (1983) by Penelope Fierce – Punks run away from home and seek solace in abandoned suburban tract homes, set to a score that includes the Pet Shop Boys, T.S.O.L. and The Vandals. Pretty sure Flea is ‘the cool one’ in RHCP primarily because he’s in this movie.

Edward Scissorhands (1990) by Tim Burton – What a parable for the misunderstood in life! Johnny Depp is the eponymous town outcast with knives for fingers and Winona Ryder is the suburban teen who sees past the stigma (and practical complications). ‘Round here, we call that Black Sheep love (aww).

My Own Private Idaho (1991) by Gus Van Sant – Loosely based on Shakespeare’s many Henry(s), My Own Private Idaho is the perennial tale of two best friends, played by River Phoenix and Keanu Reeves, who are gay street hustlers embarking on a journey that takes them from the Pacific Northwest to Italy and back again.

If… (1968) by Lindsay Anderson – a 1960’s cinema classic, If… is a film about the corruption of, and abuse within, the British school system and the boys who bravely stand up against it. Considered an allegorical tale to the social revolution of the 60s, this is essentially a Black Sheep manifesto…of sorts.

Feature image: Bud Cort as Harold and Ruth Gordon as Maude in HAROLD AND MAUDE, Courtesy of The Criterion Collection