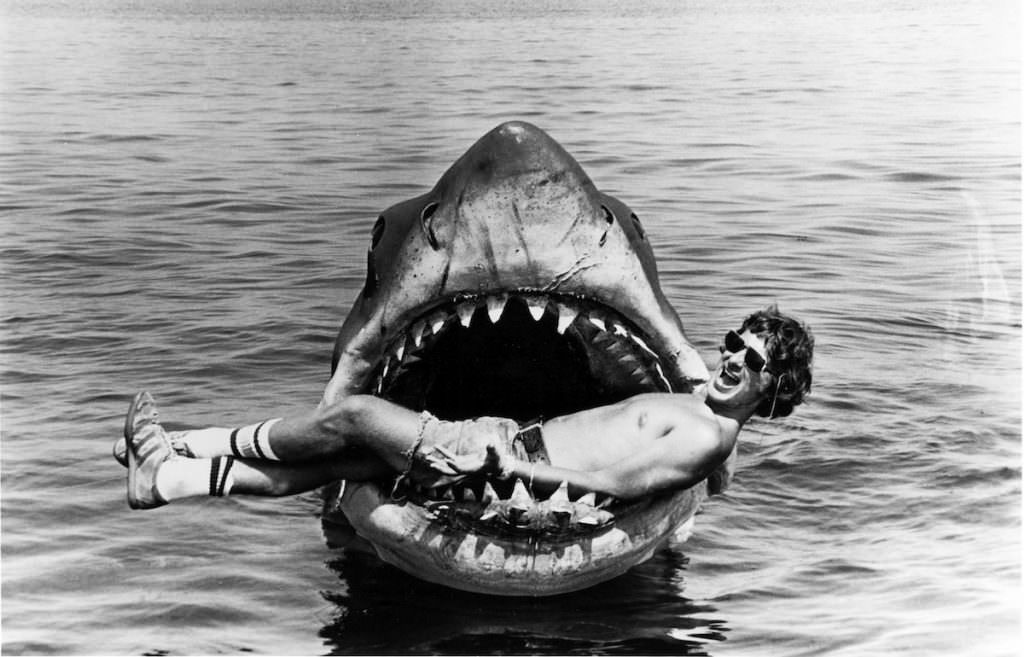 A Holiday Gift Guide for the Budding Filmmaker in Your Life

Do you have someone in your life who dreams of making movies? Or perhaps someone who just loves knowing how they’re made? Well, we've got some book and film titles that will satiate the hopeful screenwriters, directors, and producers in your life. No list like this could ever be totally comprehensive, so tweet at us if you’ve got some recommendations to add to this list.

For screenwriters, there is an overwhelming amount of choices out there, and many of these books have things in them that are useful, but we’ve boiled down the list to three that are foundational, thorough and different enough that you could read all of them and glean unique and meaningful insights from each:

“Screenplay: The Foundations of Screenwriting” by Syd Field: One of the bibles of the screenwriting books from the Jedi master of arcs, acts, and inciting incidents himself. This updated classic is essentially a must-read for every hopeful screenwriter out there.

“Story: Substance, Structure, Style and The Principles of Screenwriting” by Robert McKee: This screenwriting tome is not only fantastic, informative, and beautifully written, it's now (how meta) also a part of the film cannon. McKee and his universally well regarded "Story" were immortalized in Spike Jonze’s film Adaptation (written by screenwriting legend Charlie Kaufman) in which the great Brian Cox plays McKee, a god in the eyes of Donald Kaufman (played by Nicolas Cage). In Adaptation, Nicolas Cage plays both Charlie Kaufman and his brother Donald (in real life, Kaufman has no brother Donald), as they fight over, among other things, whether one should follow McKee’s “Story” by the letter. McKee’s "Story" is beautifully written, insightful, and filled with wonderful examples from legendary scripts (from Robert Towne’s Chinatown to Ingmar Bergman’s Through A Glass Darkly), and explains not just how to craft a beautiful script, but why certain elements of scriptwriting, and storytelling itself, are essential and, ultimately, timeless.

“Save the Cat! The Last Book on Screenwriting You’ll Ever Need” by Blake Snyder: Okay, probably not the last book you’ll ever need (in fact, reading either Field or McKee’s book first would be a good move), but a swift read with a built-in methodology that will help any screenwriter in need of organizing principles to help them cut through the extraneous stuff and write a compelling story. You may not agree with everything Snyder writes (he uses Christopher Nolan’s Memento as cautionary tale…one could be excused if they felt Nolan’s done all right since then, and that Memento might have been the very thing that propelled his stratospheric career), but Snyder’s excellent at distilling crucial script requirements into workable directives for the writer.

“Making Movies” by Sydney Lumet: The legendary director of such classics as 12 Angry Men, Serpico, Dog Day Afternoon, Network, and The Verdict, Lumet draws on his four decades of experience to beautifully relate the mountain of effort, detail, and decisions that go into making a film. He takes the reader on a tour of the incredible amount of coordination and collaboration that it takes to pull off a film, told from the perspective of the director, the man or woman responsible for overseeing it all.

“On Directing Film” by David Mamet: Mamet’s such a good read, which shouldn’t be surprising considering he’s a world-class playwright and screenwriter. This book helps shed light on the myriad tasks a director must perform in order to create a moving film experience for the audience. Mamet isn’t everyone’s cup of tea—he has very strict rules on what should and should not be in a film (he hates flashbacks, narration, and anything that doesn’t propel the story ever forward)—but he’s earned his rigid rules through decades of great work on stage and on screen.

“How Not To Make A Short Film: Secrets From a Sundance Programmer” by Roberta Marie Munroe: Former Sundance short film programmer, Munroe’s got the chops (and the credits) to help any aspiring filmmaker looking to break into the industry with an excellent short film. Many great directors got their start by making shorts, and this book is a savvy guide from someone who has made, and paved the way for, great short films.  (For an example of a compelling short film that catapulted the careers of its makers, look no further than Nash Edgerton and David Michod’s nine minute film Spider, which led to Michod directing the outstanding 2010 Animal Kingdom, and the upcoming The Rover, with Robert Pattinson, Guy Pearce and Scoot McNairy).

“Women Directors & Their Films” by Mary G. Hurd: Mary Hurd’s book profiles a slew of noteworthy female directors, from the sorely missed Nora Ephron to beloved indie directors like Mary Harron, Allison Anders and Penelope Spheeris, to current powerhouses like Sofia Coppola and Kathryn Bigelow. Hurd also profiles documentarians, experimental and international filmmakers, offering insights into the lives and careers of these incredible filmmakers, as well as a discussion of the narratives, themes, visual techniques and styles of their work. It’s a necessary corrective to the dearth of books on the many amazing female filmmakers who have made the industry what it was, is, and will continue to be.

Films About The Making of Epic Films

We’ve written about great movies that were, themselves, about making movies, but here are some added titles that are thrilling, shocking, surprising, and, at times, totally insane. If you want to know what it’s really like to make a film, these documentaries will shed some serious light on the subject. Be forewarned, the picture is not always pretty.

Heart of Darkness: A Filmmaker’s Apocalypse: This absurdly absorbing documentary takes an unflinching look at the calamitous making of Francis Ford Coppola’s Vietnam epic Apocalypse Now. Using footage shot by the director’s wife, Eleanor, while they were in the Philippines, and including interviews with the cast and crew 10-years later, Heart of Darkness weaves a behind-the-scenes story of biblical proportions—including typhoons, major money problems, Filipino government intervention, Martin Sheen’s drunken nervous breakdown (he eventually has a heart attack), and Coppola’s own descent into psychosis.  It’s one of the most shocking, incredible films about the making of a film ever made, and a must-see for any aspiring filmmaker or film lover.

American Movie: This documentary, directed by Chris Smith, about a true American dreamer, Mark Borchardt, and his quest to make his short horror film Coven, is hilarious, somewhat heartbreaking, and ultimately inspiring. Borchardt uses relatives, friends, local theater talent, his credit card, and $3,000 from his uncle while he tries (for three-years) to finish his film. Battling his own film-worthy obstacles, from drinking and gambling to family issues, this documentary manages to capture the often quixotic goal of making movies without mocking its subject. Yes, you’ll laugh often, but part of what makes this documentary so good is how genuine Borchardt is. You desperately want him to finish his film.

Burden of Dreams: You could do a list of must-see movies for aspiring filmmakers that would be nothing but Wernor Herzog documentaries and films, but to find out what Herzog puts into his craft (and what it takes to be a true auteur), Burden of Dreams is unbeatable. Documentary filmmaker Les Blank captures the five-year process of making Herzog’s insanely ambitious film Fitzcarraldo, about one man’s attempt to build an opera house in the heart of the Amazon jungle. Among some of the issues that cropped up for Herzog and his crew were losing two actors (Jason Robards had health issues, Mick Jagger had scheduling issues), Herzog’s fierce battles with Robards replacement, Klaus Kinski (one story has it that a member of a local tribe offered to kill Kinski for Herzog, but, alas, Herzog needed him to finish the film), and the small trouble of Herzog’s demand that no special effects be used for one of the most infamous (and incredible) feats in cinema history—the dragging of a 320-ton steamship over a hill by hundreds of Native actors.

Lost in La Mancha: Continuing with our theme of great directors doing insane things in the name of their art, there’s this documentary, directed by Keith Fulton and Louis Pepe (and narrated by Jeff Bridges) about Terry Gilliam’s failed attempt to make a film adaptation of Miguel de Cervantes novel “Don Quixote” called The Man Who Killed Don Quixote. Gilliam and his co-writer, Tony Grisoni, decided they were going to make their own version of Quixote by doing away with Sancho Panza (Quixote’s earthy side-kick) early on the film, to be replaced by a time traveling Toby Grisoni, a 21st century marketing executive whom Quixote mistakes for Panza (to be played by Johnny Depp, no less). The production was beset by, among other obstacles, a nearby NATO aircraft target practice, a flash flood, hail, and an injured lead actor, and eventually the extremely fragile budget (Gilliam was already known for being an excessive, money-obliterating auteur) and tight schedule completely unraveled. Gilliam’s dream of making the film might live on…but without the great director at the helm.