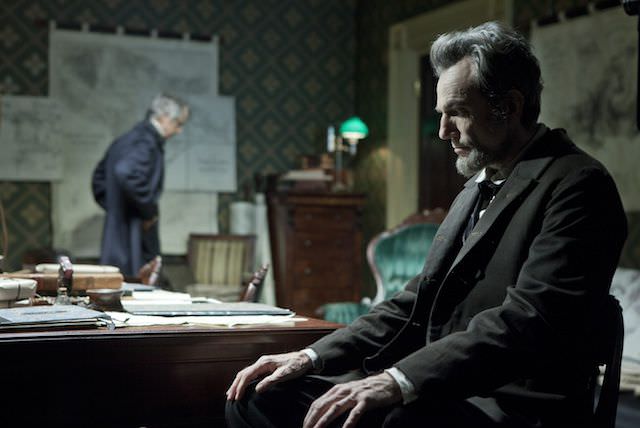 For a president whose face appears on the five dollar bill and who has starred in countless elementary school plays, book reports, and dreaded pop quizzes, Americans just can’t seem to figure out Abraham Lincoln.  Blame his larger-than-life stature, his well-worn anecdotes, or the truly bizarre myths that continue to circulate nearly 200 years after his death, but at least one uncontestable fact still stands: Abraham Lincoln is the ultimate American legend, and that the mere mention of his name is a fable unto itself only proves it.

But as the New York Times recently pointed out, cinema depictions of Honest Abe have been, for the most part, underwhelming (and no, we're not including Benjamin Walker's take on the ax-wielding version of the man in Abraham Lincoln: Vampire Hunter). Granted, it’s a tall film task to be sure. How adequately to best represent a man whose name evokes the glut of 200 years of idolatry and Greek-esque mythology? A man considered arguably the greatest president in American history, who could be intensely private and morose as well as emotionally generous and witty? And more befuddling, still, who on earth could play such a man convincingly? Henry Fonda, Raymond Massey, F. Murray Abraham, Jason Robards, and Hal Holbrook have all played Abe, and there's not a slouch in the bunch, but one could argue that neither any actor on that list, nor none working today, would have a better chance at figuring out a way to inhabit the enduringly mysterious Lincoln than the man director Steven Spielberg tapped—Daniel Day-Lewis. 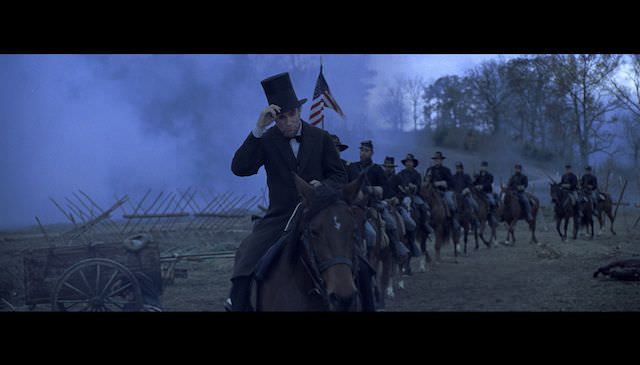 Judging  by the early reviews, Spielberg's choice was the right one. The historical epic Lincoln is already being heralded as possibly the best cinematic depiction of the 16th US President. Just look at the ingredients Spielberg is working with: a lead actor who is often considered the best of his generation, a script by legendary playwright and screenwriter Tony Kushner, and source material based in parts on the best-selling historical book by Doris Kearns Goodwin, Team of Rivals. The focus of Lincoln is on Honest Abe’s final four months of his life, and the pre-release press hype has proven that as good as the film is, the real focus may very well be on the film’s star, Daniel Day-Lewis—who’s already been stoking on-set lore for his refusal to step out of the character of Abraham Lincoln.

Hang on. Let’s just pause to imagine that for a moment.

Now, character immersion is hardly new territory for Day-Lewis, who’s all but copped to being an orthodox method actor. He’s gained industry notoriety for on-set character immersion, like making crewmembers physically lift and move him whilst playing the role of disabled Christy Brown in My Left Foot, or being adamant in learning how to trap and skin animals, shoot a flintlock and build a canoe during the shooting of The Last of the Mohicans. Day-Lewis also famously refused to take medicine when the period clothes he wore—and refused to take off—during the shooting of Gangs Of New York proved paltry in the face of an epic NYC winter and made him ill. Why? Because contemporary medicine had not yet been invented during the time period when the film is set.

These aren’t just quirks, and Day-Lewis’ serious commitment to craft has not been overlooked. The actor has amassed two Best Actor Academy Awards for his work in the aforementioned My Left Foot and playing the monstrous oil tycoon Daniel Plainview in There Will Be Blood. And despite being one of the most sought after actors in Hollywood, Day-Lewis averages about one film every five years, making him one of the most selective actors in the business.

So why, then, did Day-Lewis—one of the most committed, believable, and intensive actors in the industry want to play the president who has befuddled even the best actors, who with his stovepipe hat and beard is almost as much a caricature as a historical figure, let alone an actual person?

These two men may be markedly different in most respects. Day-Lewis is an Oscar-winning British-Irish actor who’s dabbled in woodworking, professional shoemaking, and Shakespearean theater. Lincoln is the rural, self-educated Kentucky-born congressman-turned lawyer who served as the country’s 16th president and abolished slavery. But despite what may seem like a valley-wide rift between these two men, both, frankly, lived for lore. 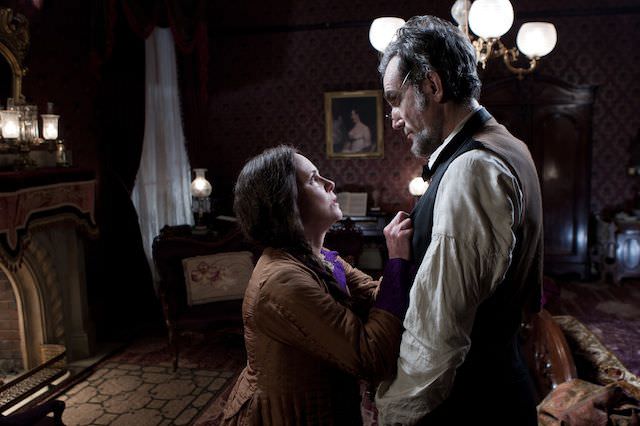 Abraham Lincoln, while reputed for his honesty and morality was also a natural born storyteller. Inspired by the works of Edgar Allen Poe, he was known to tell tall tales. During his tenure as a lawyer, juries often complained that Lincoln’s engaging stories served as distractions from case facts, while campaign competitors cited his love of storytelling as the faulty trait of an incompetent leader. But just as many admirers claimed Lincoln loved a good story—and telling one even more.

Similarly, in every aspect of Daniel Day-Lewis’ life, story reigns. Day-Lewis’ own father is the British Poet Laureate Cecil Day-Lewis and his wife Rebecca Miller, is the daughter of literary icon Arthur Miller (whom he met, yes, while researching his role in The Crucible). Furthermore, it was Day-Lewis’ lead role in the film adaptation of Milan Kundera’s classic novel The Unbearable Lightness of Being where he first refused to break character during filming.

Now I ask you: who better to play Lincoln than Day-Lewis? The actor’s own life is an assemblage of story, myth, and lore—whether on or off camera. And with the press espousing his powerful portrayal of the ever-elusive 16th president in Spielberg’s Lincoln, we think this might just be the most defining depiction of Lincoln—and Day-Lewis—yet.