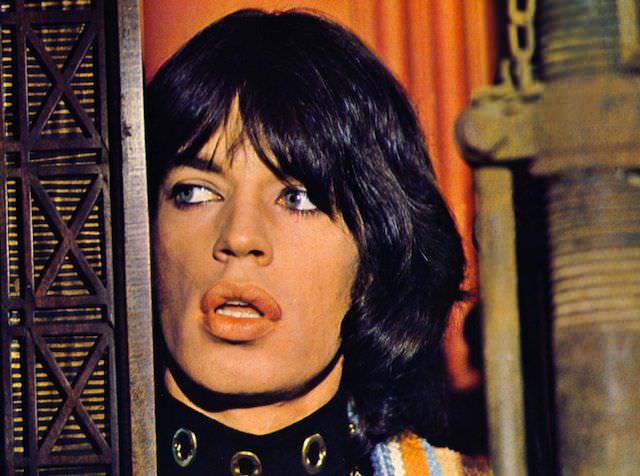 It’s been fifty years since The Rolling Stones first shook the world and acquainted us with the famously unrestrained hips of Mick Jagger and the brooding eye-lined stare of perpetually funny-faced guitarist Keith Richards—not to mention the milder stage antics (but no-less tantamount musical prodigy) of present and past band members Charlie Watts, Ronnie Wood, Brian Jones, Mick Taylor and Bill Wyman.

And while The Stones may have introduced many to the svelte silhouette of too-tight pants, jet-black eyeliner, and the early signs of heroin chic, for many fans, the band introduced us to something much greater: Rock and roll.

To commemorate the inception of arguably the greatest rock band of all time, the Museum of Modern Art NYC has curated the film retrospective The Rolling Stones: 50 Years On Film, which seizes the museum’s big screen from November 15-December 2, for seventeen days of legendary rock docs, rare concert footage, television performances, experimental shorts, and more. 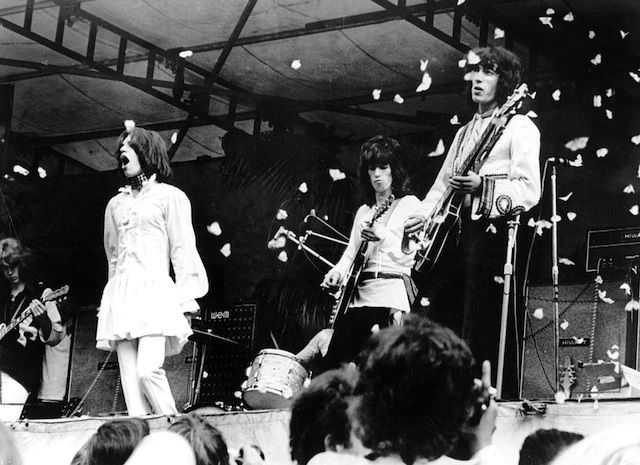 Highlights of the film exhibit include Stones cinemabilia like the raw concert footage assemblage doc Charlie Is My Darling–Ireland 1965 (1965/2012), The Rolling Stones’ Rock and Roll Circus (1968/1996), Gimme Shelter (1970), the scripted Enigma (2001), and Martin Scorsese's Shine A Light (2008). In sum, it makes for one rollicking cinematic tour-de-force honoring the boisterous quartet and its former members.

In half a century, The Stones have amassed an impressive and extensive list of collaborations with some of the greatest filmmakers in history. A list that spans the likes of Jean Luc-Goddard, Martin Scorsese, Michael Apted, Kenneth Anger, Hal Ashby, David Fincher, Albert and David Maysles, and Charlotte Zwerin.

And as Stones fans well know, the band’s history with film is as storied as it is legitimate. 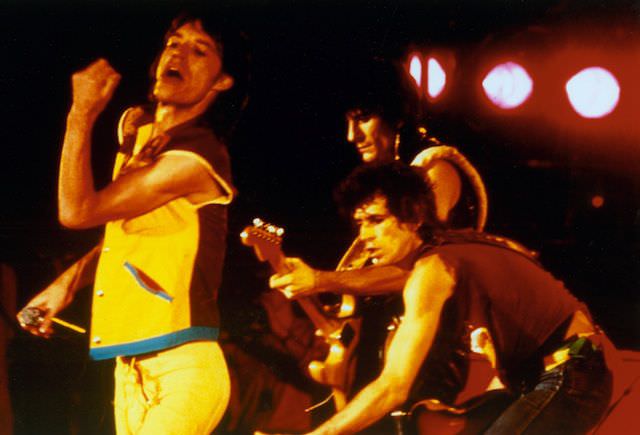 Aptly, MoMA kicked off the film retrospective with Robert Frank’s hyper-controversial documentary C—-ker Blues (1972), which captures the less-than-virtuous meanderings of The Stones and gives perhaps a bit too much screen-time to the band’s scandalous off-stage antics. Well, that’s according to the band, who had qualms with the unreleased film’s negative portrayal of the group (spoiler alert: Keith Richards does drugs on camera!) It’s also the rarest film in the retrospective, having been victim of a court-ordered—and Stones requested—viewing embargo.

But it seems The Stones have made peace with proof of their provocative past. The Stones attended the retrospective's opening, where Keith Richards spoke about the ways in which cinema and, in particular, director Martin Scorsese, have impacted the band’s creative process. According to Fuse’s account, Richards quipped: “Marty helped us get soaked into culture…all of a sudden, I’d go to see the movies and my music is coming back at me.” 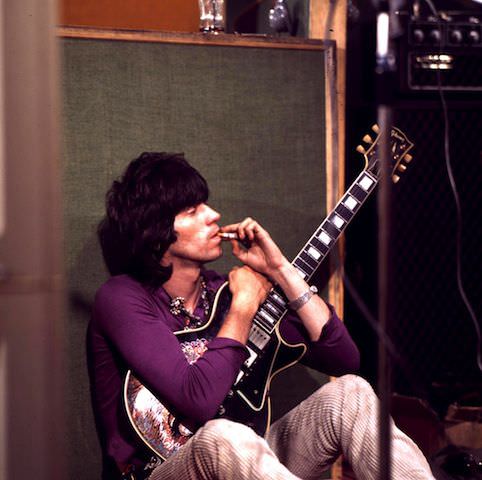 Cinematic influence on the iconoclastic band is obvious when viewing any of the MoMA retrospective’s excellent films. The Credits caught the Sunday night screening of The Rolling Stones’ now-infamous appearance in the star-studded concert film The T.A.M.I. Show (1964), which features epic live performances by acts including James Brown & The Famous Flames, The Beach Boys, Marvin Gaye, The Supremes, and of course, The Rolling Stones helmed by the transfixing swagger of a young (and dare we say innocent-looking) Mick Jagger.

As a film, The T.A.M.I. Show’s influence is profound—director Quentin Tarantino has hailed it one of the “top three of all rock movies.” Agreed. The in-theater reaction for James Brown’s IRL performance of “Night Train” would give any modern day special effects house cause for worry.

The showing was so satisfying that catching the very next night’s feature The Rolling Stones Rock and Roll Circus (1968/1996) on MoMA’s big screen was a given. Director Michael Lindsay-Hogg starred in the film’s prelude and provided pithy commentary on directing The Stones videos “Jumpin' Jack Flash,” “Child of The Moon,” and “Neighbours.” (Fun fact: the band’s music video for “Neighbours” was an explicit homage to Hitchcock’s classic Rear Window.) 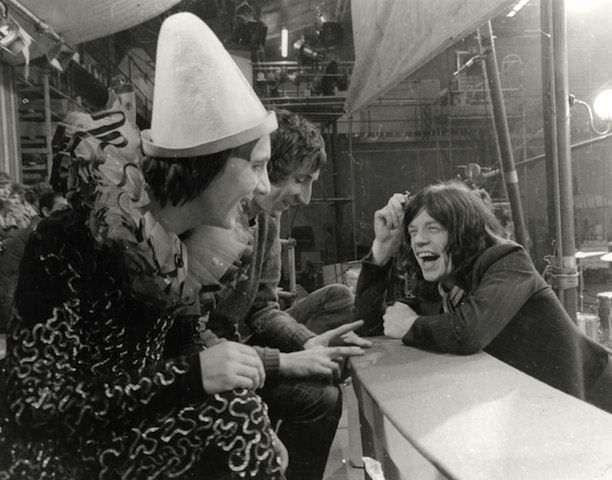 Of course, The Circus itself joins the ranks of other quality rock productions from big music acts of the time, like The Beatles’ A Hard Days Night (1964) Magical Mystery Tour (1967) and, later, The Who’s heralded rock-opera Tommy (1969). And while some speculate that the documentary's release stalled because The Rolling Stones felt upstaged by The Who (who yes, unleashed one of the most extraordinary performances of all time in The Circus with “A Quick One While He's Away"), The Stones’ conclusory set drew in-theater chuckles, ‘wows,’ and a near-standing applause.  And when Jagger says “honey,” into the camera…well, even I had to stifle a reflexive squeal.

Much like The T.A.M.I. Show, The Circus is simply made to be viewed en masse. With performances from Jethro Toll, The Who, Taj Mahal, Marianne Faithful, The Dirty Mac (the infamous one-time supergroup featuring John Lennon, Eric Clapton, Keith Richards, and Mitch Mitchell), Yoko Ono, and The Rolling Stones, you just can’t imagine the effervescence that emanated from a usually tight-lipped arthouse audience. I guess you had to be there.

Better still: you should be there for the next week’s worth of Stones-centric cinema. The MoMA’s dynamic 50th anniversary retrospective is a reminder of just how emblematic The Rolling Stones are—as a band of musicians, as the forerunners of a pivotal fad-defying music movement, and as bona fide ambassadors for generations of art enthusiasts of all ilk. It’s also a testament to the enduring power of cinema. Watching The Stones make history on the big screen is essentially an act of cultural grace. I tell you, there was glee in the theater—and in New York City, of all places. 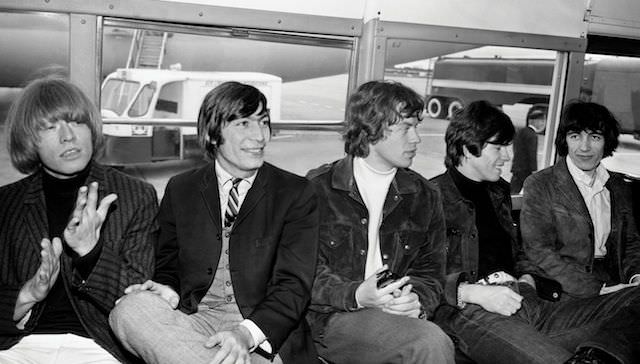 Yes, New Yorkers: it is highly suggested that you fare the city’s winter weather to check out the rest of the retrospective, which culminates in the ultra-rare film, Charlie Is My Darling–Ireland 1965, a documentary of The Rolling Stones on tour in Ireland. For more information, visit MoMA Film’s website. And for those who can’t make it to the Big Apple, be sure to check out the new Rolling Stones documentary Crossfire Hurricane (2012), available on HBO. 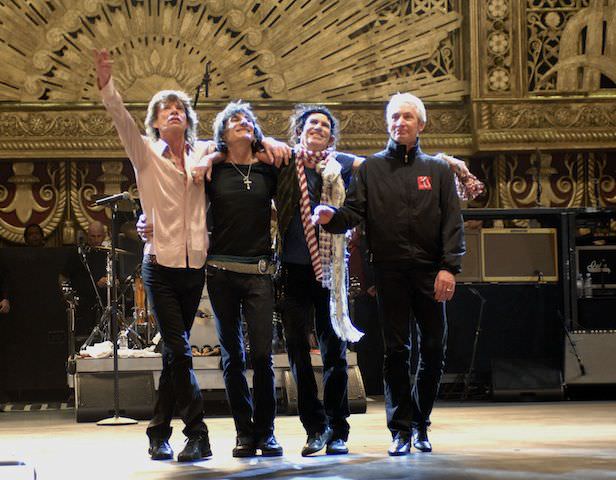