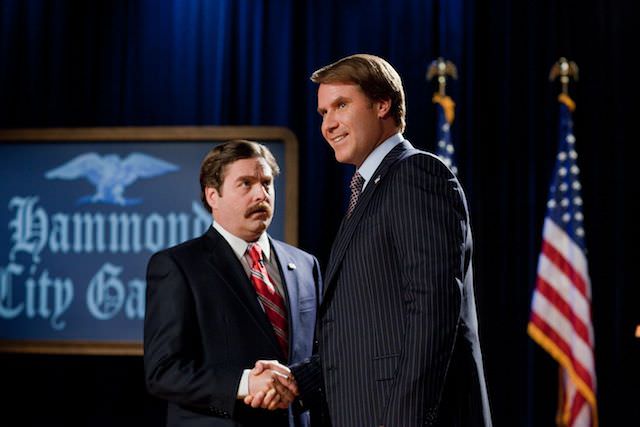 If you can draw conclusions about your fellow Americans by who they vote for, imagine how much you can know about them by what presidential movies they like, which actors portraying presidents they prefer, and who should be moderating our debates.

We conducted a survey of 501 voters and found that Hollywood is still coming up far short on creating memorable female presidents, Samuel L. Jackson would make a good (zombie) war-time president, and one thing Republicans and Democrats can agree on is we need a second President Ford. President Harrison Ford.

Here’s a glance at our ever-surprising electorate:

The right (fictional) man (but not so much woman) for the job.

We asked which fictional president would earn their vote should they be on the ballot instead of President Obama and Governor Romney. Choices ranged from Martin Sheen as Jed Bartlett in The West Wing, to Bill Pullman as President Thomas J. Whitmore in Independence Day, and Cherry Jones as President Alison Taylor in 24:

While Geena Davis might have played the hyper-competent President Mackenzie Allen on ABC’s short-lived Commander in Chief, it seems she wasn’t memorable enough to garner votes as a choice fictional president. But when it came to electing a fictional character to lead humanity back from the brink of zombie-induced extinction, one woman, Milla Jovovich in Resident Evil got plenty of votes…but sadly, she still lost to hyper-cool Samuel L. Jackson:

Jackson’s a curious choice, having experience solely in removing snakes from a plane—especially when pitted against zombie-slayer extraordinaire Jovovich—but to be fair, Samuel L. has had some of the most legendary catch phrases in cinematic history, which serves as a good reminder: (campaign) slogans count, people! And in case you were wondering, pretty much no one thinks Lena Dunham from Girls would make for a good zombie-apocalypse hero (no matter how apathetically dead-on-the-inside her romantic partners might appear on her show.)

Okay, but what actor would you cast as President, and why?

When we let our voters choose from any actor, it was neck-and-neck between arguably two of the most likable stars of their generations:

The partisan divide was clear:

Who says subtlety, or accuracy, matters?

When we asked our voters which actor portrayed a real president most accurately, the leading vote getter was, well, pretty shocking:

A moderator with the most.

Should the public be able to choose a presidential or vice presidential debate moderator, the choice was clear: