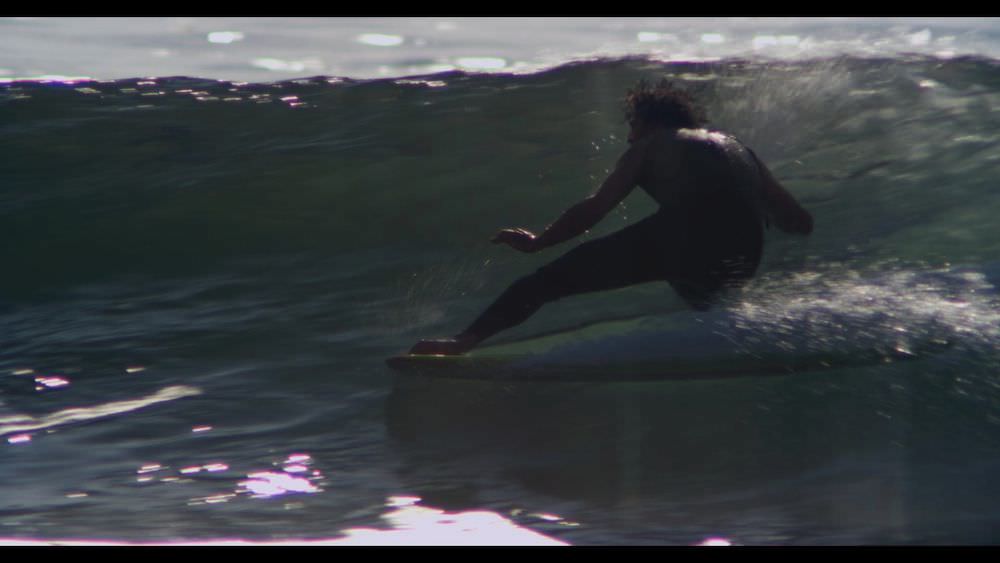 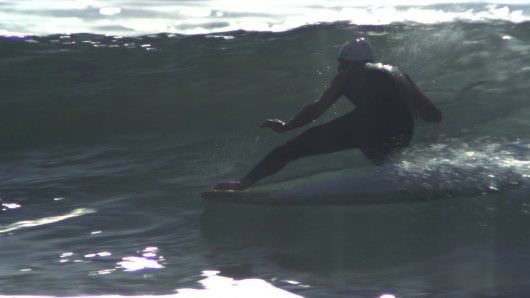 Scott Anderson has provided expertise on films such as Steven Spielberg’s The Adventures of Tintin, and through his company Digital Sandbox, a visual effects company, has worked on a bevy of films.  Anderson and his team were brought on board (pun intended) to help directors Curtis Hanson and Michael Apted make the surf scenes in Chasing Mavericks look so realistic that even the legendary surfers who were stunt doubles and stunt performers on the film would be pleased.

It was a Mavericks-sized challenge. Anderson and his team delivered. We spoke to the visual effects wizard and sometime surfer about how he helped put the Mavericks in Chasing Mavericks.

The Credits: So tell us about how you got involved in the project.

SCOTT ANDERSON: The whole thing happened early in 2010 when I met and talked to the Walden Media team [producers on the film], that led me to a meeting with [director] Curtis Hanson. What was really interesting to me was all of Curtis’s questions were about how do we get the feeling, not so much technically, but, “hey, here’s what I want to do creatively, and I need some help.”

That had to be a promising start. What did you guys talk about?

Well, what was clear from the conversation was that his big concern was about the face replacements, and the idea that we knew the actors would never be able to surf Mavericks. Sure, we’d be able to get them up to speed, but no matter what, there’s a practical limit to how good you can get them, because the surfing that Jay [Moriarity] and Frosty [Hesson] do, they’re world class, and no amount of time with an actor would get them to that level. So there would be no question that technology would have to be used somehow. But from Curtis’s standpoint, it was really crucial to him that what came through from the surfing with the actors was the performance, that they got across the feeling of enjoyment, of love, of oneness with the ocean. So the task at hand was pretty simple: how do we get A + B and put the whole thing together. 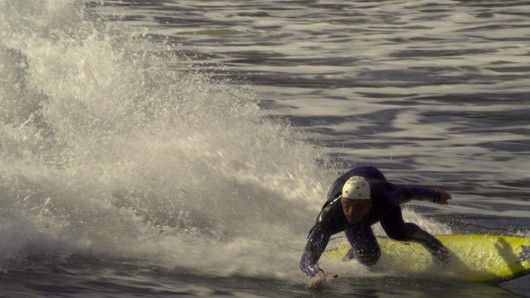 Explain to us some of the many challenges you faced as visual effects supervisor on this shoot.

It’s not like I’m shooting a guy coming down a skateboard ramp, or skiing down a mountain, because our mountains move, and the people who need to shoot the guy on the moving mountain are in boats and also moving, so that cuts down on opportunities to get that exact right moment. 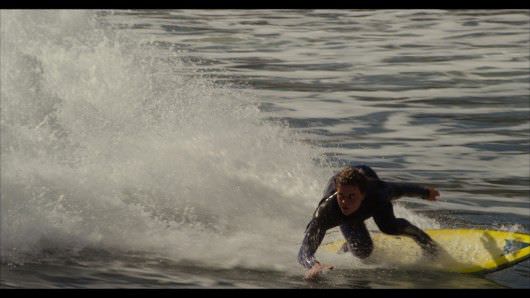 Walk us through a shot.

Our shots actually started in preproduction. As soon as everyone was cast, we started taking [body] measurements, giving ourselves rough guides on their physiology, of their bodies relative to their surfboards. We did 3D head scans to guide us in retargeting and relighting some of what we would be doing with the head replacement. We were working on a budget and with a philosophy of getting as much actual surfing on the camera as possible. We wanted to rely as much we could on great surfing, then figure out how to get the heads on the bodies in post.  We’d watch the editorial come together, weigh in a little bit on what we thought would be challenges, what we thought would be pretty safe, then took the cut sequence and began to analyze it on how best to get our actors into the sequences. For the CGI hoods, we tried to get dots on the hoods, or in the case of the Santa Cruz surfing, where they were surfing without hoods, we got little bathing caps made up for tracking.

How do these CGI hoods work?

The CGI hoods give us something a lot easier to track. A human head full of wet hair and sparkling highlights is hard for a computer to track, but the hoods allows the computer to see where the shapes are and do a little bit of the tracking work for us. For hand matching, our digital artist goes in and smoothes things where what we’re literally doing is, if your head goes left, we tilt the computer model to the left, or to the right, so literally frame by frame, we’re copying where the body is on the stunt double. So based on that, we’d use the tracking hoods to help us rough it in and then use our hands to do the rest, or, if we didn’t have the hoods it was all hands on from the beginning.

How do you then replace the professional surfer’s head with Gerard Butler’s?

On a head replacement the basic process simple: I’d take a stunt double or surfer and they’d do an action in the water, and then we have some aids (hoods) that help us analyze what they did in the water, and then as a secondary process after the edit we analyze what the different physical body performances were, and then figure out how to get the actors to do something that will help us put those things together. In some movies you can do a full 3D head replacement, but that has limitations and puts the actors performances into my hands and my artists hands. While it’s a great tool for a lot of cases, for this film I wanted the actors performances as much as possible. 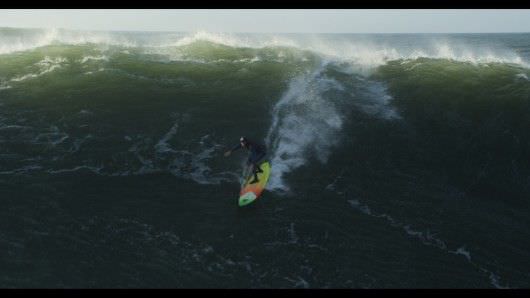 How did you make that happen?

The first thing I did was I studied what the stunt guys did on the ocean, and figured out moment-by-moment what the surfers were doing. I worked with J.D. Streett, our special effect supervisor, we came up with the teeter-totter rig, it’s a hydraulic platform that we can tilt and pitch and rotate so that I could put something under the actors feet so they could feel what I wanted them to feel. Because there’s a big difference between standing on a teeter-totter and surfing, we had to give them a motion to get the feel we wanted, not necessarily the motion that matched the ocean.

So this is a combination of both the magic of visual effects and concrete, hands-on stunt work?

Well, we’re creating an illusion, so a lot of it’s a magic trick—we’re trying to get the result we want without exactly connecting the dots. So J.D. built me the teeter-totter rig, and I broke down the performances of our surfers. Obviously being an athlete and surfer myself, I had a little insight into what that felt like, and what felt normal, and because we knew that it’s sort of almost impossible to exactly match every head position, we devised a multi-camera rig, we used four cameras, three of which were wrapped around the actors to give us a wider-view. This was our basic tech set up: the teeter-totter rig allowed me to control what the actor felt by where I moved the teeter-totter. So with those tools in hand I needed to get a performance from the actor that mimicked surfing the waves that we were putting their heads onto. It’s not an exact copy as if you’re dropping down on a wave, you’re almost freefalling, so I’d have to do something to give the actor that feeling, or the opposite feeling, to get them to react the way I wanted to their body to react.

How painstaking is the head replacement process?

So for each shot we were going to do a head replacement, I created a Q sheet, so I could say, okay at this frame he takes a bump, at this frame he takes a drop, at this frame he does a bottom turn and digs in his edge, in this frame he releases, here he goes off the lip, here he does a 360, and then I choreographed a performance, basically we choreographed the fake performance and worked out queues so with my visual effects and the photo team on set, we would take the tools we had, the cameras, the teeter totter rig, all our stunt assist people, and we rehearsed until we got a performance that worked technically.  Then we’d bring in the actors and show them what we rehearsed and get them into the flow, and for me it was much more important to get them flowing into the moves instead of having them be perfect with what was happening on frames.