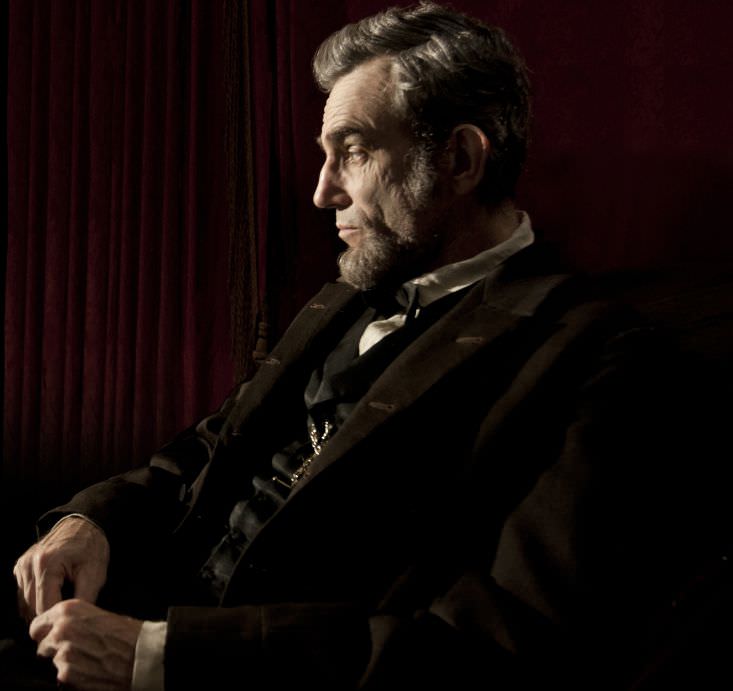 From Election and Frost/Nixon to Dr. Strangelove, 13 Film Clips to Ease You Into This Historic Day

Regardless of who you voted for today (or plan on voting for after work), odds are you’re incredibly nervous and feel the fate of the country hangs in the balance. You are not alone. We decided to showcase a selection of film clips involving or about a fictional president in an effort to take your mind off the epic night that lies ahead, if only for a little while.

Whether your prefer your fictional presidents absurd, sweet, silly or scary, we've got you covered. In honor of the 13 original colonies that declared independence from Great Britain, here are 13 movie clips to give you something to smile at on this very, very serious day.

–Dr. Strangelove or: How I Learned to Stop Worrying and Love the Bomb (1964)

Stanley Kubrick’s comic masterpiece about rogue Brigadier General Jack D. Ripper’s attempt to launch a nuclear attack on Russia is one of the most beloved films of all time, and for good reason. This scene shows the eponymous Dr. Strangelove (Peter Sellers), a former Nazi, describing to President Merkin Muffley (Sellers again) how the world might carry on after a nuclear holocaust by living underground:

Power in the Shower

Dave is one of those movies that's nearly impossible to turn off if you stumble upon it on cable. Kevin Kline (Dave) is a dead-ringer for the real President, Bill Mitchell, who has fallen into a coma, only Dave is sweet and thoughtful (and without cynicism, if this movie were made today Dave would likely be a very different kind of man) whereas the man he's impersonating was anything but. In this scene, Dave is enjoying the presidential shower until an unexpected visit from the First Lady ruins his a capella moment.

Perhaps the only election to get more bizarre and more heated than our current, reality-based competition between President Obama and Governor Romney was the one depicted in Alexander Payne’s hilarious high school film. Tracy Flick (a fantastic Reese Witherspoon) could teach Karl Rove himself a lesson in zero-sum political warfare. In this clip, she  finds out fellow classmate Paul Metzler, a beloved jock, is running for president as well. She takes it…well?

The Living Or the Dead

Honest Abe (Benjamin Walker) battles vampires on inside, and on top of, a locomotive. We're fairly certain Steven Spielberg's upcoming release will differ slightly in tone.

The New Air Force One

The recent winner of our survey on which fictional president Americans would want to elect, President James Marshall (Harrison Ford) is, um, well, hanging on to the presidency with everything’s he got. You sort of just have to watch this clip.

I’d Be Nervous Too

Who doesn't love Bill Murray? Who doesn't want to see Billy Murray play FDR?  Who wouldn't want to have a drink with Bill Murray playing FDR? You get all that here, as FDR mixes a drink while Daisy (Laura Linney) discusses his guests upstairs…the king and queen of England.

W. did for George W. Bush what Game Change did for Sarah Palin—it showcased two empathetic performances that made even the most rabid detractors of the politicians feel something close to fondness. Julianne Moore played Palin in Game Change, and here, W. is played by Josh Brolin, who in this clip is at a press conference discussing the Iraq war. His comment “the only way to win is…to leave, before the job is done,” goes over like a lead balloon. This is also the infamous moment where the President was asked what his biggest mistakes were after 9/11, and what he learned from them. His answer was…less than inspiring. Brolin's performance, however, was filled with feeling.

A Meeting With X

One of the most famous scenes in one of the most famous presidential movies ever, New Orleans DA Jim Garrison (Kevin Costner) meets with X (Donald Sutherland), a special operations chief who reveals some very troubling information about the days leading up to JFK’s assassination. Had X not been sent on an absurd mission to the South Pole in the days leading up to the president’s trip to Dallas, might the assassination have been stopped?

As our movie survey showed yesterday, voters want a leader who speaks truth to power, or, in the case of a potential president, truth from power. Writer/Director Chris Rock stars as Washington D.C. alderman Mays Gilliam, who finds himself suddenly thrust into the presidential election when he’s chosen as the replacement candidate after his party’s original presidential and vice presidential candidates die in a plane crash. In this clip, Mays gives a stirring oration when he speaks the truth about life for many in America.

And you thought Nixon held a ruthless, ultimately futile grasp on power? Here we see a truly remorseless leader in President Coriolanus Snow (Donald Sutherland), iron-fisted ruler of the fictional Panem for more than 25-years. Snow offers a bit of wisdom (or is it cynicism?) regarding the best way to keep people in line, and why he allows a winner in the Hunger Games (the annual death match between children of Panem’s 12 districts)…hope. It’s the only thing stronger than fear. A little of it goes a long way. Too much is dangerous. Snow has created an environment where he parcels out just enough to stay in power.

What a fantastic film. Former President Richard Nixon (Frank Langella) gives journalist David Frost (Michael Sheen) a tour of his home, pouring on the charm in a remembrance of having the General Secretary of the Central Committee of the Communist Party, Leonid Brezhnev, over to his house. Reflecting about allowing Brezhnev to drive his car, he says, “The last thing he drove was a tractor on some Ukrainian potato farm.”

And in perhaps the most stunning moment from this excellent film, David Frost gets Richard Nixon to admit he broke the law. The performances were stellar, Ron Howard's direction subtle, and this moment in the film all the more stunning for having actually happened.