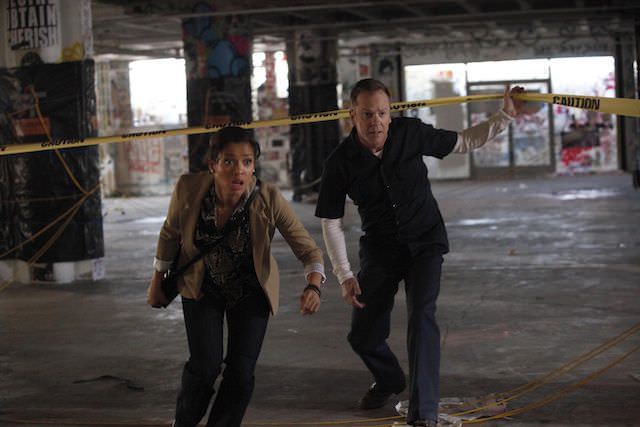 Film at the Vatican Without Leaving LA: How Stargate Studios’ Virtual Backlot Is Revolutionizing The Industry

On location shooting is a variable that can make or break a film or television project. It might be the difference between shooting a scene at Westminster Abbey, or at the neighborhood church. So when visual effects house Stargate Studios launched their Virtual Backlot nearly a decade ago, television shows everywhere could hardly wait to use their game-changing library of virtual backdrops. From Vegas casinos to idyllic beaches, producers could finally green-light exotically ambitious scripts, without breaking the budget. And with a CV that boasts TV shows like 24, ER, The Walking Dead, and Heroes, it seems Stargate has sparked something of a revolution.

The Credits spoke with Stargate Studios CEO Sam Nicholson about the Virtual Backlot, revolutions in television producing, and how enhancing reality truly is better than the real thing.

THE CREDITS: Stargate Studios is known for its renowned Virtual Back Lot. Can you tell us about it?

SAM NICHOLSON: Let’s say you have a two-page scene in Paris, and the producers either tear the pages out or they rewrite it to cut costs–but that’s not what the writer intended.  We can put people in Paris using a green screen and the virtual back lot.  We go and shoot Paris in accordance with the script and then we put people in so it visibly looks like they are there, but the actors don’t have to go. What we’re trying to do is really use the visual effects and visual image-making process to save producers money and increase the creative options that a writer has when they think about a script.

But the secret to that formula is that you have to have an extremely efficient workflow from a visual effects standpoint; it has to cost about half of what it costs to go on location.

This sounds like something that has the potential to revamp on-location filmmaking as we know it.

We’re doing 22 series like that right now and a lot of them are series you would never think have virtual effects in them, like Private Practice and Grey’s Anatomy.  They aren’t big effects-related shows, but if the writers on Private Practice want to go to Malibu and take a stroll on the beach or be in some very expensive location, what we do is we go stage each week in Raleigh and shoot a couple of pages of blue screen and then we can put the actors in Malibu.

This is how I imagine they’d make films in the fictional world of Minority Report. When did the Virtual Backlot first take off?

Interestingly, in a big way, we started after 9/11 because none of the actors wanted to fly.  We also had shows like ER where the actors were used to shooting on the Chicago waterfront in the middle of winter, when it’s freezing. They’d be shooting all night long in nasty weather, and nobody likes that.

We found that we could shoot it in such a way with the virtual back lot that the directors would have complete freedom of camera movement. You can do tricks with exposure and focus where the end product actually looks better than what they had been getting in live action photography and on location.

Then we started building a library of immersive environments and we used it very heavily on 24. Now, we’re using it very heavily on shows like Touch. It’s a really great solution for runaway production because with the right level of technology, you can shoot right here in Los Angeles and you can be anywhere in the world you want to be. That’s a very liberating thing for the writers.

Some of Stargate Studios' Handiwork: 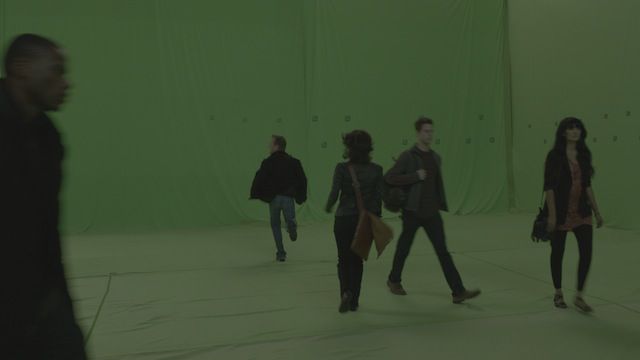 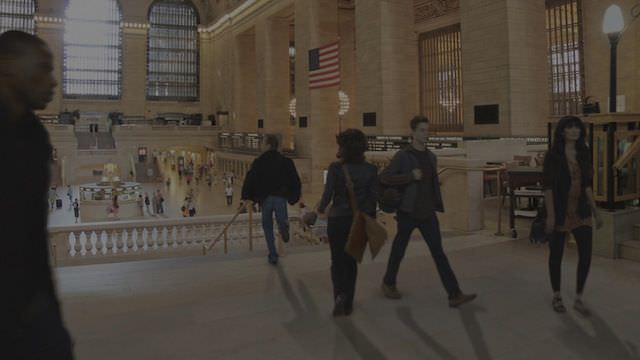 What is the most popular virtual backdrop requested?

Las Vegas is one that’s common, because shooting in a Las Vegas casino is very tough, but if you virtualize it, you have your very own casino on a green screen. The other one that’s tough is Washington DC because of the permits.  We did it a lot with 24 and NCIS, where they want to shoot inside the Lincoln Memorial or on the steps of Congress and you just can’t shoot there.  We’ve staged scenes in front of the Trevi Fountain, The Vatican; you can’t shoot at these places for a number of reasons.  The virtual environment really enhances the creative potential of the project but it also solves the financial problem for the producer, which is how do you get a bigger look for less money?

How has virtual location shooting changed the creative process of scriptwriting?

Writers can now reverse-engineer their concept based on the virtual environments that we have.  They’ll say, “I want a beach scene, but I don’t know where I want to play it,” and we say, “Well, we have Hawaii, Bora Bora, Malibu,” and they can actually look at the environment and determine what works for the scene.

How do you shoot the backdrops in the Stargate Studios library?

They are shot with multiple camera rigs; I usually shoot with 9 or 10 cameras at once.  We shoot high dynamic range. We shoot circle vision. We shoot super high resolution.  Our latest circular environments are about at least 20 times higher resolution than HD. We also do 3D environments, 3D augmentation, 3D sets, 3D set extensions and completely computer generated environments that are sort of real.

We try to use reality whenever possible but if you can blend it with 3D computer generated elements, you can do much more camera movement and it feels more real. Many times, it’s to say: look, we want five news helicopters up there or I want to see a bridge, but I don’t want that bridge. I want to see a different kind of bridge.  We’re definitely starting to get into more traditional visual effects applications and blending those with virtual back lot to ultimately enhance reality.

So ultimately, the virtual backlot provides infinite possibilities for shooting locales, is cost-effective, essentially good for the environment, and pretty much halts the threat of runaway production. Is it too good to be true?

You can shoot scenes at magic hour [the first and last hour of sunlight during the day, ideal for shooting], you can shoot scenes where you can control time and weather and the actors can work on a normal schedule. And the producers are happy because you can shoot about twice as many pages on stage as you can on location.  It works out financially, it works out creatively, and the audience gets a better product. Everybody wins.

***Before and after images of Touch courtesy of Stargate Studios