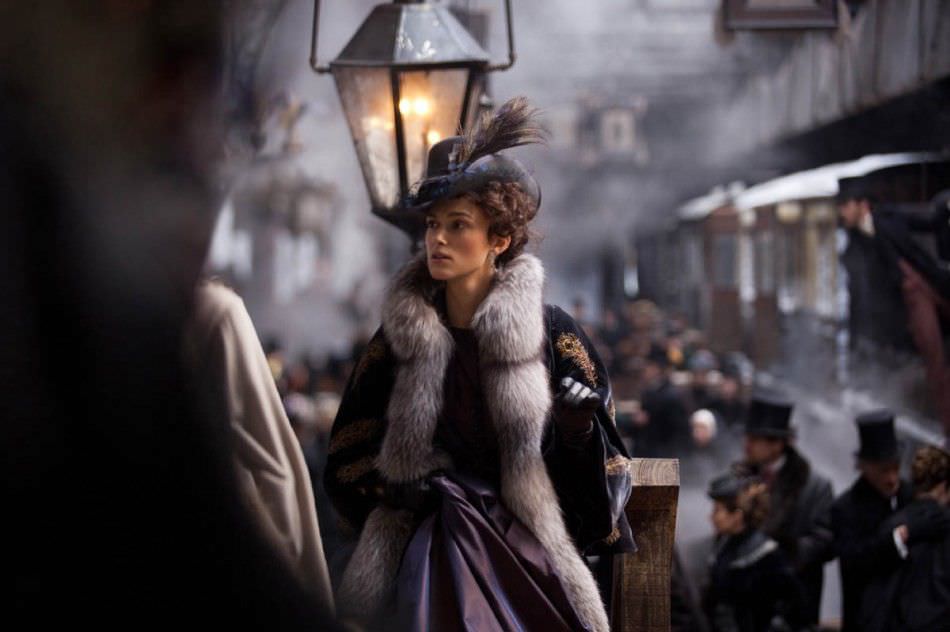 When thrice Oscar-nominated production designer Sarah Greenwood signed on to Joe Wright’s adaptation of Anna Karenina, she had complete trust in her longtime collaborator—but both had a nagging yet unspoken concern about how they would turn Karenina into something more than a straightforward period adaptation like the two had done on Pride & Prejudice and Atonement. Coming fresh off of 2011’s Hanna, Wright knew he wanted to do something unexpected and untested, yet as production neared, he hadn’t nailed it down.

Armed with an energetic script by Tom Stoppard and a powerhouse cast including Keira Knightley in the title role and Jude Law as her long-suffering husband Alexei Karenin, after searching three months for the perfect locations to set Tolstoy’s novel, Wright had his Eureka moment. They would set the entire action of the movie inside a dilapidated Russian theater, with his actors appearing to perform the entire story on stage.

Greenwood was sent giddily scrambling arguably more than anyone else, creating a dizzying array of 100 sets across 240 scenes—all within three months. 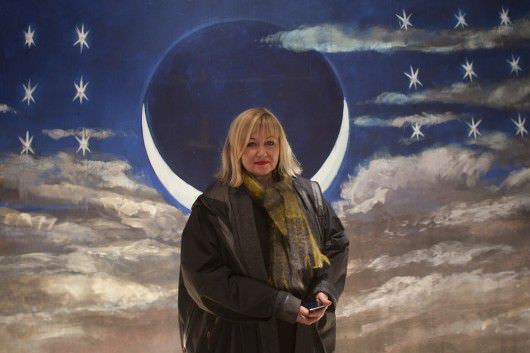 THE CREDITS: What a stunning movie! Did the actors jaws drop every day they arrived on set to see yet another incredible reality to walk into?

GREENWOOD: (Laughs) Yes, it really was continuous—set in constant flux, 24/7, for three months. We were chasing our tails around on four stages the whole time. It was truly epic.

Did you have time to get sentimental over saying goodbye to certain set pieces?

Never! I love it when the sets get taken away. They’ve served their purpose, the crew has been on it and wrecked it, and you just want to call it a day and move on. (Laughs)

It’s my understanding that when this process began, the script had been written, and then the idea to set the entire film inside of a theater was made.

That’s exactly what happened. We set off on the job, with this amazing script by Tom Stoppard, which was a conventional approach to making a film. We were going to shoot in Russia and also build sets in the UK. But from the start, there was always something in Joe’s mind that he couldn’t quite formulate. As we saw things in Russia, and time and money diminishing there, we realized we didn’t have enough money to build the kinds of sets we needed. Everyone was getting a bit frustrated, and Joe realized that he had to come up with a big idea. Three months before we were to start shooting, he turned around and said, “Okay, we’re doing it all in this massive derelict theater!” And he had this whole concept of how it would work. It was brilliant. Everyone suddenly became energized and inspired and enthused after feeling a bit fed up.

Was it a liberating experience to not be hemmed in by actual locations and know you got to create this magical theater set from the ground up?

It was a whole mix of feelings. There were misgivings about the restrictions and cost of filming in Russia; that it would have been something we’d kind of done before, a conventional costume drama; and then there was the worry of doing a 900-page book justice. So to have this idea of bringing it out of the theater was so refreshing and the concept really made the whole thing come to life again. And we felt that hopefully when we made the film it might do that for other people watching. So it was a relief even though it was a very, very big challenge.

Were many script changes required?

The script was fabulous, and interestingly, it did not change. The only thing that Tom Stoppard changed was adding the line: “This all takes place in a derelict theater” as our stage direction. And then it was a case of sitting down with Joe and mapping things out. Some of the scenes he had a very strong vision for, and other things came up as we went along, like deciding to tell Levin’s story outside of the theater setup, scenes which we shot on location in England and Russia in one week.

Joe is noted for his explicit storyboarding. What is your role in that process?

A lot of what I do comes more before the storyboarding—visualizing where we can set things and the atmosphere of what we’re doing. Luckily, because we had had that three month period of pre-pre production where we were researching and scouting existing locations in Russia, there was a lot of information already at our fingertips to contextualize what we wanted.

Do you start at the beginning with brainstorming sessions and then come back and present things to him?

Yes, absolutely. In the early days, Joe spends a lot of time in the art department. He might say something like, I have an idea for this, or I found a picture of this that feels like what I want and you kind of go, OK, let’s figure out what’s at the heart of that and figure out how we convey it. It’s like panning for gold. Then I work with an illustrator very closely to create illustrations for key scenes. But it’s not such a formal, hard and fast process when you work with Joe, because he is always there. He’s very accessible, and he likes to be challenged. He’ll always say no if he doesn’t like something, so it’s a really productive time.

And when filming begins, where are you?

I see Joe into the new sets and get him started and then I’m off to finish the other sets as Joe begins filming.  We have a different methodology in the UK, where we have what we call a standby art director who is left on set, whilst we move onto the next.

After you walk Joe through each set, how much time elapses between when he starts filming?

Zero. (Laughs) Because we were lucky enough to all be in the same place at studios in Shepperton [outside of London], nothing was a shock to Joe. He saw each set as it was being built. Then, once you hand over the set to the shooting crew, when you work with such amazing DPs like Seamus McGarvey as I did here, the set just gets better, and when you see the rushes, it’s fantastic. It just grows in stature. Then the actors bring it to life in a way that you can’t imagine. It’s really exciting.

If forced, could you pick a favorite set out of all 100?

Well, I did particularly like the railway station [where Anna meets Count Vronsky for the first time.] We took part of the theater set to an actual railway station and rebuilt it in a real place where trains actually were. That idea didn’t come to me until a couple weeks before we were shooting, and I’m really glad I had that brainstorm, because for such an important scene, it was still unresolved nearly till the last minute!