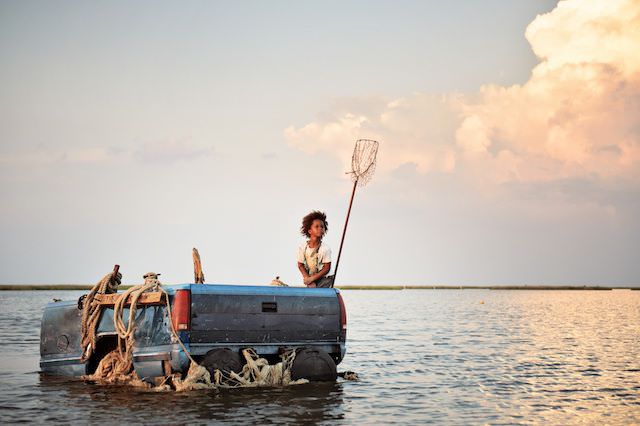 It’s officially Black Friday, and that means holiday gift-buying season is well underway. So whether you intend to spend today elbowing your way to bargain deals at big box chain stores or online-ordering your holiday gifts from the safety of your own home, we’ve put together 10 great recent DVD and Blu-Ray releases. After all, what could possibly make for a better holiday morning than unwrapping say, a definitive DVD box set containing every James Bond flick made to date, the remastered 25th anniversary edition of The Princess Bride, or a brand new copy of indie hit Beasts Of The Southern Wild? Here are a few of our favorite new Blu-Ray/DVD releases:

The Princess Bride Blu-Ray/DVD [20th Century Fox Home Entertainment]: Who doesn’t love this perennial favorite? Directed by Rob Reiner and starring Cary Elwes and Many Patinkin, this movie has prevailed as a time-tested family favorite for its smart blend of schmaltz and wit—and it serves as a quick fix for a dose of nostalgia for those who first caught it in the theaters 25 years ago. Adventure, fairy tale and Fred Savage ensure the film is a safe bet for viewers of all demographics.

The Dictator Blu-Ray/DVD [Paramount Home Entertainment]: Everyone wants a movie that can be watched over and over again. The recipe for repeatability? Epic one-liners, laugh-till-you-cry sequences, and a hilarious lead. And Sasha Baron Cohen’s latest flick fits the bill precisely. Anyone who loves satire and slapstick in equal measures will appreciate The Dictator, wherein Cohen plays a hysterically vain megalomaniac who comes to America. The Blu-Ray boasts outtakes and never before seen footage.

Avatar Blu-Ray 3D Collector’s Edition [20th Century Fox Home Entertainment]: Even if, like the rest of the world, you saw Avatar for the first (or thrice) time in the theater, seeing it at home and in 3D is a pretty good reason to gift this collector’s item to a fan of special effects, great storytelling, James Cameron, or all of the above. And it’s a limited edition, so fans will appreciate the opportunity to see their favorite blue sci-fi protagonists up close and personal.

Alfred Hitchcock: The Masterpiece Collection [Universal Studios Home Entertainment]: Watching a movie by master of mystery and director extraordinaire, Alfred Hitchcock, is an exercise in film study. Storytelling, lighting, suspense—it’s all there in near perfect orchestration. So a masterpiece collection with 14 of Hitchcock’s greatest films? That’s pretty much freshman year at film school. In other words: it’s the perfect gift for cinephiles of all ilk. The collection includes classics like Rear Window, North by Northwest, and Birds, and stars iconic actors like Paul Newman, Grace Kelly, Cary Grant, and Sean Connery. It also comes with a collector’s book.

Moonrise Kingdom Blu-Ray/DVD [Universal Studios Home Entertainment] Wes Anderson may well be one of the most hyper-stylish directors around. His movies are always stamped with his trademark aesthetic—from an uber-cool soundtrack, to lush cinematography and scripts full of heart-warming quirk. So really, Moonrise Kingdom isn’t just a movie; it’s a work of art in a variety of mediums.  Bruce Willis, Ed Norton, and Tilda Swinton star in this nostalgia-steeped film of first-time love in a New England camp, and the chaos that brews around it.

Brave: The Ultimate Collector’s Edition Blu-Ray/DVD [Walt Disney Studios Home Entertainment] When it hit theaters, Brave was an instant hit. Legendary animation, a truly touching—and at times frighteningly enchanting—script, with the voices of Emma Thompson, Kelly Macdonald, and Billy Connolly made this movie a refreshing new animation that quickly gained a cult following. Fans will be more than content with this ultra collector’s edition, which spans five discs and includes the 3D version, plus tons of bonus footage.

Bond 50 [MGM Home Entertainment]: Cars, weapons, gadgets, and one super cool spy—James Bond is uncontestably one of the most iconic figures in cinema. MGM’s latest box set celebrates the 50th anniversary of the franchise and includes all 22 Bond films to date. Loyal fans will appreciate the new digital extras, and the ease of having the Bond collection finally in one place—from Goldeneye to The Spy Who Loved Me. Plus, fans will surely dabble in the featurettes, which include trivia and behind-the-scenes footage of the 23rd Bond film Skyfall.

It’s Always Sunny In Philadelphia Season 7 [20th Century Home Entertainment]: Always Sunny is one of the funniest shows on television, fact. But part of the real humor lies in the show’s quick-lobbed zingers and countless witticisms, which is why the show makes for great repeat viewing. The Blu-Ray includes great bonus extras, hilarious commentary, and of course, an epically hysterical seventh season. A good bet for anyone who likes family dysfunction, Danny DeVito, and mile-a-minute laughs (oh, and the Jersey Shore—a delightful highlight of this season).

Sunset Boulevard Blu-Ray/DVD [Paramount Home Entertainment] This classic directed and co-written by Hollywood icon Billy Wilder and starring William Holden and Gloria Swanson is noir at its best. A struggling screenwriter and near-forgotten silent film star intersect for what is arguably one of the greatest Hollywood movies in history.  History, noir, and lore lovers of all kind will appreciate the Blu-Ray extras and the upgraded quality, especially.

Beasts of the Southern Wild Blu-Ray/DVD [20th Century Fox Entertainment] When this independent hit came out earlier this year, it was hailed as an instant film classic. Critics heralded its dreamlike narration, stunning cinematography, and excellent acting by its young and uber-talented lead actress (Quvenzhane Wallis). Enigmatic, beautiful, moving and heart-wrenching, Beasts of the Southern Wild is a film to watch and then rewatch immediately. And while it’s not out until December 4th, many online retailers are offering pre-order reservations.