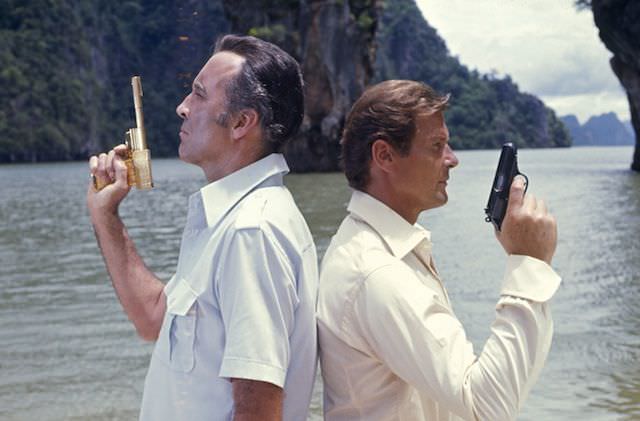 To help celebrate Global James Bond Day on October 5th, 2012, commemorating the 50th anniversary premiere of the first Bond film Dr. No in 1962, we ask you to take a closer look at Agent 007 through the prism of the six lucky actors who have portrayed him. There is Sean Connery’s lethal charm, George Lazenby’s gentle viciousness, Roger Moore’s playful wit, Timothy Dalton’s moral rectitude, Pierce Brosnan’s cool panache, and current Bond Daniel Craig’s brute physicality. These performances have anchored the most successful and longest running franchise in movie history, ensuring that no matter what diabolical madman, luscious Bond girl, or killer gadget was featured, these six Double O’s have left their own indelible mark. The question we pose is: Which Bond Are You?

You are one suave, gentleman-spy, with a witty, mischievous humor and a disarming, easy-going smile: your opponents never see it coming. With a raised eyebrow, you would rather gently mock your opponent’s occasional ineptitude (lucky him!) than scornfully take advantage of it. Strong willed women seem to easily succumb to your good-natured, tongue-in-cheek charms, whether it’s a vengeful KGB agent, a tarot card reading psychic, or a devious jewel smuggler with a strikingly saucy moniker. Your humor always proves a most successful aphrodisiac. Yet when not deploying your mojo in the bedroom, you are always calm and collected when killing madmen, whether with a dart gun in outer space, a spear gun under the deep blue sea, or a bullet to the heart in a funhouse hall of mirrors. Anyway you look at it, your enemies always get the point.

You project an easy calm, but beneath the surface you’re coiled tight, always ready at a moment’s notice to unleash an almost feral violence. You’re an egoist of the highest order, supremely confident whether struggling against stodgy superiors, combating sadistic adversaries, shagging beguiling women both foreign and domestic, or dismantling deadly technology. Your adversaries (those you’ve left breathing) would attest to a sadistic defiance that you sometimes struggle to rein in. A gourmand, you are a connoisseur of the finest French wines, having treated yourself to the best of them either on the Queen’s dime or at the behest of a deadly enemy. A lover of fast, powerful sports cars, you’re often equipped with the newest models by Q, although your own Bentley 4.5 Litre remains a favorite. You’re a capable driver yet sometimes reckless, whether in eluding a mad doctor’s henchmen while driving a Sunbeam Alpine Roadster, evading thugs while riding shotgun with a lady at the wheel of a Toyota 2000GT convertible, cruising in a Triumph Stag, or flooring a Ford Mustang Mach 1 Fastback through the desert.

You’re a dark, gritty realist hiding a surprising moral rectitude, which surfaces when friend and foe alike cross your ethical threshold. Like the Old Testament deity, you can be vengeful when loyalties are betrayed or friends are killed. You have no compunction taking an eye for an eye, a tooth for a tooth, and will not stop until your enemies literally burn in hell. Not given to small talk, your demeanor is crisp and to the point, like the tailored suits you carry so well or the dry martinis you imbibe most enjoyably when alone in your flat. Closed off and secretive, you might be hiding some long ago deep hurt requiring the aid of female empathy and love, but your reticent nature doesn’t allow anyone too close. You, my friend, are all business, taking on the world for Queen and country, determined to right wrongs and rebalance an uneasy world, even if it means you must go rogue from the agency that is your life.

You exude a youthful charm coupled with a more serious, even-tempered demeanor and gentle humor. Emotionally open to members of the opposite sex, you see them as at least your equal, and perhaps even your superior, treating them with respect and dignity. This is true even when the sexy femmes are dubbed the Angels of Death by your most nefarious enemy and have been brainwashed into international bio-terrorists. A lover of sport, you show an impressive athleticism whether it is in downhill skiing, deadly bobsledding, or high stakes auto racing. Confident but not cocky, you have no trouble assuming disguises that on others would look foolish, but on you appear masculine and proper. No one wears a kilt in the Alps like you can. You show a concern for others in trouble and risk your own life to save those in danger, and will sacrifice the mission and the greater good for true love. You have had your heart broken.

You are a physical specimen of the highest order. Your every sinewy muscle has been honed through brutal tradecraft into a potential weapon. Yet you are deceptively fleet of foot, whether chasing enemy agents along construction scaffolding high in the African sky or while dodging wild horses racing through the streets of Sienna, Italy.  With brutal determination and cunning, you will leave no stone unturned in pursuit of the mission objective. God help whoever stands in your way, as you take quiet pleasure in dispatching your enemies—be it with your fingers coiled around their throat or by leaving them alone in the desert with only motor oil to quench their thirst. You are the epitome of tough, but you’re a touch world-weary for your young age, and cynical, no doubt due to all the horror you’ve seen (and done). Yet there is still a reserve of gentleness deep within you, it requires the right woman to access it. But you know, given your profession, that the cards are stacked against you in finding the permanence of love from a woman. You are constantly reminded of this sad fact by a seemingly ceaseless cascade of hideous events you are tasked to deal with. The crags on your bluntly handsome face prove you’re used to dealing with whatever your brutal world dishes out.

You are always stylish and dapper, which helps hide your maniacal reckless streak. Whether it’s racing down a mountain road against a mysterious woman in a sports car (while your current lover rides shotgun, natch!), motorcycling off a cliff into a diving airplane, or speeding a stolen Russian tank down St.Petersburg city streets, your impetuous nature knows no bounds. You have a frisky way with women, enjoying the sexual tension aroused by those females you encounter while on assignment. You can just hold your own with a scornful dominatrix, but you have an easier time with a Russian super-programmer and an even better time with a voluptuous U.S. National Security Agent. You even manage to break down the stoic defenses of a martial arts trained Chinese agent, no small feat. Yet you never lose sight of the mission even when you’re having a good time. 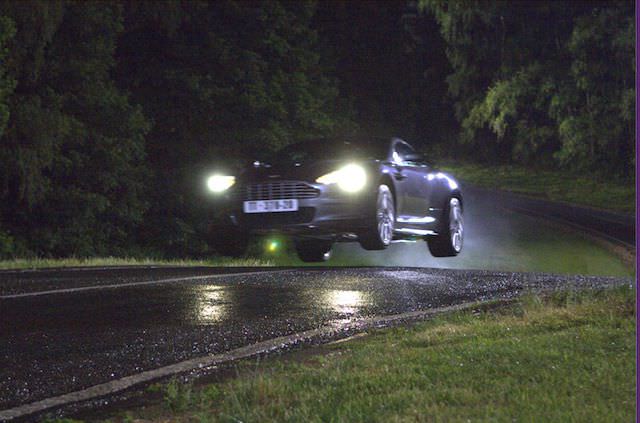