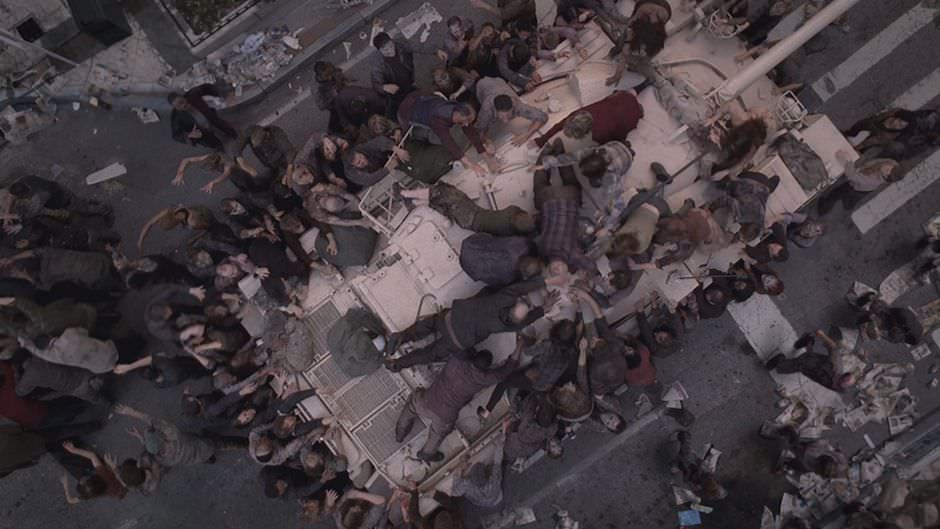 Putting the Walk in The Walking Dead: An Interview With Stargate Studios CEO and VFX Guru Sam Nicholson

Do you want to watch some really cool demos that Stargate Studios provided us from their work on The Walking Dead? No problem, just click here, here and here. 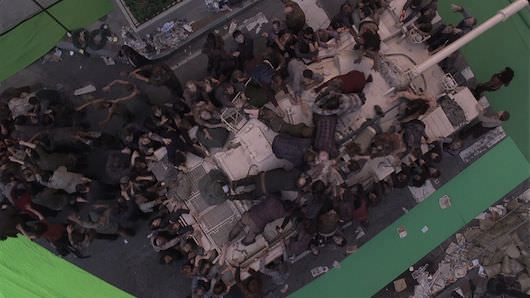 THE CREDITS: You are the founder of one of the hardest-working visual effects studios in Hollywood. What kind of work does Stargate Studios do?

SAM NICHOLSON: We turn out over 10,000 digital effects shots per year. We are primarily known for our television work, but we’ve done some features, too—we just finished Phantom, which will be a great movie. I think the inventiveness of what’s going on in television combined with the television business model, is what gives us the ability to do 20 or 30 shows at once. Now we’re going into an arena with virtual environments where we’re compositing in real time on set where we’re not even counting shots, we’re counting minutes. We’re prepping two productions in the Middle East and we’ve been doing one in Berlin where we’re turning out 15 minutes of finished green screen material in a day on a totally green stage.

Do you have a favorite project that Stargate Studios has done?

Right now, The Walking Dead is just blowing up the box office–it’s got a great viewing audience, and it has tremendous loyalty.  There are great people involved in it and I really love that we’re working on the show. Heroes was another fantastic show for us. Looking back on my career, the most influential single film has been Star Trek because it got me hooked into the film business; I dedicated my career to visual effects based on that one project.

You were a part of the very first Star Trek film, 1979’s Star Trek: The Motion Picture. What was your role?

I was the on set supervisor for all the kinetic lighting.  I designed and built the engine for The Enterprise and VGER sequence. It was a life-changing experience.  I was still in graduate school working on large scale “light sculptures” and I got thrown into it because nobody could figure out what I was doing with all this kinetic light. So Paramount Studios sub-contracted me directly, I started my first company and solved some really big situations—some of the largest lighting spectacles ever done at that point. We did Spock’s death scene. transporter effects and anything that had reactive lighting.  Cruising around on the deck of The Enterprise—if that doesn’t hook you, I don’t know what does.  Kirk and Spock were heroes to me and all of a sudden I’m on set with them making a movie! 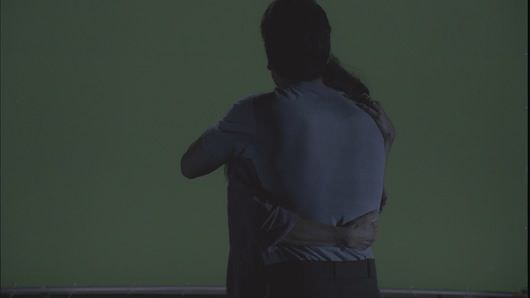 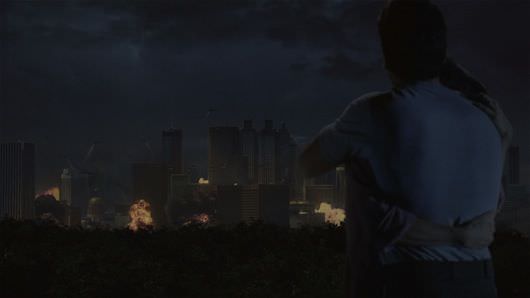 Have you always been a fan of visual effects? How did you know that this was something you wanted to pursue?

I definitely loved visual effects. I think every kid goes to the movies and says ‘Wow! I want to do that!” But, I didn’t come from a long lineage of filmmakers.  I was in art school at UCLA pursuing my still photography, thinking of getting into motion, and starting to shoot with motion picture cameras.  Then Star Trek came along and I ended up getting pulled in for 9 months to be the on-set visual effects supervisor.

All right, could you set the record straight: What’s the difference between special effects and visual effects?

‘Special effects’ also known as "physical effects" are smoke, wind, fire, pyro; things like that.  Visual effects came out of optical effects and they have come a long way in a very short period of time.  Now we have virtual actors, digital back drops, enhanced reality, all sorts of things.  Virtual reality is essentially creeping into the film business in a very invisible way. My intent is to use visual effects where they’re seen less, so the audience can’t tell what’s real and what’s not.

It’s kind of like audio in a way.  Sound sampling samples real instruments and remixes them. We’re doing visual sampling and remixing to create an enhanced reality that is better than the real thing, but still feels 100% real.

What does the creative process look like when you’re planning visual effects for a given project? Do you go straight for research, listen to music, watch movies within a given genre?

Yes, all of the above. You just pull from everywhere.  Movies, magazines, books and most importantly real world experience. For instance we are developing a futuristic movie set in Dubai.  After experiencing Dubai for about a month, I just thought: this is the most futuristic city I’ve ever seen. I wonder what it will look like in a hundred years. So I’m making a futuristic drama with flying cars and mag lev trains set in Dubai.

If you were to advise someone who wanted to make a career in visual effects, how would you suggest they break into the field?

Visual effects are a great combination of art and engineering.  You need to really know computers, cameras, and design.  It's great to learn from other filmmakers, but eventually you must develop your own style. As a cinematographer,, I think it's best to pick up a camera and go shoot some stills.  Start working with images, start learning a visual language. For any artist, identifying your style is probably the most important thing you must do in your career. Of course, when you start off, you don’t have a style, so you must find your unique vision.. One of the things I did to find my visual style was to limit myself in still photography to shooting umbrellas for two years.  Just umbrellas. In the rain, on the street, anywhere in the world where I could find umbrellas, I took pictures of them.  Through that process, I defined my visual style and discovered what I was looking for.

When I interview people I always ask: “when no one’s around, when you have a lot of spare time on your hands, what do you do?” That’s where you should really look to find your career—you naturally spend more time and energy on your passion.  I think that’s probably what delineates Stargate from a lot of other companies.  Everybody here is passionate about their work, and doing what they always dreamed of doing. 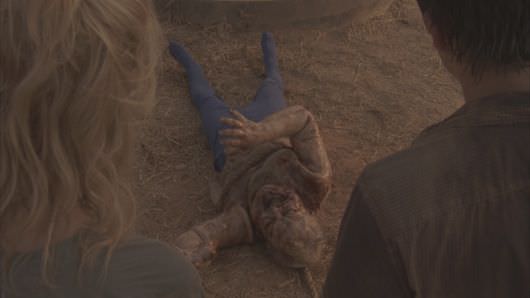 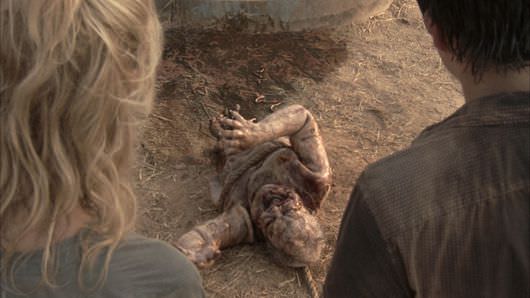 What lies on the horizon for the visual effects industry?

I think the real magic of the film industry lies in the visual effects area.  It’s the place where we’re seeing things that nobody else has ever seen before.  New inventions are happening on a daily basis, where it’s a magic trick, and people are blown away, like ‘oh my god, that’s a virtual actor!’ I mean, just look at Avatar. We now have cameras that can see in depth, truly “dimensionalized” images. . If you think about all of the photography in the 20th and 21st centuries, so far everything has been flat.  Currently 3D is two flat images – just an illusion.  I think we’re getting to the point where we’re going to see a cascade of mind-blowing inventions.  We’re going to look back on today's flat cinema and say, “Can you believe we used to watch that?”  Dimensionalized movies will look real, like you’re actually there. Already, cameras have been invented that actually see in three dimensions, so it’s just a matter of time before we start seeing movies like that, too.

And lastly, what do you love best about your job?

I love doing short films for Sony, Canon and Arri to test out their new imaging technologies. It's like being a test pilot for new cameras that will ultimately redefine our creative vision as filmmakers.  Combining my creative dreams with the latest digital imaging technologies and sharing great life experiences with inspired teams of international artists and partners who feel like family).  What could be better?

The film industry is an amazing business that I think has the best combination of creative and business people of any industry.  If I was marooned on an island, I would want a film crew with me to be able to handle everything from craft services to wardrobe and special effects, whatever is needed.  Together we can do anything.