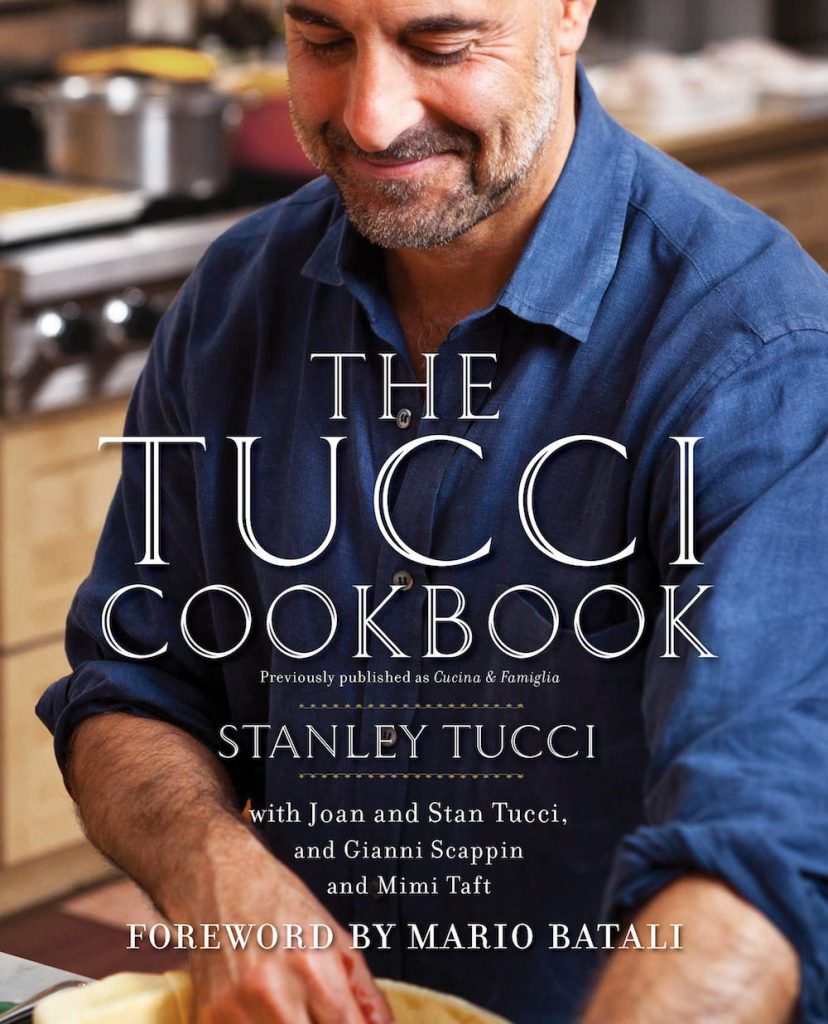 Why, you might ask, another cookbook? Actor Stanley Tucci has a simple and elegant answer to that question, which he lets the New York Times in on in the companion video to their profile of him, found here.

Since there are only so many recipes, he says, just like there are only so many plots, it’s about how you tell the story, as opposed to the way the other guy tells the story. And that is what Tucci does in his new cookbook, "The Tucci Cook Book," which gathers up two generations of family recipes, based on Italian staples like basil pesto, potato gnocchi, linguine with clam sauce, and stuffed artichokes with bread crumbs and pecorino Romano. With recipes for focaccia, prosciutto with sliced figs, filleted Branzino, grilled sardines, homemade pizza topped with either goat cheese or mozzarella, fettuccine with fresh tomatoes and basil, steak oreganato, and peaches in red wine, no food group seems to be left uncooked.

The Tuccis – Stanley, his wife Felicity Blunt (sister of actress Emily Blunt, Tucci’s co-star in The Devil Wears Prada), and his parents, cooked and served up most of these dishes recently, treating themselves to a long dinner at Tucci’s home in upstate New York, and showcasing their talents for the Times writers.

After 27 years in the business, beginning with a bit roll as “Soldier” in director John Huston’s great 1985 gangster picture Prizzi’s Honor, to the star turn in his own directorial debut Big Night (1996), his two pairings with Meryl Streep in The Devil Wears Prada (2006) and Julie & Julia (2009), his recent work in The Hunger Games (2012) and the upcoming Robert Redford movie The Company You Keep (2012), Tucci has always maintained a healthy work ethic and a serious love of food and family. In the final scenes of his movie Big Night, about a failing restaurant’s one last shot at survival, the immigrant brothers who own the place, Tucci’s maitre d’ and Tony Shalhoub’s uncompromising perfectionist chef, throw in everything they have to cook up a delirious multi-course extravaganza for a famous musician who never shows up. Their local friends and family end up consuming everything, even the piece de résistance, a timpano – the huge doughy drum of ziti, salami, provolone, eggs and tomato sauce that was to showcase their unique talents. What do they do in the morning, when they have nothing left – no money, no food, and little hope to keep their restaurant open? Tucci’s character cooks his brother and their exhausted loyal waiter an omelet. Somehow, everything will be ok.