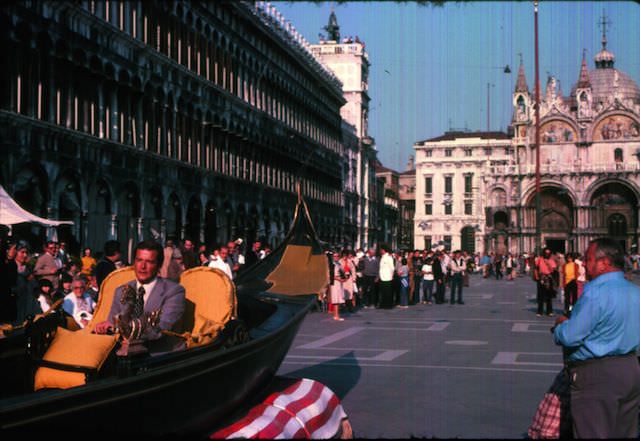 Fancy yourself a Bond fan? Then you’re likely already observing one of the most revered days on your collectible James Bond calendar. Yes, today marks the 50th anniversary of the first-ever Bond film release of Dr. No, which hit U.K. theaters on October 5, 1962. Fanboys and Bond groupies, break out your greatest 007 trivia, memorabilia, and quotes, because October 5, 2012 is Global James Bond Day; the first official observance of the super spy’s half-century legacy of weapons, women, and designer wheels. And around the globe, dedicated fans are paying homage to one of the greatest film franchises in cinema history.

If you think James Bond made espionage an art form, you’re not alone. In New York City, the Museum Of Modern Art will be hosting a film retrospective of the devilish double agent, whose iconic suits and state-of-the-art gadgets have seemed destined for gallery walls since their jaw-dropping appearance on the big screen. The museum will be screening all 22 official Bond movies in tribute to the series.

Hollywood will pay homage to the spy hero with the Academy of Motion Picture Arts and Sciences-helmed The Music of Bond Night: The First 50 Years, which will celebrate the films’ chart-topping theme songs and renowned scores. And of course, Bond is the Queen’s agent, after all, so across the pond Christie’s is celebrating Britain’s most celebrated cinematic figure with an online and live international charity auction. Interested parties will be able to bid for some of 007’s most iconic and stately duds, memorabilia, and spy-themed goods—straight from the archives of EON Productions. To boot, MGM, Passion Pictures, and Red Box Films are releasing an all-access documentary about the franchise, Everything or Nothing: The Untold Story of 007, which takes a behind-the-camera look at the longest running film franchise in movie history.

But truth be told, one needn’t look much farther than a Google search for evidence of James Bond’s evergreen clout. As the November 4, 2012 release of the 23rd official Bond film Skyfall nears, die-hard fans will appreciate the constant coverage pulsing across the web. Whether it’s the official James Bond website, the numerous fan sites and Reddit threads, or the many slideshows, countdowns, and listicles aggregating on sites like BuzzFeed, Vulture, and HuffPo (of course, we’d also be remiss not to acknowledge our own week-long celebration of 007 with five days of James Bond-exclusive content…hey, we’re fanboys at heart, too)—Bond is clearly cinema royalty. Perhaps most heartening of all the effervescent Bond coverage is just how definitively—and democratically—Bond persists as a cultural icon, despite the always-fickle currents of pop.

Fifty years after the release of the very first movie, with six iterations of the man himself behind us, James Bond transcends the usual nostalgia traps that confine other cinematic legends. Time itself is hardly a match for the man. In spite of the Bond bell-bottoms of the 60s, low-buttoned Bond shirts of the 70s, and the boxy gadgets of the 80s, the relevancy of 007 as a pop culture icon endures. And for every winged haircut and dated gadget, fans can be certain that the next generation of Bond will leap ahead of the curve in attire, technology, and cinematic originality.  Just look at all the hype Skyfall, due out in a month, is already garnering—not bad for a series that spans twenty-three films.

So Bond fans, rejoice. While there are many cultural tributes to cinema’s favorite secret agent planned in metropolitan cities across the world, catching Bond fever requires nothing more than a working Internet connection. And however you intend to celebrate Global James Bond Day, be it by high-society museum fete, a living room screening of the new BOND 50 Blu-Ray set, or a campaign to clog your friends’ Facebook feeds with as much Bond-branded content as possible, let’s all celebrate the cinema legend, and of course, Ian Fleming, the literary brain behind it all. Because if there’s one thing Bond’s ubiquity proves certain, it’s this: at 50 years old, Bond is still killing it.