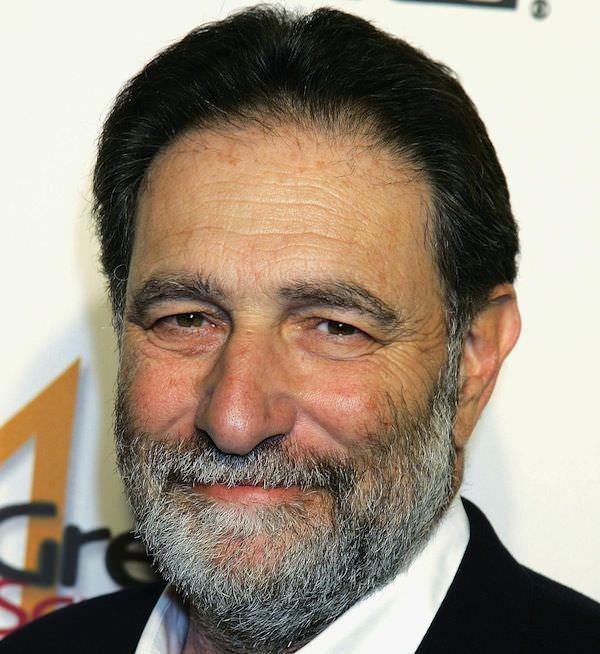 A Man of Many Worlds: From ﻿Munich to Forrest Gump, ﻿A Conversation With Writer Eric Roth

The Credits recently traveled to the Austin Film Festival, the first fest to boast a unique devotion to the craft of screenwriting. And who better to teach us the tricks of the trade than legendary scriptwriter, Eric Roth? As the writer of movies like Forrest Gump, Extremely Loud and Incredibly Close, Munich, The Good Shepard, The Curious Case of Benjamin Button, Ali, and most recently, the television show Luck, Roth has worked with some of Hollywood’s biggest casts—and he’s gifted us some of the most memorable scripts of the last century.

We picked Roth’s brain at the Driskill Hotel in Austin, Texas, amidst the enthusiastic festival chatter, about his legendary work, where he draws inspiration from, and what he loves most about writing major motion pictures.

THE CREDITS: How did you get into your line of work –have you always wanted to be a screenwriter?

ERIC ROTH: I was a magazine writer and I went to film school.  I directed a little bit, some short projects, and I was active in the late 60s in the experimental film arena in New York.  I came out to Los Angeles and I was at UCLA taking film classes. During that time, I wrote a screenplay that won some writing awards; that got me paid and that got me jobs, so that’s how I started.  I had been an English major, and I always wanted to be a writer.

The life of a Hollywood screenwriter has been somewhat romanticized, or, in the case of Barton Fink, just the opposite.  Could you shed some light on the reality of the profession?

Of course. I think it’s romantic if you’re successful.  If you’re not successful, for the people I know that haven’t had much luck, it can be very frustrating. If you do well, you get to meet movie stars and some are nice people, some aren’t.  But like anybody else, you put your pants on one leg at a time.  You get paid well, but otherwise, that’s just what your life is. You get attention and, sometimes, it’s uncomfortable.  So I think there are some romantic qualities to it, but a lot of it is just nothing but work, and work frustrations—things don’t get sold, people don’t like your work, they give you notes, sometimes they don’t make movies after you’ve worked a year and a half on it.  In other words: there are no guarantees. Actors will come in and say “I don’t know what you’re talking about here, how do we change it?’ or the director just says, “I don’t know.”  Or you’ll get fired, you’ll get rewritten.  That’s the unromantic part.  The romantic part is if it’s realized and you get to meet with well-known people and you reap the rewards of that—but more importantly, people see your work and connect to it.

You’ve spoken about tapping into memories for creating Forrest Gump and some of your other scripts. Are memories a consistent source of inspiration for you?

Yes, that’s a big thing for me.  And beyond memories, I’m drawn to a passage of time.  Time is really important to me. I’m also always aware of the human condition that time is slipping away, which can be good, too.  I think it’s nice.  But, at the same time, there’s a sadness to it. You know, like how you always wish your kids were 7—moments you can’t replay.

Do you find it hard to adapt novels into screenplays?  Extremely Loud and Incredibly Close, for instance, what was the creative process for that like?

Oh, that’s a good question.  Extremely Loud was rewarding, but also very difficult.  Jonathan Safran Foer kind of bends time in the book, and it’s all over the map.  Trying to make it—the search—was important. Because it wasn’t just about 9/11 per se, it was about the boy’s journey.  So yes, it was complicated, that one, because it lent itself to more interpretation from the director.  It was more, ‘where can we go with this?’ and not as close-ended as some have been.

If you could choose any book to adapt, which would you pick?

I used to wish that I could adapt Blood Meridian because I really like Westerns.  Now I like a book called Canada, written by Richard Ford, that is quite beautiful.  Oh! And the one I always wanted to adapt, but was never able to is A Staggering Work of Heartbreaking Genius. But David wanted to do it himself or not have it done.  That’s the one that sticks out in my head.

What do you think is the most difficult aspect of screenwriting?

I think pressure of time—even if it takes a long time.  The writing itself, I love, so I’m not sure it’s anything about the writing.  It’s more the business stuff that gets in the way.  You have to be smart enough to kind of handicap what will sell, and I think that part of it is less freeing.

What do you think is the most rewarding part of your job?

Just being able to get up everyday and go to any different world I want, to invent anything. It’s amazing—I don’t have to leave my room to be in Africa or someone else’s head and live out all sorts of fantasies.

How do you tap into those worlds?  What’s your creative process look like right before you begin a new project?

I think you try to find some human quality that would be accurate for all. I try to have an understanding.  People under pressure situations act certain ways, you know, you’ll find people who are angry or alcoholics—you’ll find certain consistencies in people no matter where they are. I think you can put yourself in almost any situation, if you’re brave enough.

You wrote the screenplay for the iconic historical drama Ali, which must have required a fair bit of research. Can you talk a bit about the research you conduct prior to writing your scripts?

Every script takes research; some are a little more research intensive if I’m not as familiar with the material. So, I’ll have to go down and look at Shakespeare and Plutarch and get a sense, with art and architecture and historical facts, because I don’t want to make it up.

For Benjamin Button, I invented that Brad Pitt’s character was going to go down on a tugboat.  Of course, I don’t know anything about tugboats, so I researched them. I met with a guy on the phone who’s a tugboat expert up in Maine and he told me all about them.  Then I wanted to go to war in the script, so I asked if there was a tugboat in war and he said yes, there happened to be one there. So that was a real incident, the tugboat ramming the submarine—but I wouldn’t have known that if I hadn’t researched. So you dramatize that.

What’s the most bizarre research you’ve conducted for a script?

They have the Darwin awards for people doing goofy things, I liked researching that. So in Benjamin Button, the guy was hit by lightening seven times, which has really happened.  I loved researching for when I came up with this Ota Benga character [from The Curious Case of Benjamin Button]. The real guy Ota Benga was earlier than they would have been historically—but just the idea that they brought over tribes of people and let them live in a world’s fair was so bizarre, but true.

Lastly, what advice do you have for aspiring screenwriters?

Just write everyday, you cant be a writer without writing. The other thing is: you have to finish it.  Most people don’t finish things.  I don’t care if it’s bad—just finish it, and go on to the next one.