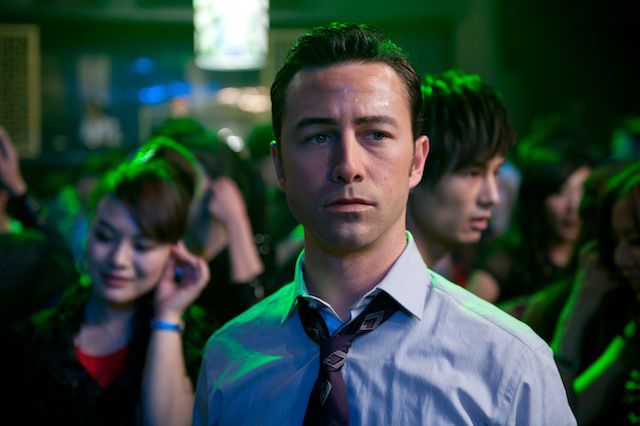 The Film Industry Heads For The Bayou: Introducing Hollywood South

In recent years, Louisiana has become one of the fastest growing film production states in the country. Playing host to projects like True Blood, The Host, and Ender’s Game, many of Hollywood’s biggest productions are opting for a change of scenery; from LA’s traffic-addled freeways, to the South’s bountiful bayou. Thanks to generous film tax incentives, “Hollywood South,” as Louisiana’s been dubbed, is now in the leagues of film state heavyweights like California and New York.

Film tax incentives have put Louisiana on the map as a bona fide film production destination, and consequently, Hollywood South is reaping the benefits of a positive economic impact on both local and national levels. That’s why audiences are sure to see a lot more big-budget projects set in the luscious swamplands of Louisiana. (Think: True Blood, The Expendables, and The Green Lantern).

Implemented in 2002 as a means of creating new industry in the state, Louisiana’s film tax credit program gives production companies the opportunity to receive up to 35% transferable tax credit, provided that all vendor and crew expenditures are made in Louisiana with a minimum spend of $300,000.

And after a steady six-year increase in film production between 2002-2007, the average tripled from 33 productions per year to an average of 92. Yes, that’s a whooping 175 percent increase in films shot per year—and it’s the reason Louisiana is fast becoming the new industry mecca.

So how did it start? Some point to Katrina. In the months following the devastating hurricane, producer Jerry Bruckheimer brought Denzel Washington and Déjà Vu to shoot in New Orleans. At the time, businesses were still skeptical of the city’s standing, but the big budget production resulted in millions of dollars being pumped into the local economy, job opportunities for local film crews, and additional spending on construction materials, food, housing, flights and other expenses across industries. But perhaps most importantly, Déjà Vu inspired other productions to return to Louisiana in the wake of Katrina, giving the industry the green light to continue—and in some cases, begin—film work throughout the state.

For proof of Louisiana’s growing film market, one needn’t look farther than the many industry businesses that have set up shop in the state.  Los Angeles-based Quixote Studios is one; they opened their new facility in New Orleans about a year ago.

“Doing business in New Orleans has both accelerated our growth and given our clients a multitude of additional options and production possibilities,” states Abel Gallardo, Vice President of Quixote and Smashbox Studios. “We've been received really well, and plan on expanding our offerings in New Orleans.“

Of course, the film draw to Louisiana isn’t just for location shooting. New post-production and animation houses have also started to emerge—and flourish—as local filming ramps up. New media startups such as Storyville and Bayou FX have quickly gained footing in the burgeoning film industry thanks to the increasing demand for services, and others are receiving notable recognition from the industry. Take Moonbot Studios, for instance. The start-up hybrid animation/digital interactive media company recently won an Oscar for their animated short, The Fantastic Flying Books Of Mr. Morris Lessmore, at last year’s Academy Awards.

The film industry in Louisiana is still new, but it continues to mature. Chris Stelly, Executive Director for Louisiana Entertainment at Louisiana Economic Development adds, “In making sure that this is a sustainable industry, we are really focused on fostering our local creative talent and growing our indigenous industry, making sure that the taxpayers of this state are getting the best out of their investment.”  And with recent Louisiana-based projects including Looper, On the Road, and Django Unchained, film’s future in Hollywood South couldn’t look more promising.

Check out this infographic for a snapshot of New Orleans businesses that have popped up as a result of the state's flourishing film industry: 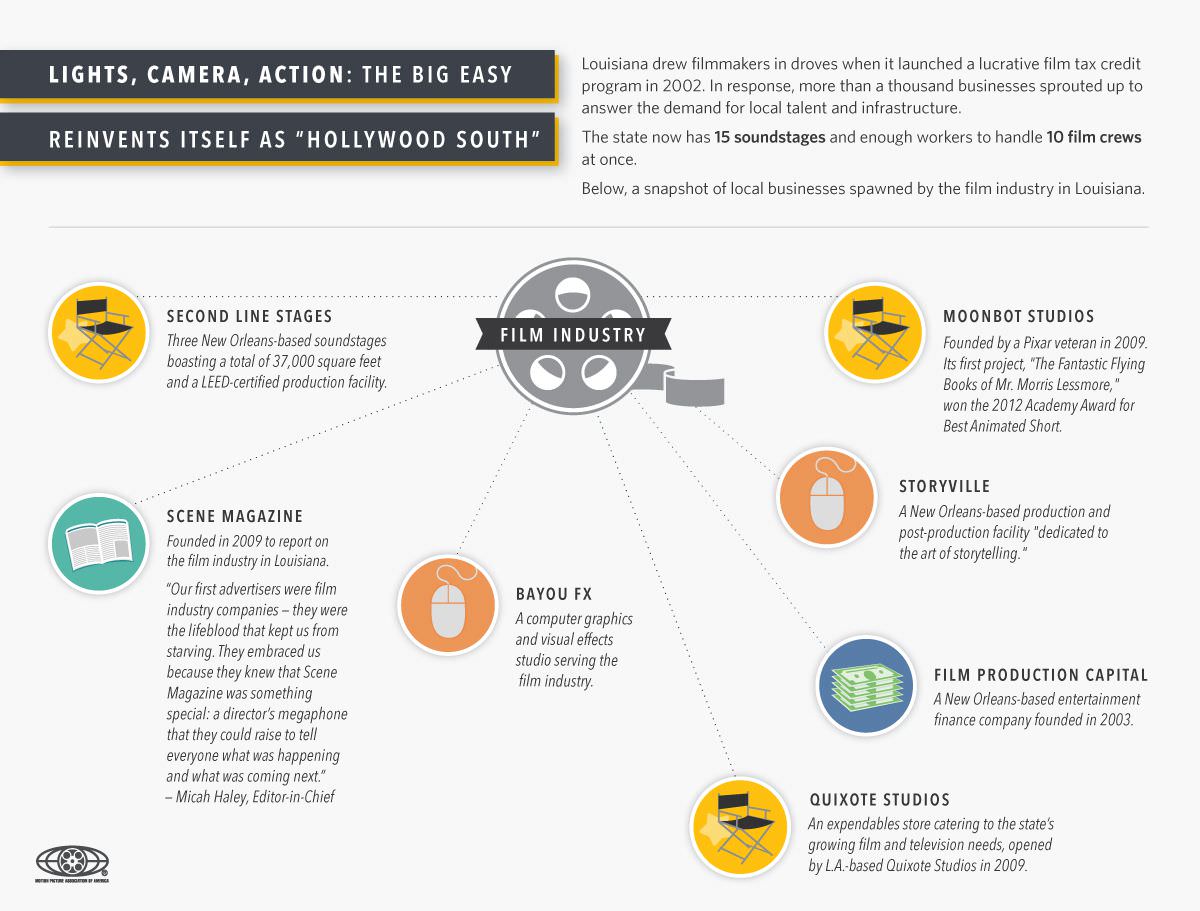