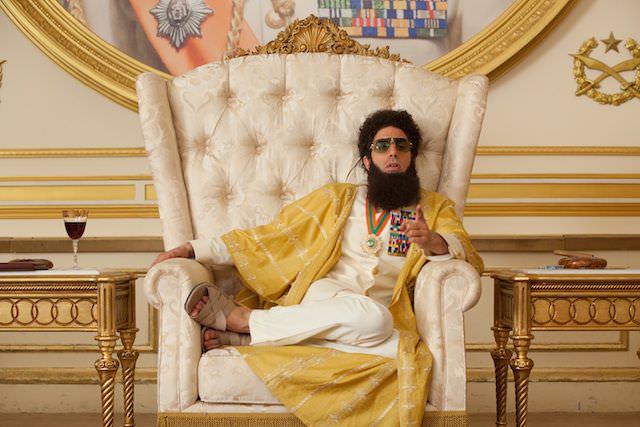 Summing It Up, Boiling It Down: The Art of the Movie Tagline

We’d all like to think we’re too savvy to fall for modern-day marketing tactics, but when it comes to movie messaging, they’re just so darn clever. By the time you sit down in a theater, it’s likely that the marketing behind a film has already worked it’s magic on you, and taglines—the single phrases you see emblazoned across billboards, buses, benches, and subway walls—help to set the stage. Whether they’re piquing your interest ("Reality is a thing of the past" from The Matrix) or setting the tone (“You'll laugh. You'll cry. You'll hurl," from Wayne’s World) taglines exist to psych viewers up and draw them in.

And though taglines may appear simple (that’s the point, after all), the art of writing them is far more complex. Below, we hear how Mark Trux, head writer at entertainment marketing agency Trailer Park, distills an entire film into a few hard-hitting words.

So how is a great tagline born? Does it come to you in a dream?

Well, it’s definitely a process. First we watch the movie—or if the movie hasn’t been shot yet, we just read the screenplay. We take a lot of notes, we get some direction from our client (which is the studio), and we start writing some scripts. We work as a team, but most of the writing happens solo. We have little razor scooters in the office, so you can scoot around the hallways and get your thoughts together.

I always imagined a roomful of writers shouting out ideas with escalating intensity until they hit on “the one.”

Well, we do a little bit of brainstorming.  When you’re on a project and you’ve already written a hundred lines on your own, that’s a good time to get together with other writers to bounce ideas off each other. It might look simple, but it’s difficult to keep digging down and coming up with something fresh over and over again. There’s lots of rewriting, and sometimes we work on a project for a whole year.

For a single movie, how many taglines are in the running?

Studios generally work with several agencies at once, so they could end up looking at thousands of lines in order to get to that one.

As a writer, do you just know when you’ve written “the one?”

Sometimes, but you’re definitely surprised at times. You know when you’ve written a good line, but you never know if they’ll end up choosing it. Recently, I wrote a line for What To Expect When You’re Expecting, which was: “It’s too late to pull out now.”

Yeah, I knew right away that it was a funny line, but I didn’t know they’d chosen it until I was driving home from work one day, and I looked over and saw it on a bench ad.

So what makes a great tagline? Is there a magic formula?

There’s no specific formula. It’s definitely a craft that you learn. The lines need to be clever, but not too clever. Less is more. It’s important to have a balance between information and wit, and a lot depends on the genre. For comedy, it’s more about being clever. For horror, maybe it’s just something creepy that makes you think.

So what are some of your more notable taglines?

For Valentine’s Day, it was “A day in the life of love.” For Back-up Plan, I wrote “Fall in love, get married, have a baby. Not necessarily in that order.” For Open Season, which was an animated comedy about animals fighting back against hunters, the line was: “All fur one, one fur all.” For The Expendables 2, it was “Time to reload.”

Have you ever written a line that you thought was awesome but never got used?

One that I liked—maybe it wasn’t appropriate, I’m not sure—was for the movie The Dictator, and it was: “You haven’t felt freedom until you take out your dictator.”

I’m sensing a theme with some of your writing here. The studio didn’t go for that one?

No, they didn’t. But it was a funny line.