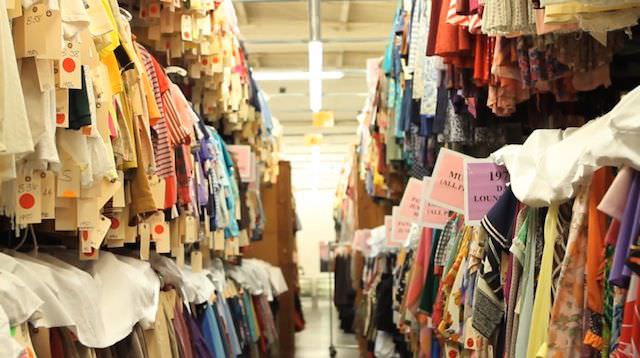 By Kathy A. McDonald

Founded in the movie biz’s earliest days, Western Costume is a one-stop shop for film, TV, commercial, digital media and theatre costumes. The 100-year old company got its start in downtown Los Angeles providing authentic cowboy and Indian wear for silent one-reel films (hence, the Western Costume name). Today, Western Costume’s 100,000-square-foot North Hollywood warehouse holds between three to five million pieces of clothing, accessories, and footwear. Topping it all off is an extensive research library–an invaluable resource for show designers and costumers. Here, they can research the looks and styles of any era, real or imagined, and the clothes worn by all classes of people in all walks of life.

Costume designers, whether they need to outfit background actors or principal players, can either pull from Western Costume’s miles of racks, or commission custom outfits. You'll find specialty in-house costume ateliers where tailors, milliners, and shoemakers trained in the almost lost art of handcrafted costume production, fabricate garments and accessories from scratch. From suit patterns to antique millinery, the skilled artisans of Western Costume’s made-to-order departments are experts at authentic re-creations of both period pieces and contemporary attire. Find the company’s handiwork in the Civil War uniforms of D.W. Griffith’s “Birth of a Nation,” in the ante-bellum dresses seen in “Gone With the Wind,” in the period-perfect convict uniforms worn on the yard in “The Shawshank Redemption,” and in an upcoming Navy SEAL action thriller shot in 2012.

Within the vast warehouse, there are several special collections of fine vintage wear and a select archive of costumes made for screen legends and today’s top talent. Memorable pieces culled from the past include an embroidered bolero jacket worn by Rudolph Valentino, Marilyn Monroe’s tailored, form-fitting suit from “Niagara,” Russell Crowe’s natty jacket, which he wore during his break out role in “LA Confidential,” and hundreds more.

Western Costume’s goods are shipped wherever movies are shot–from the soundstages of Burbank, to productions in New Mexico, Toronto, Miami and everywhere in-between.

The Credits recently went behind the scenes amongst the rows upon rows of movie garb found at Western Costume. We spoke with president Eddie Marks, who shared invaluable insight into the storied facility’s century of contributions to the silver screen.