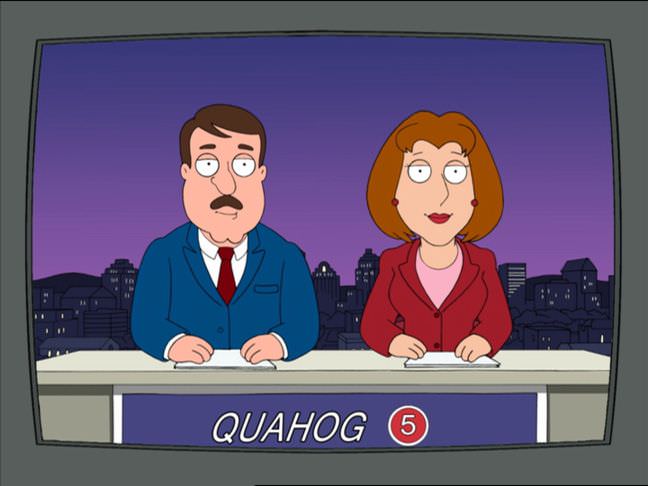 For The Sake of Good Television: TV Shows Saved By Fans

Last night's Emmys program demonstrated a universal love for quality television, but we'd be remiss not to acknowledge the scores of excellent shows that didn't make the cut. Truth be told, there's a long history of great TV programming that has suffered the fate of critic negligence, low ratings, and — worst of all — early cancellation. But behind every great show cancelled, there's a dedicated fan base fighting for its return.

There are few examples of broad social action as varied — and random — as past campaigns to save and revive some of the most beloved television shows. To commemorate last night's 64th annual Primetime Emmys program, and to honor the shows that went un-awarded, we took a look at how public activism — and good old-fashioned love — resuscitated canceled and ratings-sparse shows at the request of devoted fans. Here are a few of our favorites:

Yes, the ubiquitous Star Trek was nearly beamed straight into a black hole. The 1966 TV show was famously saved after one season by a fan letter writing campaign and then, sadly, cancelled after three seasons. But trekkies would be handsomely compensated in syndication; the original series was followed by an animated series, Star Trek: Next Generation and a number of popular films including a 2009 reboot. Even Spock, in his infinite wisdom, couldn’t have predicted this kind of post-cancelation success.

Fans everywhere did their best chicken dance when they heard that Netflix (a hugely popular platform for catching old episodes of Arrested Development) revived the series for 10 episodes in early 2013, after the cult-hit had been canceled by Fox in its third season. Some suggested that the uniquely linear narrative and reoccurring jokes contributed to cancellation, but the same things speak to its success. Ron “Richie Cunningham” Howard played the omnipresent (and never seen) narrator, who was a great foil to whacky reoccurring guest star Henry “Fonzie” Winkler: it was inside jokes like this that kept fans wanting more.

Arrested Development isn’t the only evidence of an emerging hypothesis: all it takes to put a show back on television is loving it. Family Guy, now in its 10th season, has been on TV for so long that its many millennial fans may forget that it went off the air from 2002 – 2005. After its cancellation, it sold over 2 million DVDs in one year – becoming the most popular television DVD of the year. Fox brought the program back, and its dedicated fan base has kept the program popular on syndication and spawned a series of straight-to-DVD movies. You can now catch creator Seth McFarlane in American Express commercials and on the red carpet promoting his recent Mark Wahlberg-helmed film, Ted—both are indication enough that Family Guy’s come a long way since its cancellation dark days.

One of the most beloved shows of the past decade was the recipient of some of the most dedicated campaigns to keep it on the air, proving (like the football team feature) – you can’t keep a good guy down. One campaign took its mission literally, sending light bulbs to NBC, while another channeled passion into compassion. The Save FNL Campaign raised money for troops overseas, donating nearly 20,000 footballs and beloved FNL DVDs to soldiers.

When it comes to saving shows, Chuck is frequently cited as the show that did it right. Beyond a letter writing campaign and popular petitions – fans tugged at heartstrings by launching, “Have a Heart, Renew Chuck” and donating $17,000 to the American Heart Association on behalf of NBC. That’s on top of a campaign to support Subway restaurant, a big sponsor of the show. Even the show’s star, Zachary Levi, participated in 'Finale & Footlong' – leading thousands of fans to a Subway in England.

When the WB’s Roswell was canceled in the middle of its first season, fans knew they’d have to do something out of this world to make their objections heard. And what better way to spice things up than by sending 3,000 bottles of Tabasco sauce (a favorite food of Roswell’s featured aliens) to the shows creators and producers? The campaign saved the show, albeit briefly, and the show was also able to trim a few grand out of their props budget.

The plot of this CBS drama revolved around a new nuclear war and its socio-political impact on a small town after major US cities were wiped out. Though it was set in Kansas, mind you, and it had nothing to do with peanut farmers. So it must have come as a shock when the show was canceled after its first season and fans sent 20 tons of nuts to studio execs.  The nutty protest referenced a line of the season one finale where a central character called, “Nuts!” in a pivotal battle scene. Those rabid fans saved the show for another season, and luckily, no one at the studio had a peanut allergy.

One thing’s certain: television shows have a serious impact on the fans that love them. Whether it’s sending hot sauce, light bulbs, or letters, fans will do what it takes to protect their favorite TV programs. So while this year's Emmys might be over, let’s remember not to take for granted the television shows we simply couldn’t live without.