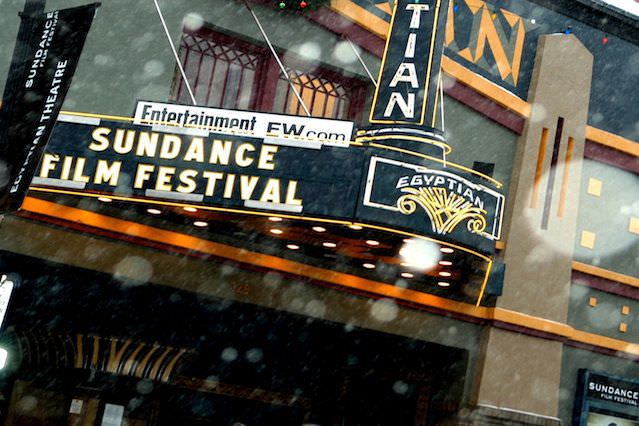 Sure, Sundance and Cannes have become household names, but did you know that there are nearly 4,000 film festivals held around the world every year? (There’s even a Moustache Film Festival in Portland, Maine.) The top-tier festivals have a glamorous reputation, but even at the ritziest ones, you’ll find up-and-coming independent filmmakers, film school students and everyday cinema enthusiasts rubbing elbows with A-list actors, producers and directors.

Last week marked the start of the 2012 Venice Film Festival and The Telluride Film Festival–and that's  just the beginning of what will likely be the most dynamic film fest season to date. In honor of our favorite time of year, here's a decoder guide to some of the most anticipated fests in the industry. So tell us, which one would you choose?

At the Venice Film Festival, film is, first and foremost, capital-A Art (think avant-garde flicks that push the envelope). In 2009, designer Tom Ford won the Queer Lion award for A Single Man, and controversial films like Lust, Caution and Vera Drake have all claimed a Golden Lion (the award for best film). Actors Colin Firth, Cate Blanchett and Helen Mirren have all received a best actor Volpi Cup for their work.

Signature Accessories: A private gondola and a cutting-edge haircut.

How to Get In: You can buy tickets to the festival, but prices are high and availability is low; a single ticket costs around 1,720 Euros. For more information, visit the VFF ticket page.

Off-the-beaten-path films and strong performances from up-and-coming actors are trademarks of the Telluride Film Fest. And an interesting feature of the fest is that it doesn’t pre-announce its film lineup beforehand, so festival-goers are sure to be in for a surprise. Indie films like Juno, Brokeback Mountain and The Lives of Others have all premiered here before capturing a broader audience.

Signature Accessories: Aviators and an iPod sporting nothing but ‘70s garage rock.

How to Get In: Tickets are available to the public online, but be prepared to pay between $390 and $3,900. For more information, visit Telluride Film Festival’s tickets page.

How to Get In: Individual tickets and packages are available to the public. Single tickets run between $5 and $20, while packages can cost up to $200 for a curated experience and a sampling of different films. For more information, visit TIFF’s ticket page.

Signature Accessories: A shearling coat and a lift ticket.

How to Get In: Advance registration is required; passes run between $300 and $3,000. For more information, see Sundance’s ‘How to Buy Tickets’ FAQ.

South by Southwest isn’t your usual film fest—you’ll find an eclectic mix of attendees at this genre-defying music-digital-film conference, from tech entrepreneurs like Mark Zuckerberg to musicians like The Flaming Lips. Premieres have included the 2010 Academy Award winner for Best Picture The Hurt Locker to blockbuster comedies like 21 Jump Street and Bridesmaids.

Signature Accessories: A vintage t-shirt and an iPad.

How to Get In: Advance registration is required; festival passes run from $395 to $595 and can be purchased online. Stay tuned to SXSW’s registration page for more information.

Tribeca Film Festival is a staple of New York City’s thriving film scene. And like its host city, the fest is committed to urban chic. Keep an eye out for local attendees like Gwyneth Paltrow, Kate Winslet and Robert de Niro (who is a festival founder). Film premieres have included About A Boy and Star Wars II: Attack of the Clones, while past festival winners include Let The Right One In and The Education of Charlie Banks.

Signature Accessories: A suite at the Greenwich Hotel and dinner reservations at Tribeca Grill.

How to Get In: Passes can be purchased online and run from $250 to $1,200. For more information, visit Tribeca’s prices and policies page.

What: The Newport Beach Film Festival might seem low-key, but its film premieres—like Academy Award winners Crash and The Cove—are top notch. It’s just a hop, skip and a jump away from Hollywood, so be prepared for multiple A-list star sightings.

How to Get In: Tickets can be purchased at local theaters during the festival. For more info, visit the festival’s ‘How To Fest’ page.

Cannes is the film festival of the year—home to both Hollywood hits and cherished indie classics. Past winners of Cannes’ top award, the Palme d’Or, include Sex, Lies, and Videotape, Taxi Driver, and Apocalypse Now. You’ll find most of the A-list in attendance, as well as many aspiring filmmakers hoping to network nearby.

Signature Accessories: A yacht and a couture gown.

How to Get In: It will be undeniably difficult to score tickets, as they must be applied for and are limited to industry professionals. Tickets are set aside for film students, film clubs and film appreciation groups, but availability varies. For more information, visit Cannes’ Festival Accreditation page.