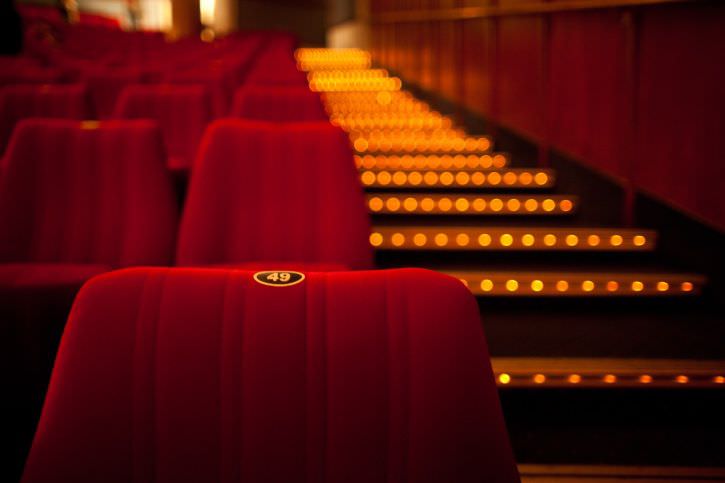 Coming to a Theater Near You: Tugg.com and The Burgeoning Screen-Anywhere Movement

If you thought private screenings were reserved for episodes of Lifestyles of the Rich and Famous and Beverly Hills-centered reality shows, think again. A brand new trend in movie watching is gaining footing in the public sphere and it’s evincing that anyone can host and enjoy a private screening—no private yacht or Italian villa required. Around the globe, on-demand screenings are popping up in an effort to promote cinema literacy, preserve historic movie theaters, and strengthen local communities.

Tugg.com is at the center of this movie viewing revolution. The service offers cinephiles the chance to bring their favorite movies to a local theater and promote a dynamic screening wherein family, friends, neighbors and nearby like-minded strangers can come together for the sake of great film.

Think of Tugg as a platform to promote your favorite movie. The program puts the premiere planning tools into audience’s hands; it allows movie lovers to request a film of their choice to be shown at a local theater, provides the chance to spread the word via social media channels, and sets a deadline by which your RSVP list must be met. If all goes well, the prize is pretty dignified: your favorite movie, your favorite local theater, surrounded by your favorite people.  And, really, who couldn’t get used to that?

But the real value in on-demand screenings like Tugg isn’t just for movie enthusiasts—the project itself illustrates the importance of supply and demand in an era of YouTube, Netflix, Hulu and other cross-device viewing platforms. The movie industry has been steadfast in staying up to date, but still, naysayers have threatened that the proliferation of online movies could mean more empty seats in theaters.

Not so fast. Thanks to projects like Tugg, theaters can once again find solace in film-specific targeted audiences, guaranteed ticket sales, and excitement about local screenings. And as social networks have explicitly shown: as more of our world connects online, it’s clear that people aren’t just plugging in to isolate—people want to share new experiences together. And perhaps more than ever.

That’s why programs like Tugg are swiftly on the rise. Eventful is one site moving into the on-demand screening realm. Known for providing fans with a platform to request major bands play locally, the site is now ramping up its movie catalog so that audiences can request documentaries and other films to screen at local theaters. IndieScreenings even takes the screen-anywhere movement a bit further by allowing screening planners to pocket some of the profits. Users can “hire” a film, take it to the big screen, and reap some of the night’s revenue. And Gathr is gaining steam—it insists it coined the term Theatrical On Demand (TOD)—by way of empowering audiences to bring the movies they want to the cinemas they frequent, to be viewed amongst the people they choose.

So perhaps the next time you DVR your favorite movie, rent that must-see doc from iTunes, or assign an interesting foreign flick to your Netflix Instant Queue, you might want to consider going bigger—much bigger. With the burgeoning screen-anywhere movement taking hold of communities around the world, you won’t have to take out a second mortgage to make your local theater your very own private viewing room.