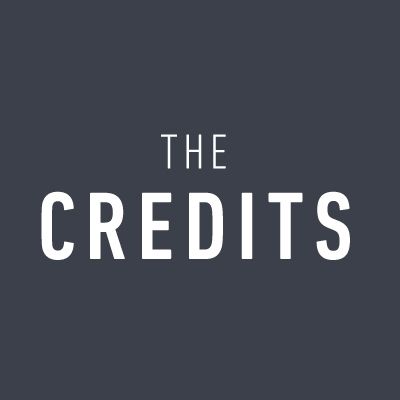 In 1910, the head of an early movie studio spread the rumor that silent film actress Florence Lawrence had been killed by a streetcar in New York. After basking in the attention for a time, the studio, IMP, took out an ad and declared that Lawrence was alive and well. Lawrence soon became the very first movie star.

Since then, outrageous and ingenious publicity stunts have catapulted some films (think: The Blair Witch Project) to success. We compiled ten of the most innovative stunts in movie history:

1. THE AMAZING SPIDER-MAN: Sometimes a bit of light is all that’s needed to create excitement for a film. Earlier this year, the Spider-Man logo appeared on monuments throughout the world, from the Colosseum to the Sydney Opera House to the Arc de Triomphe, to hype this reboot of the popular comic franchise.

2. BORAT: Sacha Baron Cohen is a master at staying in character and projecting legitimacy despite his absurd personas. So when he stopped by The White House to invite President “George Walter Bush” to a screening of his movie, the Kazakh government went to extreme lengths to ensure audiences that Borat does not represent the country. They ran 4-page ads in The New York Times and U.S. News and World Report along with commercials on CNN. The film was a megahit, earning approximately $248 million at the box office. But Bush did not accept the invitation.

3. BRUNO: After striking out with the most powerful man in the world, Baron Cohen pranked the most irascible. In 2009, the comedian made a splash at the MTV Movie Awards. Dressed as another alter ego, Austrian fashionista Bruno, he descended from the ceiling and landed face-first in rapper Eminem’s lap. The rapper stormed off and the video went viral. It was later revealed that Eminem was in on the stunt.

4. THE DICTATOR: To complete the prank trifecta, Baron Cohen sent out invitations to a non-existent screening of his film “The Dictator,” to be held at the presidential residence of Zimbabwe. The invitation, purportedly from President Robert Mugabe, looked so real that the Zimbabwe art ministry received a number of calls from confused Washington politicians and media.

But Baron Cohen wasn’t done: he showed up to the Oscars red carpet in full costume as his character in the movie, General Aladeen, claiming to carry the ashes of former North Korean leader Kim Jong-Il. When interviewed on the red carpet, the comedian told host Ryan Seacrest, it was Kim’s wish to be “sprinkled over the red carpet and over Halle Berry’s chest,” before spilling the ashes on Seacrests’s tuxedo. He was escorted off the red carpet.

5. OFFICE SPACE: For a week, a man sat inside a 12-by-12 Plexiglass cubicle on top of a building overlooking Times Square to promote this film about the deadening effects of office life. Spectators watched as he answered phones and filed TPS reports. Talk about a case of the Mondays! But there were perks: Krispy Kreme delivered a box of donuts.

6. BLAIR WITCH PROJECT: Playing off the “Based on a true story” tag for this small-budget horror flick, promotional teams created fake newspaper clippings about the disappearance of the film’s main characters and displayed police photos of a missing car. Audiences quickly learned that the film was fiction, but the box office results were real: the movie, which cost $35,000 to make, grossed approximately $29 million in its first week.

7. INDEPENDENCE DAY: War of The Worlds redux! The marketing team for this sci-fi action film put together an entire 30-minute newscast that was interrupted by the breaking news that aliens had invaded the planet. The production was so convincing that some 911 call centers were swamped with callers. The movie grossed close to $1 billion at the box office worldwide.

8. BEE MOVIE: How do you get actors to create buzz (groan) for an animated movie? Jerry Seinfeld, who played the voice of Barry Benson in the 2007 film, set aside his dignity for a day, dressed up in a bumblebee costume and climbed up to the top of the Carlton Hotel in Cannes. He then zip-lined over the streets to promote his film during the Cannes Film Festival.

9. THE SIMPSONS: Leading up to the release of this long-awaited feature-length tale of America’s favorite family, several 7-Eleven convenience stores were turned into Kwik-E-Marts, Springfield’s slushy joint. Meanwhile, in the U.K., a giant inflatable Spider-Pig floated above Battersea Power Station, and a chalk picture of Homer in underpants was drawn next to the Cerne Abbas Giant in Dorset, England.

10. OVER THE HEDGE: To create buzz about the 2006 animated adventure-comedy, the producers brought a real, live vulture to walk the carpet at the Cannes Film Festival. Unfortunately, the bird couldn’t answer the question “What are you wearing tonight?”