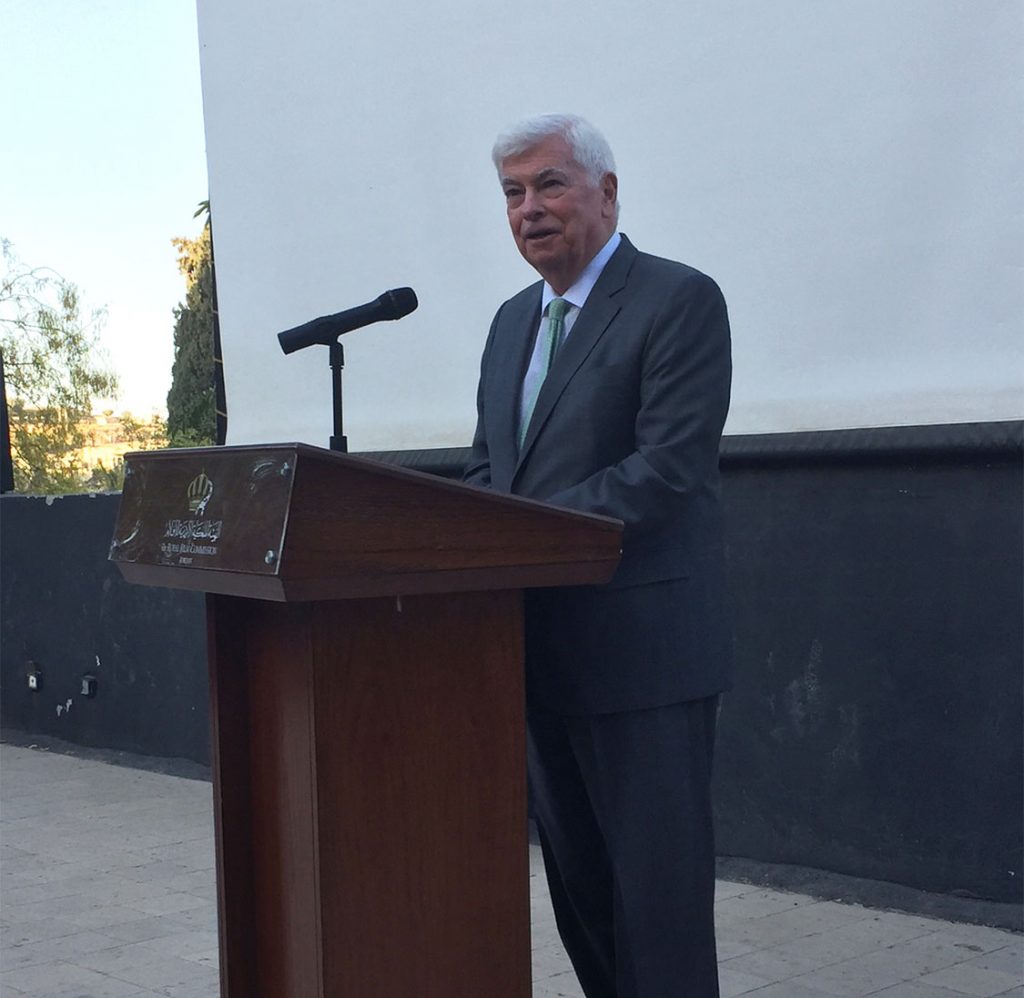 Representatives of the Motion Picture Association of America and other international filmmakers recently joined The Royal Film Commission – Jordan (RFC) in a collaborative effort to discuss ways to help further create the conditions to attract major international productions to Jordan and foster its own emerging filmmakers.

The delegation, which included Senator Chris Dodd, the MPAA’s Chairman and CEO, had an audience in Jordan with   His Majesty King Abdullah II, and meetings with HRH Princess Rym Ali, the Jordanian Ministers of Finance as well as of Planning and International Development and U.S. Ambassador Alice G. Wells.

The RFC spoke of its commitment to building a film and TV industry so that Jordan can play a leading cultural and economic role at regional and international level.

And the studio representatives emphasized that in addition to a good local crew base and infrastructure, support from government is important to implement a reasonable, balanced, and competitive film tax incentive program.  Participants talked about the tremendous economic, cultural, educational, and social dividends that can flow from such an investment.

Senator Dodd also delivered a keynote at the RFC, emphasizing that creators have to be protected and continuously fostered by strong copyright and intellectual property frameworks, and measures have to address growing online and TV piracy.

“Incentive programs have been tremendously successful throughout the United States and other parts of the world, both in attracting production, and encouraging local film and television development.  However, investing in the infrastructure of a film industry is not enough. We must always remember that, without strong copyright and intellectual property protections, even the most robust storytelling culture will fail to foster a thriving creative industry. These principles have been the lifeblood of the global film and television industry for the past century, and are only growing in importance with new technologies as they emerge.  As technology continues to advance, and it is at warp speed, and as the incredible number of options for creating and consuming content continues to expand, audiences everywhere are relying more and more on digital and online platforms to watch films and television shows.”

The delegation was provided with a behind-the-scenes look at the infrastructure that is already in place and learned about Jordan’s incredible diversity of filmmaking and exceptional filming locations, such as Petra, Wadi Rum and the Dead Sea.  The group also met with young aspiring filmmakers at the RFC Salt Film Center, to which Senator Dodd referred when he commented:

“So now, more than ever, it is critical to tell your own stories, define yourselves, and invite the world at large to understand you, your culture, your values, and your beliefs. This is an important moment for Jordan, an important moment for the Arab world, to share your own stories with your community and with the world at large. Arab culture is replete with deeply vibrant written and oral histories and film, television and the internet must be an important means of communicating that story and those traditions to a larger audience.”

In concluding his comments, Senator Dodd thanked the RFC and Jordanian officials and pledged to work together in the future: “My team and I are honored to assist the RFC in creating an environment in which our industry can flourish and to help Jordan develop as a film and television hub in the Middle East.”

For a full copy of Senator Dodd’s speech, click here.