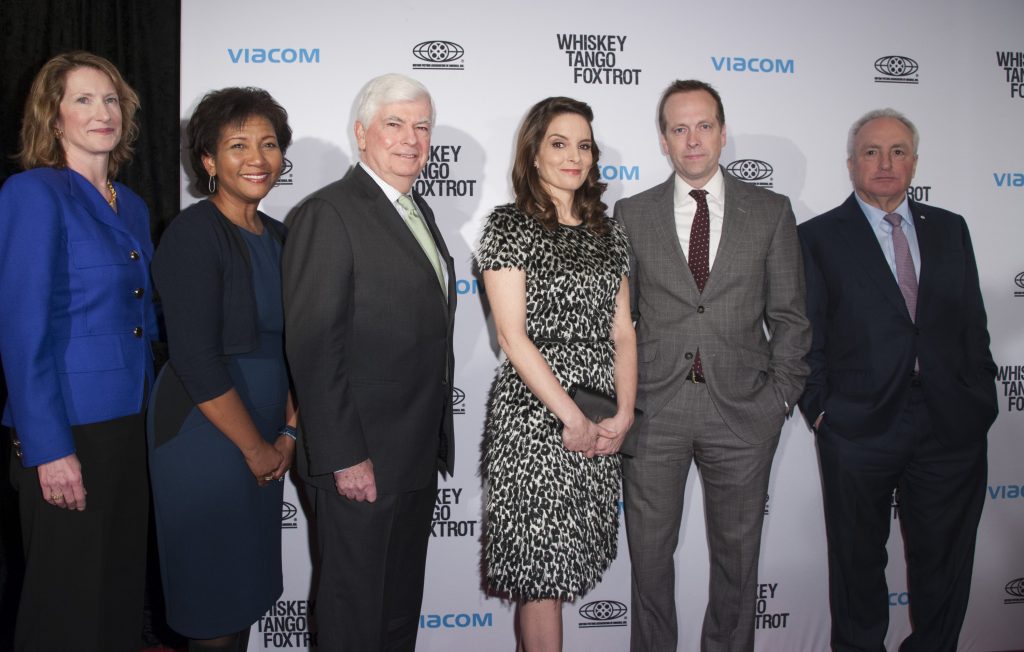 Whiskey Tango Foxtrot is based on the true story of Kim Barker, an American journalist that reported from Afghanistan and Pakistan in the early 2000s. The evening’s discussion focused on wartime journalism, the creative process behind bringing Barker’s true story to screen, and how and why filmmakers chose to base the production in New Mexico.

On the decision to film in New Mexico, Fey cited the mountainous desert terrain, access to the Kirtland Air Force base, and the state’s film tax credit program.

“For us, the terrain matching well was great. And there are tax credits for our industry in New Mexico,” said Fey. “We were also very generously given access to Kirtland Airforce Base…. It was a perfect combination that made the movie possible.”