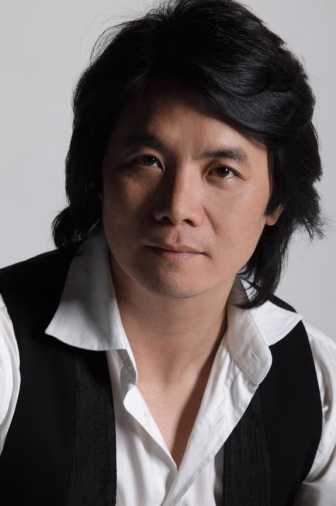 What Is Next For The Film & TV Industry In China?

I’m currently finalizing my new film, “Lord of Shanghai,” which celebrates a legendary woman and tells the story of how she rose to become the lord of the Shanghai triads.  For the first time, I have had the opportunity to experience shooting, a film that pays tribute to my hometown of Shanghai – also known as “the paradise of risk-takers” since its birth in the mid-1900s – and it has been an exhilarating one.  But, more importantly, I hope that “Lord of Shanghai” is able to become the first Chinese movie of its genre to speak with a universal language and appeal to a global audience.

Looking back on my career as a filmmaker, I’ve always strived to make films that incorporate a global vision, beginning almost two decades ago with my first film, 1995’s “Warrior Lanling.”  With 1998’s “Lani Loa – The Passage,” I became the first Chinese mainland director to make an English language Hollywood film.  And in 2006 I made “Prince of the Himalayas” – a Tibetan interpretation of Shakespeare’s “Hamlet”.

This boom at the box office has been wonderful for Chinese filmmakers like myself and our industry as a whole, but It occurs to me that in addition to these great numbers the Chinese film and TV industry has even more to offer. In June, I had the privilege of attending and speaking at the Global Film Industry Value Chain Development Forum jointly held by the Motion Picture Association (MPA), the Shanghai Theatre Academy (STA) and the 17th Shanghai International Film Festival (SIFF). Dispensing with the rhetoric, the forum asked the question: what’s next for the film and TV industry? How can we develop further as a mature, self-sustaining, economically and creatively successful industry?

The answer is that while our production, distribution, exhibition and marketing businesses have developed in response to increasing audience demand for a wide range of movies, there remain numerous opportunities to establish ancillary businesses that make up the broader film industry value chain – from film finance to venture capital; production and distribution to cinema exhibition; and from studio theme park development to merchandising. These businesses will enhance audiences’ movie going experiences and also increase the depth of economic and cultural contribution to China. The successful development of these additional businesses will benefit from an ongoing dialogue between the country’s tertiary academic institutions, where research and analysis will best inform the long term strategic direction of the film industry. These businesses will also benefit from multi-lateral partnerships and arrangements with mature and established film businesses around the globe.

As a Shanghai-born director, I am inspired by the range of opportunities that lie before our industry and I feel fortunate to have the opportunity to work with new generations of talent looking to enter the Chinese film industry. Between my film, TV and theatre projects, I have the pleasure of working with young directors at the School of Film and Television (STA) where I serve as president and professor. The STA is at the forefront of developing programs to help nurture new talent to meet the growing demand for China’s expanding film and TV industry value chain.

These are exciting times for our film and television industry. I have no doubt that the next decade will see the establishment of a highly sophisticated business that we can all be proud of. And I hope that, with its entrepreneurial spirit, Shanghai will be at the forefront of this new frontier.

Named “one of the most exciting and dynamic directors to emerge from China” by The Hollywood Reporter, Sherwood Hu is the President of the Film and Television School at Shanghai Theatre Academy. As the founder of MIA Centre (Media Image Art), he contributes a lot of his time to study a new entertainment art form mixed with film, theatre, computer arts, digital science and high tech engineering in a dome environment.