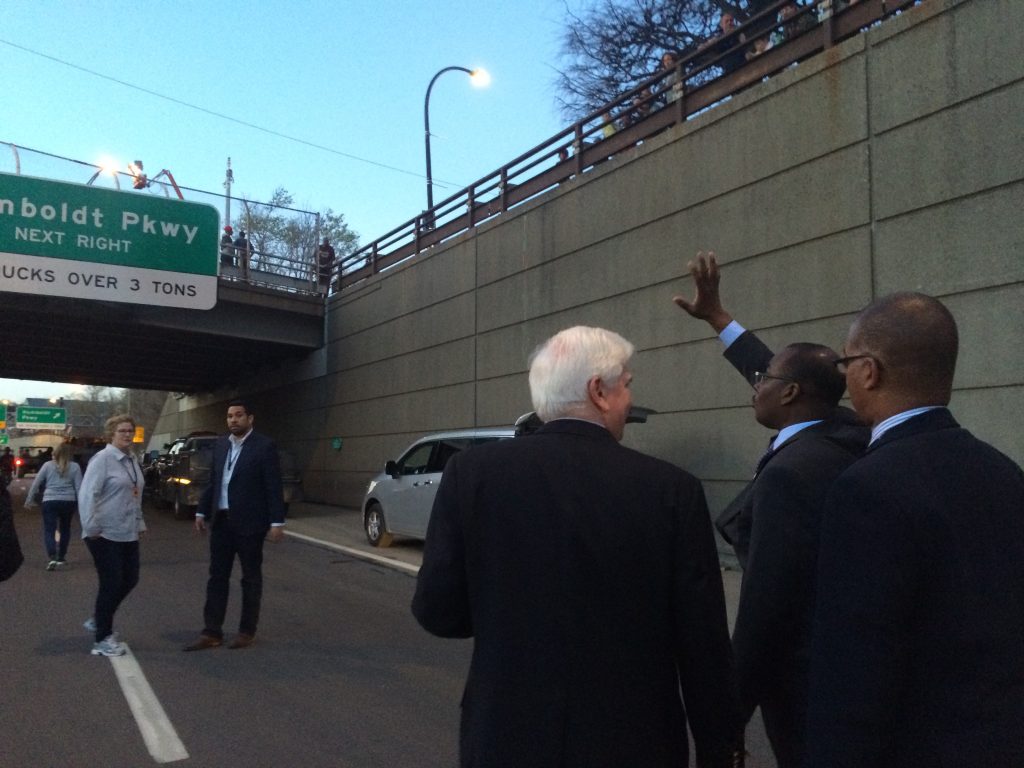 Just a quick look around the set made it clear that the production is positively impacting the local economy. The shoot was bustling with hard working local men and women, and the presence of locally rented equipment was easy to see.

While it’s more well-known that New York City is a hotbed for productions, many often overlook the fact that major productions like “Teenage Mutant Ninja Turtles 2,” along with the rest of the film and TV industry, take place and benefit a host of counties all around New York. And when these productions call a local community home, they create jobs and lift small businesses across all industries. The latest state economic profile details that New York’s motion picture and TV industry supports almost 95,000 jobs and pays $9.8 billion in wages.

This rise of New York as a first-rate location for shooting films and TV shows can in large part be attributed to the state’s competitive tax credit program. And in particular, the economic activity in Buffalo and upstate New York can be linked back to New York’s number of policies designed specifically to distribute the economic activity of the film and TV industry around the entire state.

That’s why in brief remarks to gathered press, I thanked Mayor Brown, Governor Cuomo and the state’s lawmakers, among others, for implementing competitive policies and being welcoming hosts.  I believe the production of “Teenage Mutant Ninja Turtles 2” is an ideal example of exactly what they sought to achieve.

Of course, “Teenage Mutant Ninja Turtles 2” is only one example of the motion picture and TV industry’s positive contribution to New York this year. According to New York Economic State Development, to date in 2015, 50 productions have applied for tax credits, with a New York spend over $652 million and 43,850 hires.