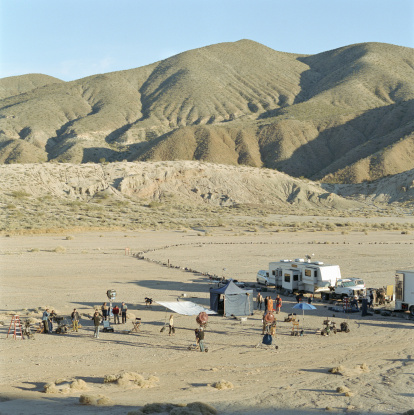 A USA Today story that posted last night on the economic impact of statewide film and television production tax credits unfortunately omits important facts that would have been helpful in presenting a balanced story.  While the piece accurately notes that productions spend heavily with local vendors and small businesses including lumber, dry cleaning and lighting, it fails to take a comprehensive look at the economic benefits that have been reaped by states that have built and maintained a robust credit program.  The motion picture and television industry is a portable one, and producers need a consistent, reliable economic environment in order to plan to bring production to a state.  That’s why states like Georgia, Illinois and New York have enjoyed such economic benefit in the form of jobs, spending and tax revenue.  You can read about some of their successes here, here and here.   Numerous studies over the past two years have shown that incentive programs for film and television production have resulted in a significant return on investment for a number of states including Massachusetts, North Carolina, New York and Florida.  Unfortunately, the story doesn’t mention any of this data.    These programs generated new revenue for state coffers, created tens of thousands of jobs and stimulated business for local vendors.  In short, they provided an important economic boost to the state.  Here are a few highlights from those studies:

Nearly 40 states around the country have implemented programs to encourage the local production of movies and television in their communities for one simple reason: motion picture and television production is a driver of local economic growth and capital investment.  When looking at the economic impact that these credits have on local economies, it’s important to look at the whole picture.   More state-by-state statistics on the production tax incentives can be found HERE.