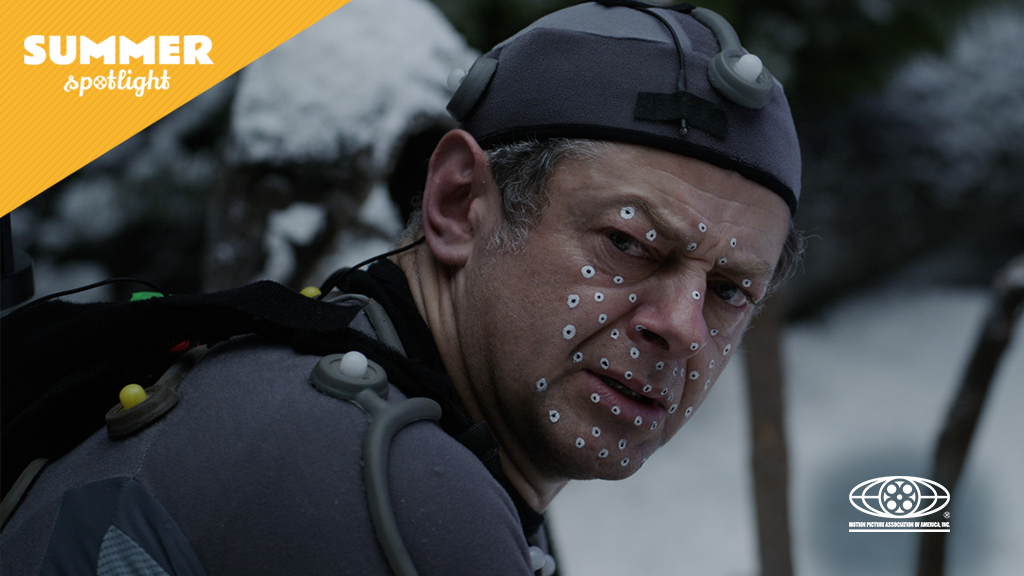 Tech Transformations: The Planet of the Apes Then and Now

In 1968, 20th Century Fox’s The Planet of the Apes opened to critical acclaim. At a time when science fiction stories were not taken seriously, the story of an astronaut crew crash-landing on a future planet where apes are the dominant species, captured the imaginations of audiences around the world.

From prosthetic makeup to motion capture technology, the Apes series has continually pushed the boundaries of bringing animals – and the character behind them – to life on the big screen.

In 1968, The Planet of the Apes production team hired hundreds of technicians and the largest number of makeup artists ever assembled to help create a world in which evolution had been turned upside down. The team was led by artist John Chambers, who initially developed his talent creating prosthetics for wounded soldiers during his time in the Army. To create the apes’ masks, Chambers developed several entirely new techniques still in use today, including a breathable foam latex, face paint that did not crack, and matte adhesive, among other advancements. Chamber’s groundbreaking work creating the apes’ masks earned him an Academy Award and inspired a new era in film makeup.

Fast forward to today’s War for the Planet of the Apes, the apes look even more realistic thanks to highly advanced motion capture technology. The film’s actors – led by Andy Serkis, who pioneered this technology onscreen as Gollum in The Lord of the Rings films – wear mo-cap suits (motion capture), which map their every movement, including facial expressions. The film’s digital effects company, Weta Digital, then marries their performances onto the CGI-created apes. In other words, the technology allows the directors to capture real actors’ performances and track that into photo-real apes who audiences can not only relate to, but cheer for – and the results are remarkable.

See for yourself in this video from 20th Century Fox.

The Planet of the Apes films aren’t just pioneering new makeup and technology. They are changing the definition of a Hollywood franchise.

The original The Planet of the Apes became the first film series to tell a single, complete story over several installments. It launched a television show, animated series, comic books, and changed the way film-related merchandise was marketed and sold. Today, War for the Planet of the Apes, is redefining the “summer blockbuster,” with a darker, emotionally complex storyline that has critics raving.