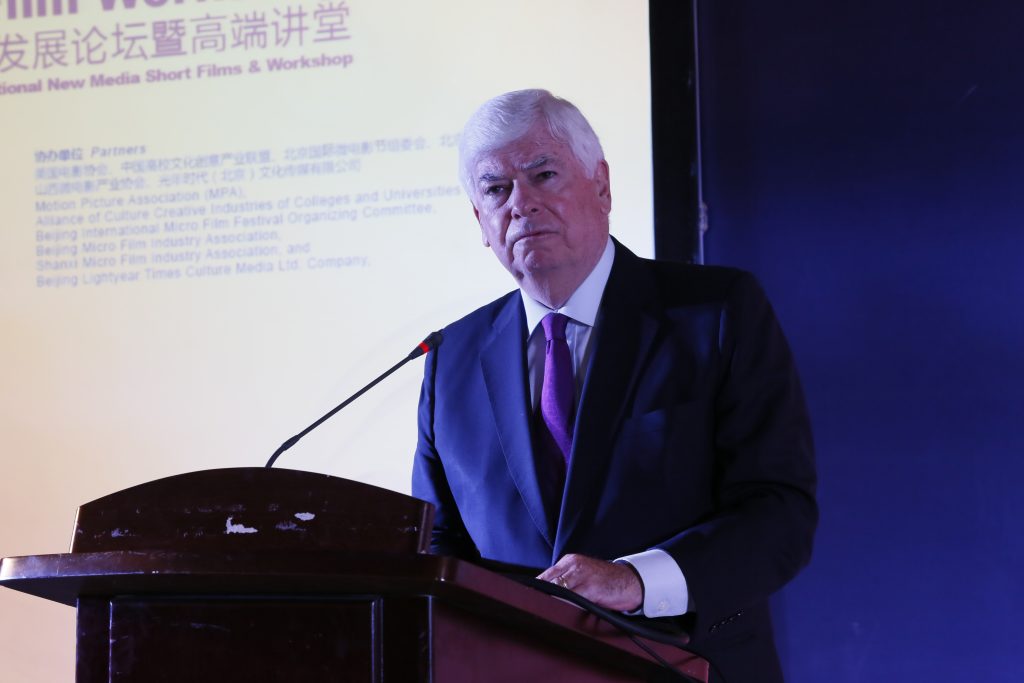 Senator Dodd Praises the 2012 WIPO Treaty While in China

Two years ago, after nearly two decades of advocacy from audiovisual performers and more than 12 years of active negotiations, 156 WIPO member states came together in Beijing to make history and create the first intellectual property treaty of the 21st Century: the 2012 Beijing Treaty on Audiovisual Performances. This was a great moment for film and television industries throughout the globe.

Earlier today, while speaking before a WIPO conference in Chengdu, China, I had the opportunity to thank stakeholders for taking this monumental step forward in protecting the men and women who make up such an important part of this industry.  I also urged that they continue pushing forward in their efforts to promote the continued success of film and television industries throughout the globe through IP protection.

Despite the many economic and social benefits that a strong film and TV industry contributes all over the world, international standards have sometimes fallen short of what is necessary to support these industries and the millions of men and women who work in them. But now, thanks to the Beijing treaty, all of that is changing.

In a world growing ever more digital; where technology offers as many dangers as it does new opportunities, an international set of standards for protecting the rights of audiovisual performers could not come soon enough.

By strengthening their economic and moral rights, the Beijing Treaty gives audiovisual performers greater control over the use of their performances, more opportunity to earn an income from their work and provides them with increased protection in the digital environment by contributing to their safeguarding them against the unauthorized use of their performances.

This treaty is a powerful example of how, working together, nations and stakeholders within the IP community can effectively fight back against content theft and piracy. The 156 member states, 6 intergovernmental and 45 non-governmental organizations attending the final diplomatic conference in Beijing demonstrated not only a remarkable determination to finally complete this treaty, but a flexible, positive approach to the negotiating process that made it possible.

As a result, we now have a substantive treaty grounded in the foundational principles of existing international copyright frameworks, setting a basic and standard level of requirements to follow while doing nothing to force a particular type of copyright system on any participating party.