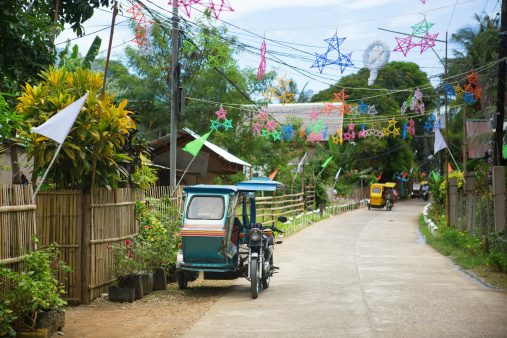 It’s well known that the Philippines is a movie-loving nation, with an admissions per capita rate at 0.7 per cent and a box office that has enjoyed a 25.6 per cent growth in revenue from 2008 through 2012.

I am pleased that in recent years a number of Filipino films have earned recognition in the international arena, and in that respect, the era of digital technology has been a big boost to the industry. In the past, only films with support from the studios were released theatrically. Now, anyone who has produced a film may find a way to the big screen without the getting too involved in any complex contracts. And it looks like it can only get better. The Film Development Council of the Philippines projected that movie screens will increase from roughly 700 to 1,000 in just the next two years – good news for all filmmakers looking to play to a wider audience.

My vision and passion is to discover a new generation of talent. If I were to quote my mentor, Armando Lao – we can never create a wave of Filipino films with a group of only five to ten filmmakers. The more filmmakers we have making more films for a wider audience, the better. However, we face the major challenge of how we develop audience respect and appreciation for our films, which is a long-term educational process.

When I look back on my film career, I think the highlight was when Ang Babae Sa Septic Tank (The Woman in a Septic Tank) was nominated as the Philippines’ official entry for the 2013 Academy Awards for Best Foreign Film. When we made the film, we simply concentrated on telling the best story to the best of our ability, and never imagined the heights it would reach – though I had a good feeling it might go places.

I am gratified to say that the films I got involved in gained some recognition through various festivals around the world. Kubrador (The Bet Collector) – directed by Jeffrey Jeturian, was screened in over 100 festivals and has earned 38 awards both local and foreign.

Here Comes the Bride will remain a personal favorite as it went against commonly held belief that one needed big stars to make it at the box office. The film grossed more than 130 million peso (USD2.9 million). This year, Chris Martinez, Eugene Domingo and I will team up again in Kimmy Dora 3 for the Metro Manila Film Festival, in partnership with Spring Films.

When I first got into film production and saw pirated DVDs of my film productions being sold for the profit of others, I felt robbed of my creation. It felt worse than having money stolen from you. The time and effort my crews and I put into film involves more than a commercial figure.

The experience led me to believe that the best way to empower people is to educate them, which is why I’ve produced and hosted a television show called Legal Forum for the last 21 years.

It’s important to remind everyone that camcording is stealing and you do not need a law to tell you so. The passage of the Anti-Camcording Law in the Philippines played a critical role in helping protect the interests of the local movie industry, which is still struggling from huge losses due to content theft. The law is now regarded as a shot in the arm for our industry when it was needed the most.

However, news headlines this year recorded too many incidents of illegal camcording occurring in our cinemas. While great efforts are being made to prevent these incidents from taking place, even more diligence is required from our screen community and the authorities if we are to ensure that a zero tolerance message is delivered to these criminals. All of us in the Philippines need to take a tough stance as these criminals should not be allowed to damage our vibrant community.  I was honored to receive the MPA Asia Pacific Copyright Educator (A.C.E.) award this year at CineAsia in Hong Kong, and especially so being the first female recipient of the A.C.E. Award. I am just one voice representing the screen community in the Philippines, so I’m fortunate for the recognition.

I believe that it’s vital for all of us to work together to win over our audiences and help them to understand that they are an important part of the film and television value chain. Audiences, creators, distributors and exhibitors need one another to develop a long term, sustainable entertainment and cultural experience that we can continue to enjoy and enrich us.