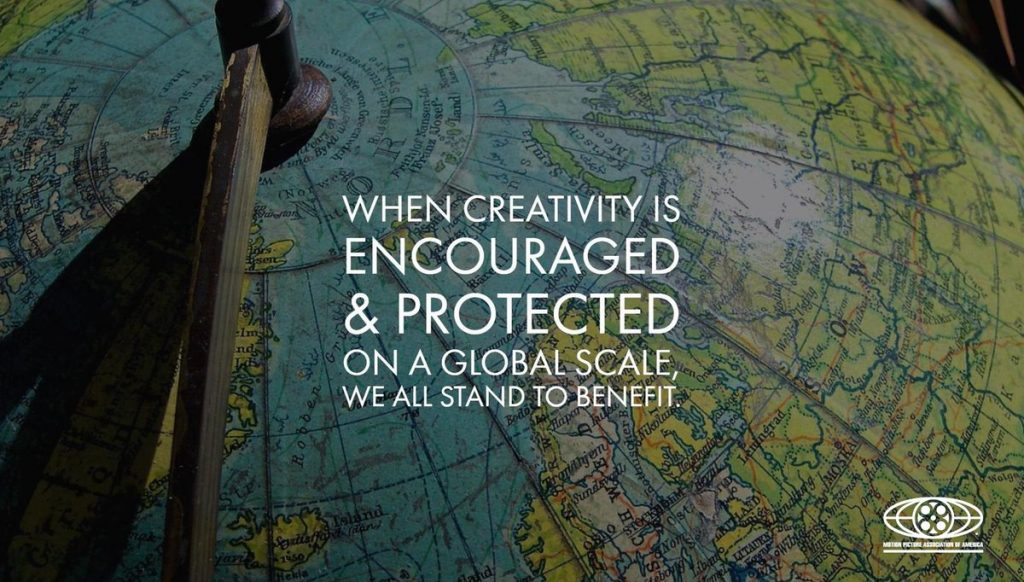 The U.S. film and television industry delivers enormous economic value, drives innovation, promotes free expression, and serves as a global ambassador for our nation’s creativity and dynamism, supporting two million high-paying jobs across all 50 states, paying $134 billion in total wages and registering a positive trade surplus of $13.3 billion in 2015.

The MPAA is committed to a strategy that expands the legitimate market and protects creative content as it flows to consumers through a variety of traditional and new distribution platforms and channels. There are now more than 130 lawful online platforms for film and television content in the United States, and more than 480 around the world, allowing global audiences to enjoy creative entertainment wherever, whenever, and on whatever device.

However, as we outlined in our filing to USTR, the industry and its employees continue to face significant barriers in key foreign countries, including inadequate intellectual property protection and market access restrictions. Especially concerning is the growth of streaming piracy, enabled by piracy devices loaded with software that allows users to stream unauthorized movies and television programs directly to their TVs.

Today, streaming illegal content is now more popular than illegal downloads, representing 42 percent of online piracy. There are now more than 750 websites offering these devices or software. Overall, the top 100 piracy device supplier websites generate more than 16 million visits per month, 3.7 million of which are from the United States, according to Sandvine.

If content theft is allowed to continue unabated, it could devastate the creativity and innovation critical to the development of new works and new online marketplaces. This is why trade agreements with high standards are an economic priority for our industry. Successful and commercially meaningful agreements will promote U.S. jobs and open markets by strengthening the protection and enforcement of copyright, particularly in the online space, and will eliminate quotas, investment restrictions, advertising limitations, and other barriers to U.S. exports.

The MPAA joins the chorus of America’s leading creators and innovators, calling for a U.S. trade policy that protects intellectual property and prevents foreign countries from stealing myriad intangible assets developed by American workers. We look forward to continuing our work with USTR and would like to thank them for their leadership on the issue of foreign market access. Indeed, the work we do together to expand the global market for U.S. films and television programming directly enhances our industry’s efforts to create and sustain high-quality American jobs.