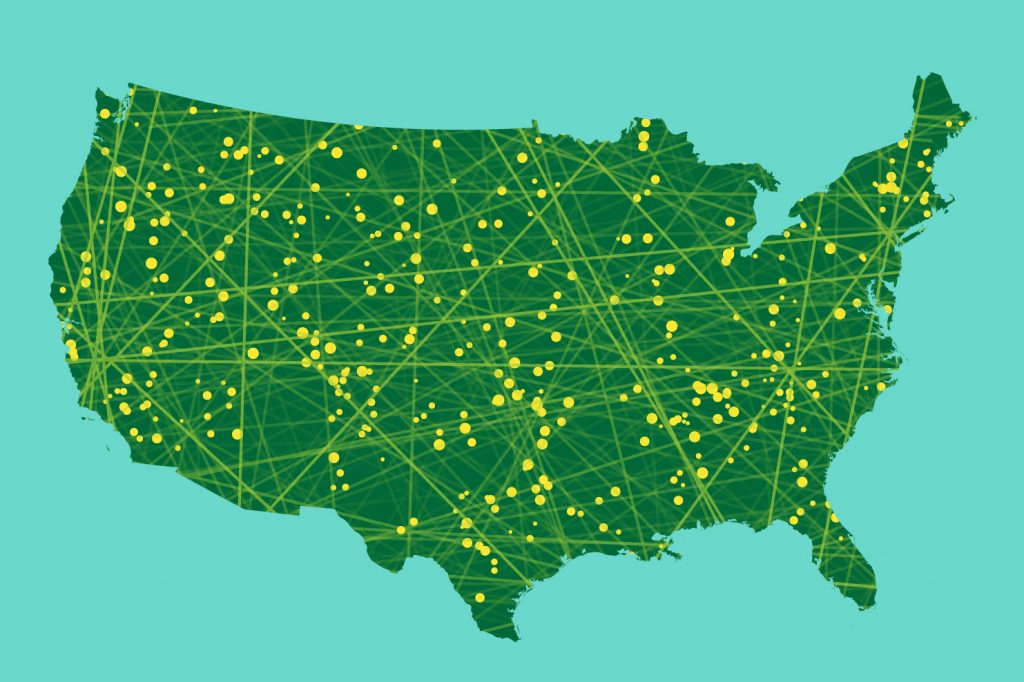 New Report Shows The Benefits That Trade Brings to States

Earlier today, the United States Trade Representative and the Commerce Department released a joint report detailing the impact of trade on the American economy. This report, looking at the effects of trade in each state, reinforces that American trade throughout the world is an important part of creating and supporting jobs here at home. As an industry that exports its creations all across the globe, this is something the American motion picture and television industry has known to be true for a very long time.

According to the report, $2.3 trillion worth of American exports supported 11.7 million jobs throughout the country in 2014. In New York, for example, the report says that trade supported nearly 390,000 jobs; along with another 75,000 in nearby Connecticut. On the other side of the country, more than 775,000 jobs in California and another 390,000 in Washington were supported by businesses that competed in the global market by exporting their goods around the globe. And, despite what many might assume, these weren’t major corporations. More than 97% of the approximately 300,000 companies that exported their products were small and medium-sized businesses – the same type of businesses responsible “for almost all private sector employment growth in recent decades,” and which are “a major source of jobs for American workers.” As an industry that relies on a network of nearly 94,000 small businesses around the country to function, we know the importance of growing local businesses and supporting the people that they employ. And, helping them gain access to global markets is an important means of doing so.

This report comes at an important time as a great deal of attention is being paid to issues of trade thanks to the TPP and TPA. As the report points out, “with 95 percent of the world’s customers living outside of the U.S. borders, there is enormous potential for our businesses – and small businesses in particular – to grow their exports, hire more American workers, and expand their bottom lines.” When the United States chooses to compete in global markets, it’s good news for our economy and our workers. We know this firsthand because our industry has been successfully exporting our creations for many years, and our success in doing so has directly benefited the economy here at home.

As an industry, we contributed $130 billion to the overall economy, maintained a $15.8 billion in exports worldwide and had a positive trade surplus of $13.4 billion in 2013. But our biggest impact comes from the 1.9 million jobs right here in the United States that have been directly and indirectly supported by this industry thanks to that global success. Looking back on those few states that were already mentioned, the film and television industry can claim responsibility for supporting 94,800 direct jobs and another 2,545 indirect jobs in New York as well as 7,899 direct and 2,545 indirect jobs in Connecticut. In California its 186,800 direct and 358,000 indirect jobs, while in Washington the numbers stand at 8,500 direct and 52,000 indirect. Those numbers are only possible because of trade policies that allow us to compete in global markets.