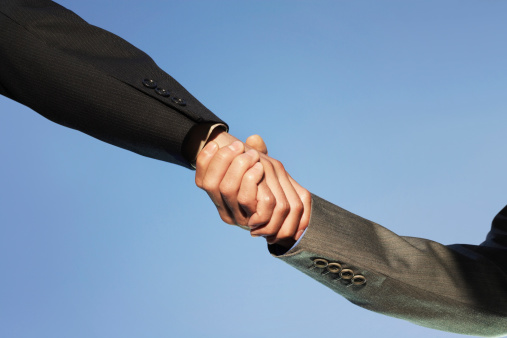 There is no denying that the world we live in today is growing increasingly interconnected.  A century ago, traveling across the Atlantic Ocean meant living aboard a ship for over a week; today you can fly across it in a number of hours.  Communicating with someone on the other side of the globe meant sending letters that would take weeks to arrive; now you can Skype with a friend in real time.

Nations everywhere have recognized our world’s growing interconnectedness and have responded by lowering trade barriers and allowing products made in one country to be imported and sold in another market, so that today the majority of countries are importing and exporting more goods than ever before.

Here in the United States alone, more than 13% of our GDP comes from the goods and services we export throughout the globe and we continue to remain the world’s largest importer of goods.

As our leaders forge ahead on negotiating new trade agreements with nations across the globe, the good news is that, according to a new poll, conducted by the Council on Foreign Relations and the Pew Research Center, the overwhelming majority of Americans (77%), regardless of education or political party, believe that growing trade and business ties with other countries is good for the United States – that number is up by 24 points since 2008 when America found itself in the midst of the Great Recession.

And if that weren’t enough, two-thirds of those surveyed said that great involvement in the global economy is a good thing because it opens up new markets and opportunities for our industries to grow.  As an industry that does a tremendous amount of business overseas – international box office for 2012 was nearly $24 billion – the American film industry couldn’t agree more with that sentiment. Our industry has a positive balance of trade in every country where our products are found and accounted for more than $14 billion in American exports in 2011.

The ability to release our content and our products into global markets is what helps employ the 1.9 million American men and women whose jobs are dependent on the film and TV industry every day.  And it is why the American film industry, along with other U.S. copyright industries, accounts for nearly 6.5% of the total GDP and contributed more than $1 trillion to the economy according to a recent study conducted by the International Intellectual Property Alliance (IIPA).

The success of the film and television industry’s expansion into new markets, and the ability to export our products throughout the globe has not only helped our companies, but has benefited millions of American workers. And as we continue working to find new trading opportunities with partners throughout the world it’s good to see the American people recognize the significant benefits that increased trade can bring.